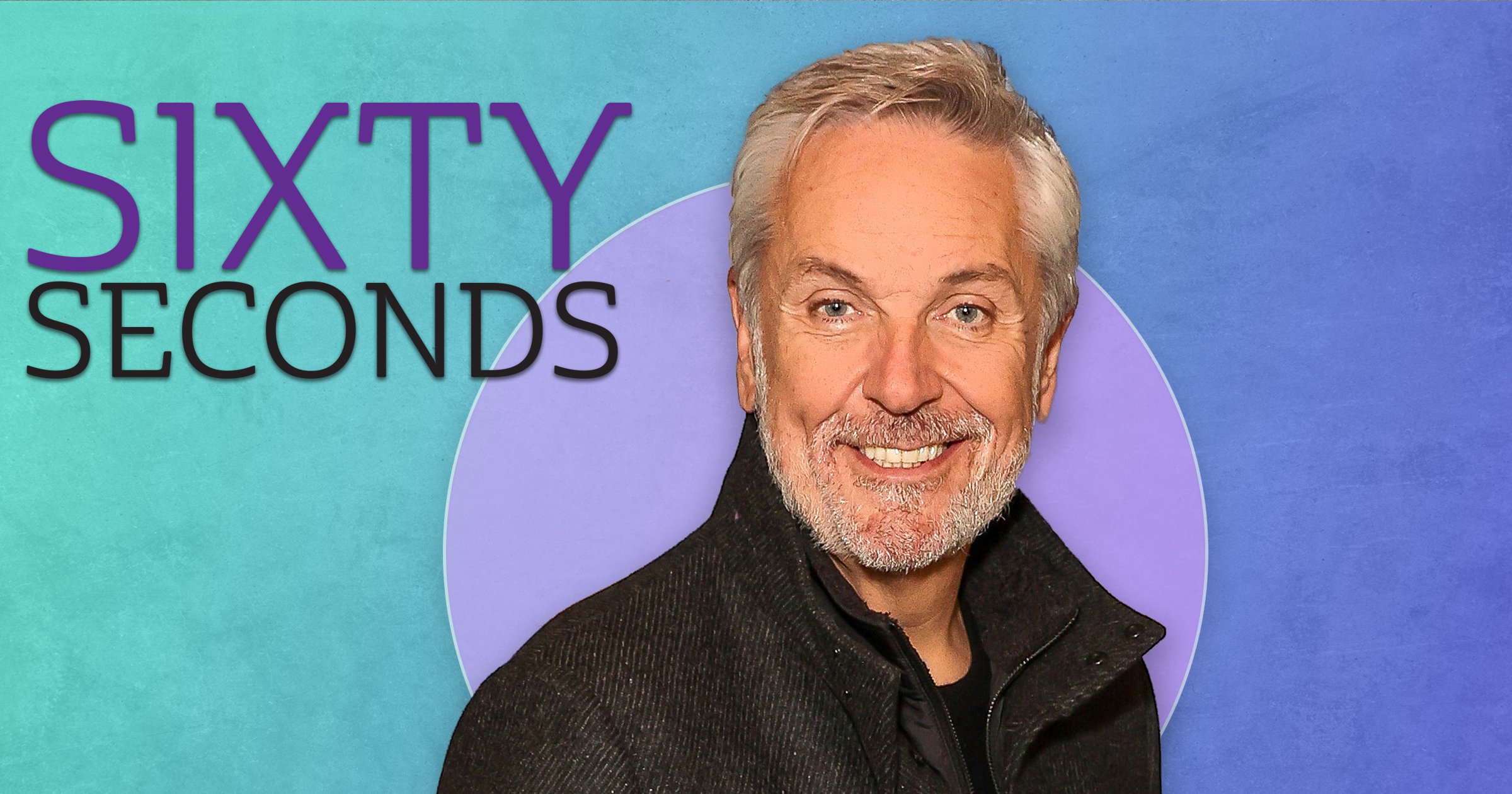 The actor/comic, 59, on working with ‘soap royalty’, fooling Bradley Walsh and waiting for his call-up to Line Of Duty.

You’ve joined EastEnders as Sonia’s long-lost dad. Was it difficult to keep that secret?

No, I just didn’t tell my mother. She is a huge EastEnders fan. I know to all her friends she would be like, ‘Now, don’t tell anyone but…’

Had you met Natalie Cassidy, who plays Sonia?

I’ve met Nat at charity functions and I used to do a show called The TV That Made Me, where I interviewed guests about their favourite shows, and she was one of my guests.

Nat’s lovely and soap royalty. To have her explain the ropes is great because it is like joining a speeding train.

Funnily enough, her and her kids came round my house when it was half-term.

Your character, Terry ‘Rocky’ Cant, has settled in well. How’s it been on the sets for Albert Square?

There are three big studios at Elstree. I did go into the wrong one not so long ago and sat there waiting – ‘where is everyone?’

I didn’t realise there was three. But the lovely thing is the help you get from everyone.

They all say, ‘Brian, we have all walked in your shoes. We all know how terrifying it can be.’

What can you say about Rocky?

Sonia had a stepdad, Alan, who she loved very much. Rocky had already cleared off and then I reappear after 35 years, trying to explain to her why I haven’t been there for so long.

I like the character. He’s very much me. He’s a cheeky cockney. My dad was a cab
driver.

I was born in Paddington. I lived in Kilburn until I was about eight and
then moved to Wembley. He is me.

Did your dad use to pick you up in his cab?

Oh yeah, very much so. And I liked driving it. Obviously I wasn’t allowed
to pick up customers.

When Dad died they asked for his badge back. I told them where to go. I’ve got his badge framed up in our hall in its little leather pouch.

This week Rocky is trying his luck with Kathy Beale. Would they make a good pair?

Yes, I think so. They are of a similar age and she’s single. But Shirley Carter is
also making a play for Rocky. She tries to lace me with alcohol in the Vic.

That was very weird because Rocky is drunk and I haven’t had an alcoholic drink in
17 years. I kept saying to props, ‘Is this really not alcohol?’

Alcohol-free beer has come on leaps and bounds. This tasted just like real beer.

Have you had to film any romantic scenes yet with your real wife Anne-Marie standing in for an actor for social distancing?

That very first scene where I bump into Rainie, played by Tanya Franks. That was
actually Tanya’s husband, not me, bumping into her.

They are so strict with it and quite rightly so.

You’ve said that you’re an old romantic. What would your wife say is your most romantic gesture?

I proposed as a knight in full armour. On a horse. With a choir.

It’s our silver wedding anniversary in August. We’ve known each other 31 years.

Rocky also has to fix a leak in Sonia’s kitchen this week. How are your own DIY skills?

I love a bit of DIY. I’ve got a work bench and a vice in the garage.

We know that Rocky likes to embroider the truth a bit. What’s the most unlikely tale you’ve heard about yourself?

I always used to know if people had just read Wikipedia when they interviewed
me because it used to say that I was a huge Arsenal fan and that I’ve got a
season ticket.

You were in The Grimleys, which Line Of Duty’s Jed Mercurio created. What was Jed like to work with back then?

Jed was amazing. He had trained as a doctor and these were early days for
him in TV. I’m just grateful that he got me the job – and upset that I haven’t done anything else with him!

You should have been called in by AC-12.

I know! And he came round for dinner once…

Slade frontman Noddy Holder was also in The Grimleys. Any wild nights out?

I love Noddy, he is a legend. I still keep in touch with him. It’s our favourite Christmas card. He always sends us one and all he puts inside it in big capital
letters is: ‘IT’S CHRIIIISTMASSSS!’

During the Euros, EastEnders will box-set episodes on BBC iPlayer, with all four episodes dropping weekly on Mondays for three consecutive weeks