“It was Ed who introduced the Murray family to this wonderful game of golf,” the actor’s clothing company William Murray Golf says 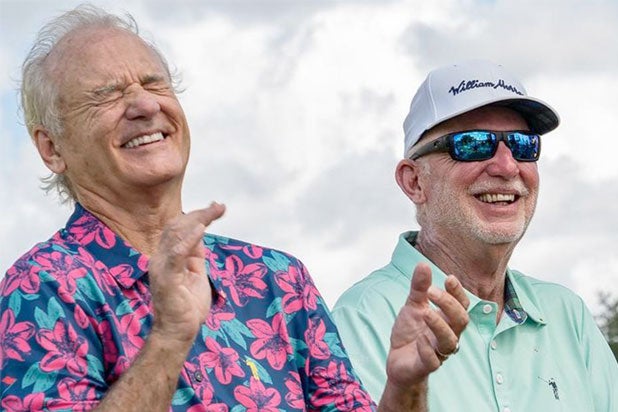 Ed Murray, whose boyhood job as a caddy at a Chicago-area golf course inspired his actor brother Bill Murray’s hit 1980 film “Caddyshack,” has died at age 67.

“It’s with the heaviest of hearts that we announce the passing of the legend Ed Murray,” the post began. “Named after the family patriarch, it was Ed who introduced the Murray family to this wonderful game of golf — by way of caddying at Indian Hills Country Club — at the age of 10, no less. (They don’t make ‘em like that anymore.)”

In 1963, Ed Murray earned an Evans Scholarship to attend Northwestern University — an event that inspired the Michael O’Keefe’s Danny Noonan character in Bill Murray’s hit 1980 comedy “Caddyshack” — which was co-written by brother Brian Doyle-Murray (along with Douglas Kenney and director Harold Ramis).

The film proved such a hit that it helped launch the Murray brothers’ venture into golf-related apparel and accessories. In 2015, all five Murray brothers were inducted into the Caddie Hall of Fame, an organization honoring the role of caddies in the sport.

William Murray Golf’s statement concluded: “It was an honor for all of us to get to know Ed and to spend time with him over the past half decade as we’ve built this brand with the Murray family — and his loss is a hole that will never be filled.”