Dame Emma Thompson has said that taking part in nude rehearsals for her new film Good Luck Leo Grande with her co-star Daryl McCormack and director Sophie Hyde helped her deal with her body image issues on set.

Opening up about how she prepared for what could have been some very intimiating scenes, Dame Emma explained that she ‘doesn’t like’ her body, but that Sophie came up with a way to make everything feel more comfortable for the actors.

‘We were very lucky,’ she told Metro.co.uk.

‘We had a rehearsal period and one day, Sophie set aside for us to be together and actually we all took our clothes off.

‘So we were all sat naked together and we just talked about bodies, we talked about what we didn’t like, and, because I don’t like my body, it’s a little bit hard because you just think, “Oh well…” But actually, because I trusted Daryl, I just knew that he’s not going to be judgemental – even internally judgemental actually, because he’s just not that sort of person. And Soph as well. 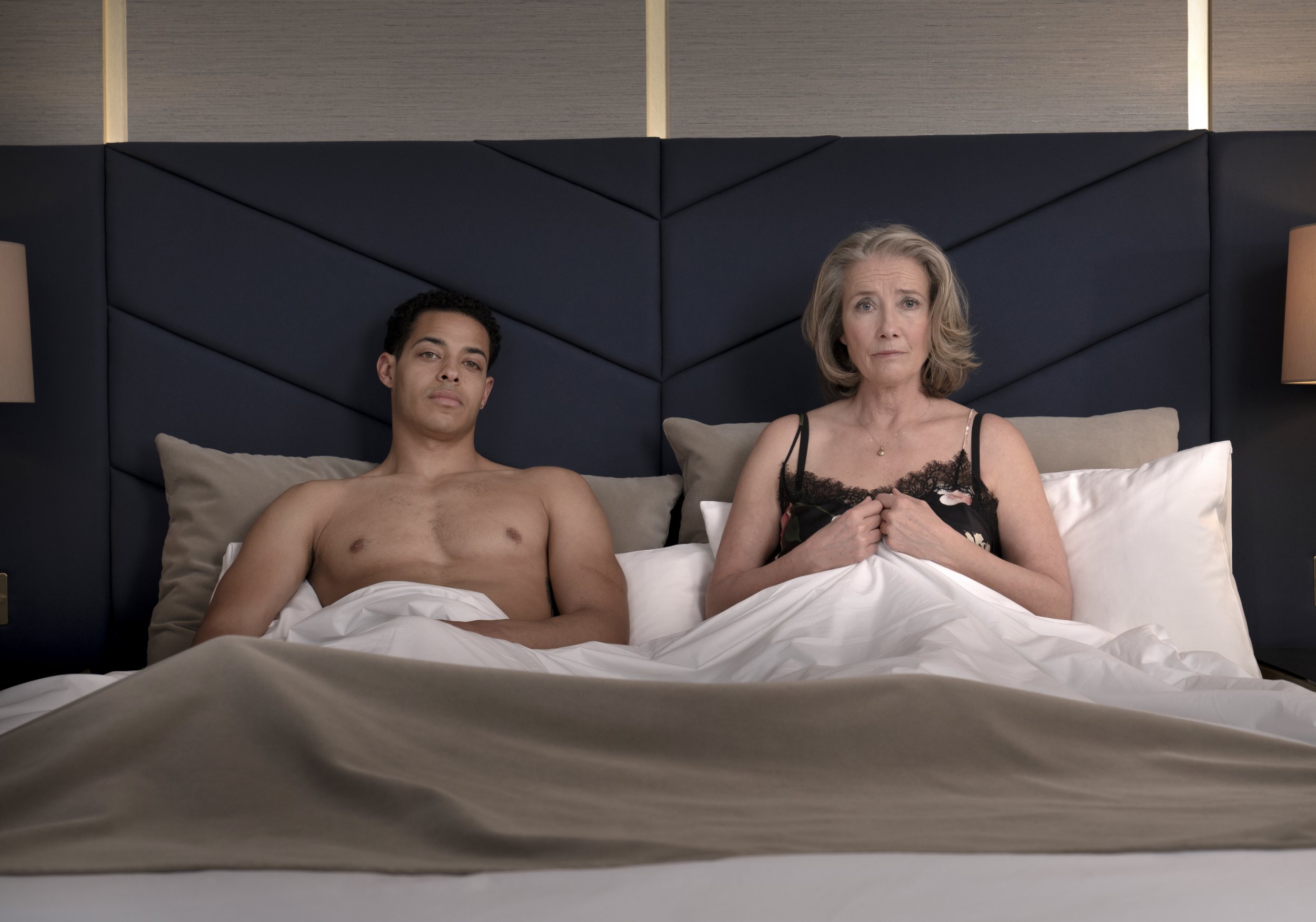 Dame Emma, 63, added: ‘With sex scenes sometimes on film, it can make you just a bit-‘.

Daryl, 29, interjected: ‘It makes you freeze a little.’

‘It does a wee bit,’ Dame Emma continued. ‘It’s a bit aggressive. And Soph managed to shoot it so that nothing is too much. There’s nothing too graphic. And yet it’s not dishonest. None of it is dishonest. And that was an amazing thing for her to have managed.’

Daryl went on to say: ‘I think the whole process from beginning to end, internal, the physical, it was all so mapped out and delicately and beautifully held by the three of us so it just felt like such a joy to navigate through every sigle bit of that and for Sophie to really orchestrate a space where we could really personally belong in that place…we knew there was a film here that meant so much to us.’

Meanwhile, Sophie, 45, added that Dame Emma and Daryl ‘said to me they wanted to get naked together and with me in the rehearsal room before they were on set.’

‘They didn’t want the shock of being on set and doing that,’ she went on.

‘And then Emma made a joke about me doing it too. And I was like “Hahaha,” and she was like, “No, of course not.” And then I went home and I was like, “Ah that was a bit of a challenge.” And then I thought, “I’m asking so much of them, I’m gonna create something.”‘

Sophie pointed out that it wasn’t about her telling them to ‘check out each other’s bodies,’ continuing: ‘It was taking things off like socks and talking about our feet – things that our body was used for.

‘Our bodies were introduced to each other as tools, homes, bodies – not visual things.

‘And so it was quite different, a different experience than what we’re used to. It was really freeing and next minute they’re doing sex positions around the rehearsal room and I’m kind of putting my clothes back on!

‘But it really helped. It meant that that was not something they were afraid of. They just were doing that, they were comfortable with it. And everything else was the challenge – all the intimacy and those things. But they led it. I felt like it was their set.’

Good Luck To You Leo Grande is released in UK cinemas on June 17.