Emmerdale fans were left seething after they watched tonight’s episode; Leyla Harding (played by Roxy Shahidi) was led to believe her boyfriend, Liam Cavanagh (Johnny McPherson) had persuaded Gabby Thomas (Rosie Bentham) into bed. Those watching at home know Gabby has been jealous of Leyla and her relationship with Liam, and in a bid to get the older woman’s undivided attention, she has been slowly destroying Liam. But, it seems the storyline went too far for many soap fans and they blasted the writers’ ideas.

“This is insane!” Liam exclaimed and Leyla added: “Maybe, but either way, I need to speak to Gabby first, alone. So if you wouldn’t mind giving us some space, it’s not a request.”

“Okay, fine. But you’ve got this so wrong,” the doctor said and left the office.

“I hope so, I really do,” Leyla remarked then turned to Gabby and said: “Do you want to know why I cancelled lunch today? I wanted to see where you’d go, and here you are.

“Is Liam the reason why you’ve been avoiding me?” 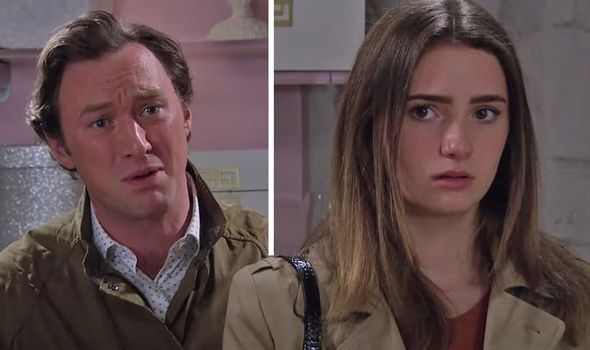 Gabby slowly nodded, indicating a yes, and Leyla continued: “It’s okay, you can talk to me.

“I mean it, whatever has happened, it’s not your fault, this is not on you. Has Liam… has he tried to take advantage of you?”

Gabby replied awkwardly: “I’m sorry he just wouldn’t leave me alone, I went along with it, I don’t know why.”

“So you’ve slept with him?” The Take A Vow owner asked and Gabby didn’t have time to confirm or deny the question because Liam stormed in.

He was furious and demanded: “Okay, enough’s enough, what’s she told you? 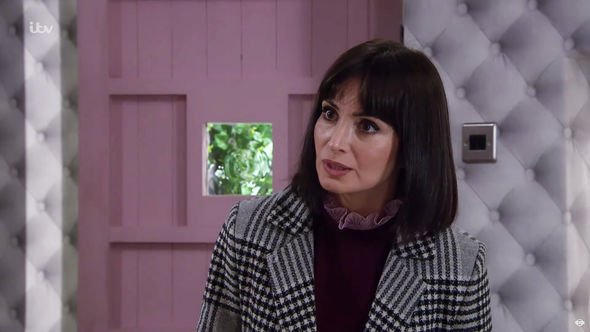 “This is crazy, Leyla, Leyla look at me. Whatever she’s told you, she is lying.

“Gabby, you are now playing a very dangerous game, this is how lives are ruined – you must know that!

“This is someone’s life you’re messing with here, it’s my career, my reputation, it’s everything!”

After a few moments of silence from the teenager, Liam said: “Okay, alright, it’s time we put Leyla in the picture don’t you?” 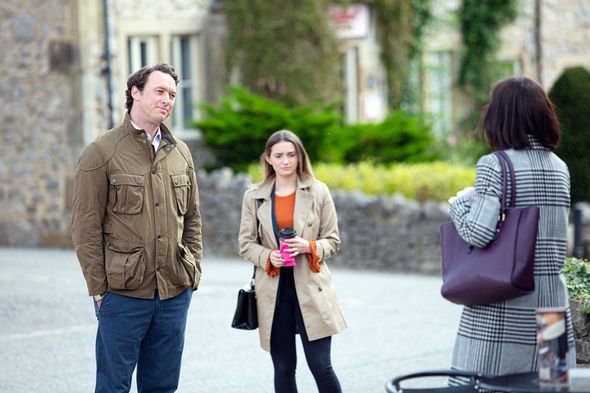 But Leyla silenced her boyfriend and said to Gabby: “Everything’s going to be alright.”

“I never laid a finger on her. At least tell her that much – please,” Liam pleaded and Gabby finally said: “Look, I can’t,” before leaving.

Those watching at home took to Twitter to express their opinions on this relatively new storyline.

“The sooner Gabby’s character gets written off, the better. #Emmerdale,” one said.

Another wrote: “This is a gross storyline. Victims are scared enough to come forward without Emmerdale portraying a man being wrongly accused of being a sex predator #Emmerdale.”

“Wtf is going on in emmerdale. I HATE Gabby so so much and as for Leyla she is beyond stupid #emmerdale,” someone asked.

A fourth chimed: “So p****d off the writers have let Leyla think this is another Maya/Jacob situation!!! So f*****g ridiculous!!!”

“Gabby is making some very brash claims and is playing with some very hot fire. I feel that her lies may catch up with her  #Emmerdale,” a viewer fumed.

Meanwhile, one other predicted: “Gabby gonna end up in Australia. #emmerdale.”

It comes after the actor spoke about this new storyline arc.

Johnny said his character is not being “directly accused”.

“But Gabby does sufficiently little for Leyla to get the wrong end of the stick and to think that Liam might have done something untoward,” he added.

“Liam is absolutely devastated, the idea of somebody that you love thinking you’re capable of doing some inappropriate with someone who’s 18, 19, and has effectively been a daughter, is so outrageously inappropriate.

“It goes beyond being angry or frustrated. He’s absolutely devastated.

“I think to jump to a conclusion as quickly as Leyla does, that will be difficult to get over,” the actor remarked.