EMMERDALE fans are convinced they have spotted a clue proving who April Windsor’s troll is.

The schoolgirl is being terrorised online by cruel bullies after she set up a grief page to help others like her who had lost a parent. 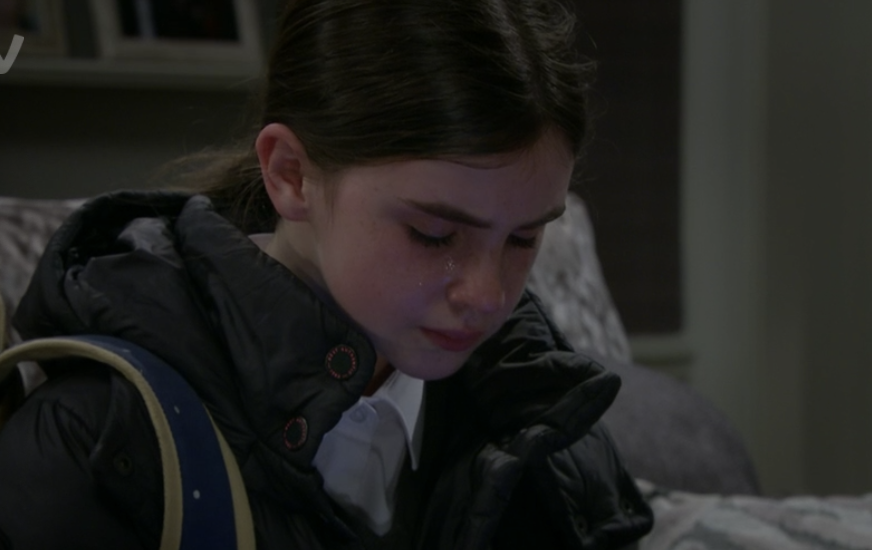 But in tonight’s episode two girls from school began to mock her in person – only for her aunt Cathy to scare them off.

However, Cathy seemed very interested to ensure that April wouldn’t tell her dad about the trolling abuse she is getting.

And later she disappeared just as April got another vile message – convincing fans that she is the troll.

She sat with April seemingly trying to cheer her up, but suddenly changed tack when April’s dad Marlon approached.

“Are you definitely not going to tell him?” Cathy said spotting Marlon.

As April said he couldn’t help her, Cathy looked overjoyed.

She said: “Probably for the best, he’d only want to go to school and make it into something bigger.

“Plus now it’s the holidays the chances are whoever is doing it will stop.”

Cathy then made her excuses and insisted she had to rush off as Marlon approached.

And as Marlon tried to talk to April, she got a notification on her phone.

Once it was gone, she looked down and saw another profile called Dead Donna had been set up.

Realising they were now using her mum against her, April began to sob.

Viewers are heartbroken for her – but think Cathy’s swift exit proves she is the vile troll.

One wrote: "t’s definitely Cathy cyber bullying April. She’s a little cow that one. She has a tendency to bully people #Emmerdale."

Another added: "Cathy not wanting to tell Marlon. She's either guilty herself or could she be covering for Heath perhaps? #Emmerdale." 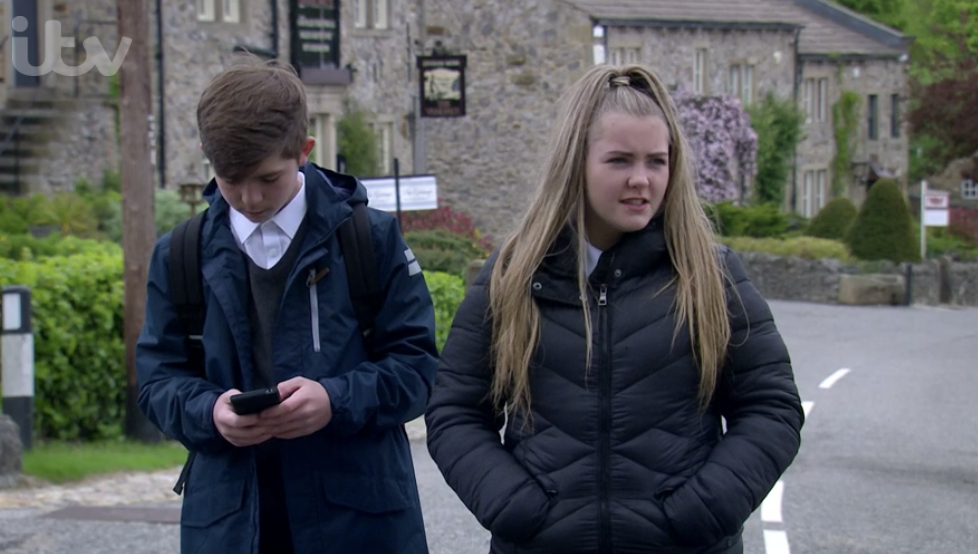