Rishi Sharma’s (Bhasker Patel) health takes a turn for the worse in Emmerdale next week, after he collapses amid a heated showdown with Priya Kotecha (Fiona Wade) and Jai (Chris Bisson).

Next week sees Jai get news that Kim Tate (Claire King) is selling Mulberry Cottage. Devastated, he attempts to come up with an alternative plan, suggesting that Kim could instead sell Bernice Blackstock’s (Samantha Giles) home.

When that proves unsuccessful, he suggests that Priya and Rishi should sell Holdgate, which would raise enough money for him to buy Kim out.

Priya, however, is furious with her brother, and she wastes little time in berating him about his selfish and sneaky behaviour.

But amid all of the conflict, Rishi suddenly collapses, leaving his nearest and dearest worried for his life. 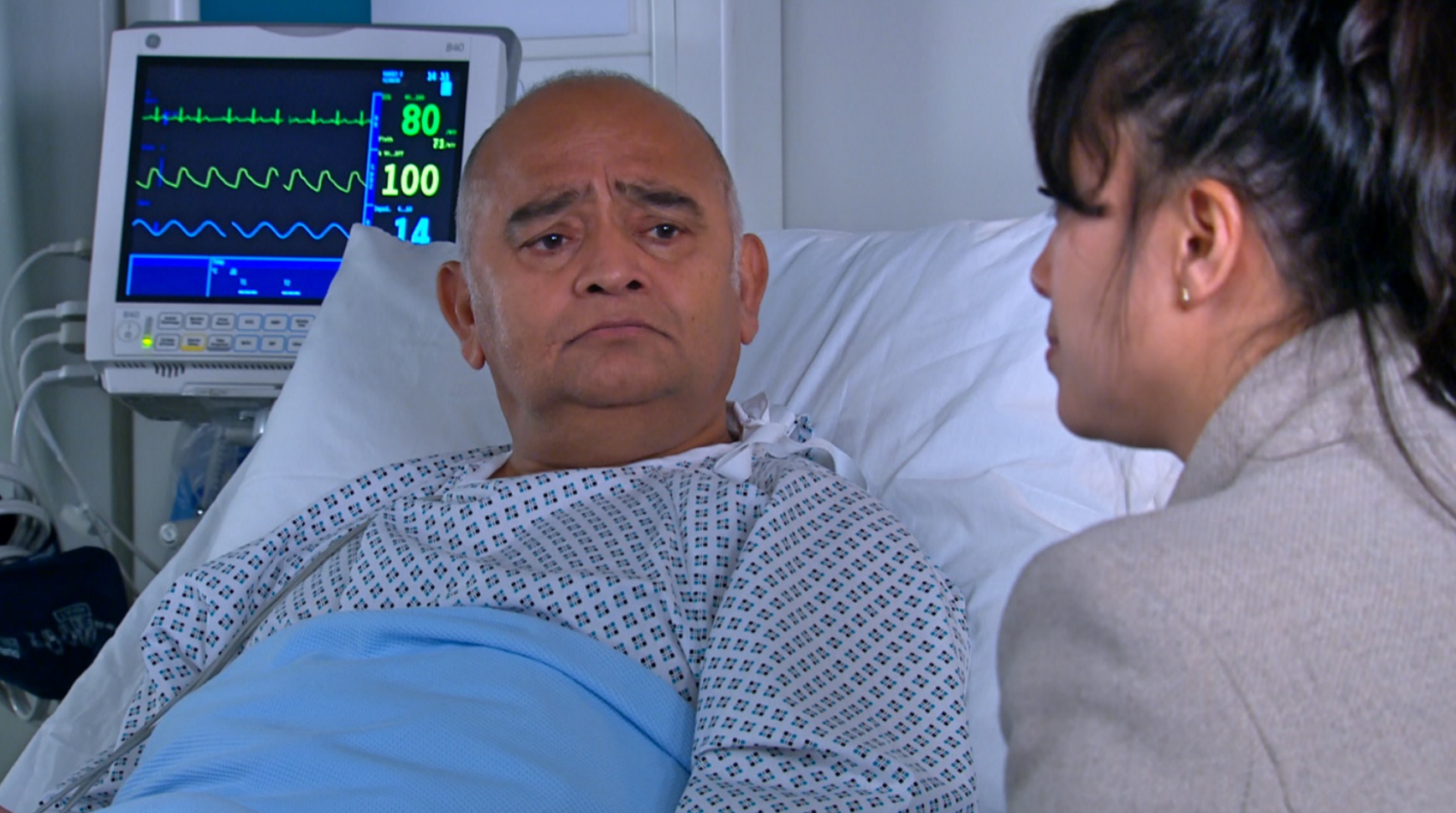 He’s subsequently rushed to hospital, as his fate hangs in the balance. The above clip, however, confirms that Rishi survives the ordeal.

Taken from Tuesday’s (February 8) offering of the ITV soap, the short preview sees Jai stop by the hospital to visit his dad.

Priya, however, is already by Rishi’s bedside, which makes for a frosty atmosphere, as she continues to berate Jai for being so selfish.

‘I’m sorry!’, exclaimed Jai. ‘I admit, I hadn’t thought it through properly.’

Rishi accepts his son’s apology, telling him that they needn’t talk about this anymore.

But it’s clear that Priya isn’t so willing to forgive.

Emmerdale airs these scenes on Tuesday February 8 at 7pm on ITV.