Belle Dingle (played by Eden Taylor Draper) and Jamie Tate’s (Alexander Lincoln) affair began quickly after his marriage to Andrea Tate (Anna Nightingale) crumbled just before Christmas. Despite their efforts to keep their affair a secret, Andrea has started to notice what is going on and in upcoming Emmerdale scenes, she looks set to issue Belle with a deadly threat.

Jamie arrived in the village early last year and was followed by wife Andrea and their daughter Millie Tate (Willow Bell).

However, just before Christmas, it was suggested Millie might not have been Jamie’s biological daughter causing a huge fracture in his and Andrea’s relationship.

As a result, the two have been threatening a tough custody battle over their daughter ever since.

On the night of Graham Foster’s (Andrew Scarborough) murder, Jamie spent the night with Belle in the B&B and this ignited their affair, but they have been struggling to keep their secret to themselves. 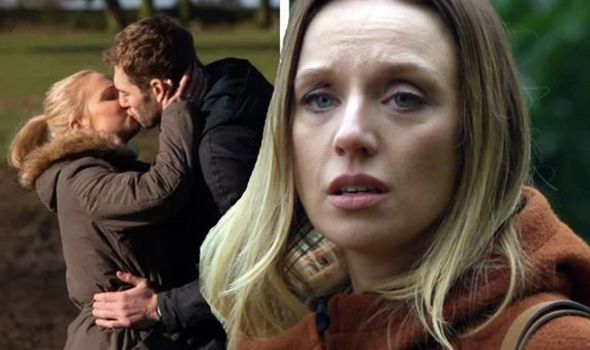 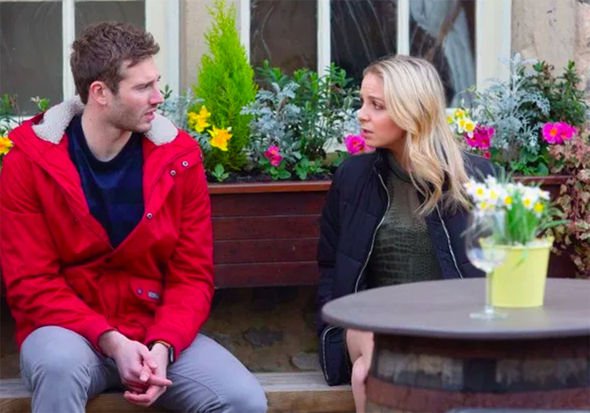 After several attempts to try and stop seeing one another, Jamie’s mother, Kim Tate (Claire King) soon found out and threatened him and his relationship with Millie if he didn’t put an end to it once and for all.

In recent scenes, Andrea spotted Belle and Jamie in the Woolpack having a drink and set her revenge plot into motion.

Although viewers know Andrea discovered the truth about Jamie and Belle’s affair, she is keeping her knowledge of the affair a secret from the pair for now.

Anna Nightingale who plays Andrea has now revealed a much darker storyline is about to emerge as the wife seeks to put an end to the lovers once and for all. 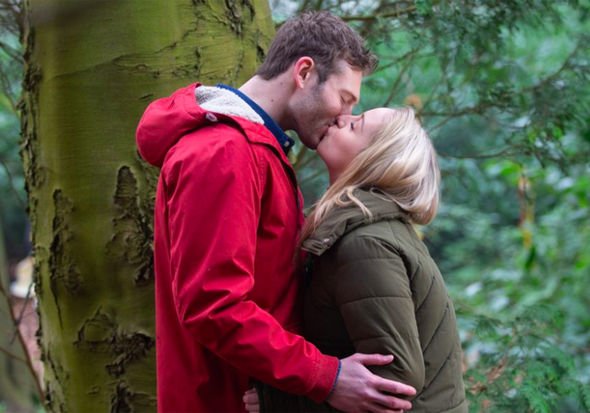 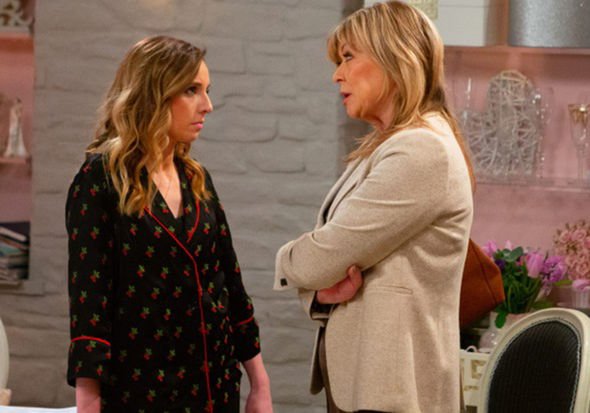 Anna recently told Metro.co.uk: “It’s horrific to be the person it’s happening to in these situations. Deep down she immediately hates him for what he’s done.

“I think she believes she can still claw that back. She thinks she knows him better than anyone and those things will be enough to steer him away.

“She’s a fighter and won’t take it lying down. The balls in her corner at the moment as they don’t know she knows.

“I think the idea of alternative life is too much to consider so even the hate she feels isn’t enough for her to just walk away.”

This isn’t Belle’s first affair as back in 2016 she had a fling with doctor Jermaine Bailey (Micah Balfour).

Despite a stern warning from half-brother Cain Dingle (Jeff Hordley), Belle and Jermaine continued to see one another in secret, but when the affair was exposed it nearly ruined her relationship with dad Zac (Steve Halliwell).

But this affair might not be so easy to bounce back from because when asked if Belle should be scared of Andrea, Anna said: “Definitely, we’ve already seen her fight for what she believes in with Kim Tate (Claire King) and Graham.

“Someone who seemingly has nothing to lose has everything to fight for. She will be thinking of her daughter so I don’t think she’d do anything to jeopardise her but blind rage can make people do crazy things.

“She’s learned a lot from Kim and her stealthy approach for implementing revenge, I hope this might be how she would go about executing any revenge.”

In upcoming scenes, Andrea will set her plans in motion but will Belle come out unharmed?

Eden who plays Belle recently revealed her character would never go down without a fight.

She explained: “Andrea has definitely got a nasty streak but I think Belle is up for that challenge.

“When it comes down to it, they both want to fight for their man and I think it could get quite nasty. Belle’s a Dingle and she definitely would think she could win.”

Emmerdale airs on ITV Mondays, Wednesdays and Fridays at 7pm.