Emmerdale fans have been dreading the day fan-favourites Cain Dingle (Jeff Hordley) and Moira Barton (Natalie J Robb) finally decide to close the door on their marriage. The couple tied the knot back in 2014 and have endured a rocky five years, with Moira’s betrayal being the last straw.

Fans will remember that Cain was left devastated after finding out his wife was having an affair.

But he wasn’t prepared for who the other man would be.

During an explosive week, it turned out that young farm hand and Moira’s latest love interest Nate Robinson (Jurell Carter), was Cain’s estranged son, targeting his wife to get back at him for abandoning him and his mum all those years ago.

But upon finding out that Cain had no idea he had another child, Nate has been doing everything he can to make it up to his furious father.

While Moira is desperate for forgiveness, Cain isn’t interested and in February, handed her divorce papers. 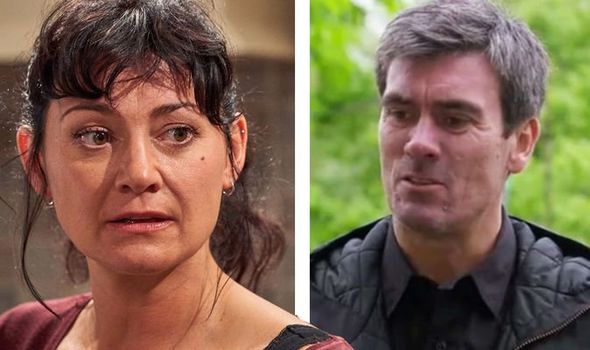 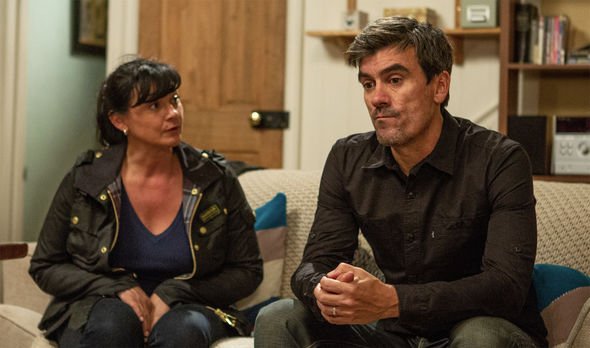 Still seething, Cain’s made his wife’s life a living hell including not allowing her to see her step-son Kyle, who he shares with Amy Wyatt (Natalie Ann Jamieson).

After all, this isn’t Moira’s first indiscretion.

Her marriage to Cain was the result of an affair as well.

But it’s very clear to fans that he still cares for her deeply, regardless of the pain she’s caused him.

Next week through gritted teeth, the pair meet at Butlers’ Farm to finalise the dissolution of their marriage.

But will being back in their family home bring back fond memories? 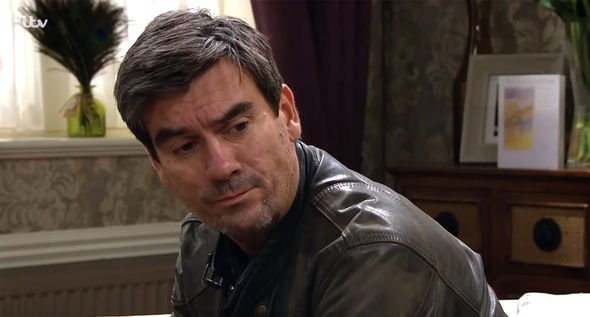 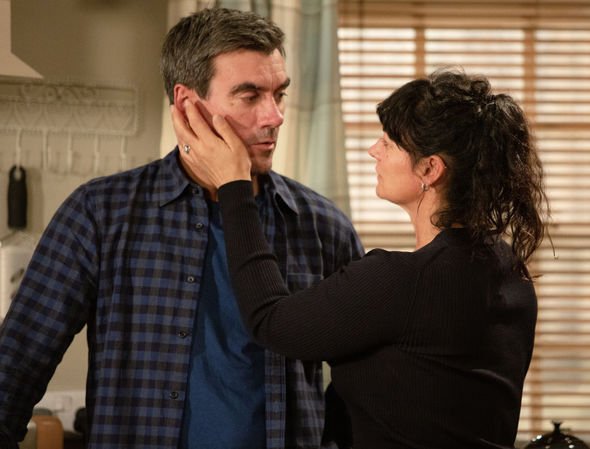 Will Moira try and worm her way back into his life one last time?

Earlier this year, actor Jeff Hordley who plays Cain, confessed he would like the couple to reunite in the ITV soap.

“I’d love them to be back together as love working with Natalie,” he said.

“We have a shorthand on set with each other, so it makes working with her really easy. It would be nice for them to back together.”

Will they go through with signing those papers?

Does Cain’s bitter rage take over, forcing him to move on once and for all?

Something is brewing that could push Cain over the edge with his relationship with Moira, ending it for good.

DI Malone (Mark Womack) has been threatening Cain since his arrival in the village earlier this year.

After the farmer used Will Taylor’s (Dean Andrews) gun when he accidentally shot Nate, Cain has been in the bent copper’s pocket ever since.

Finding new ways to exert his control over the Dingle, will he target Moria to get to him further?

Earlier this week, Mark Womack who plays DI Malone, teased there’s a twist coming for his character and the farmer.

When asked which cast members he’s been keeping in contact with during lockdown, the actor told Digital Spy: “Actually, there is Natalie, who plays Moira. She’s great.

“There’s a nice little thing brewing for Malone and Moira… There’s a little teaser for you!”

This would surely be the end for Cain and Moria if she sleeps with his enemy… but it’s soapland and anything can happen!