Emmerdale viewers have been busy theorising over the recent drug storyline involving Kim Tate (played by Claire King). In recent scenes on the ITV soap, a mystery individual has been drugging Kim, causing her to suffer from headaches, confusion and memory loss. The Home Farm owner recently discovered her alcohol was being spiked with Diazepam, and the identity of her poisoner is yet to be exposed. Fans now believe Kim’s step-grandson Joe Tate (Ned Porteous) is the culprit. Could he have secretly returned to the village?

Kim and her son Jamie Tate (Alex Lincoln) are currently determined to get revenge on the mystery poisoner.

There are a number of suspects in the village, with doubts cast upon Kim’s boyfriend Will Taylor (Dean Andrews) and his daughter Dawn Taylor (Olivia Bromley).

After watching recent scenes play out, many fans are wondering whether the culprit might actually be a person from Kim’s past, with some suspecting Kim’s step-grandson Joe. 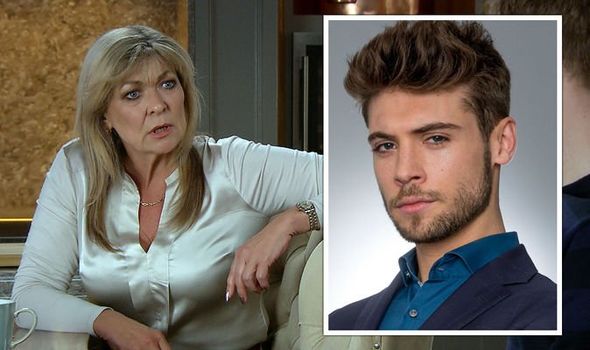 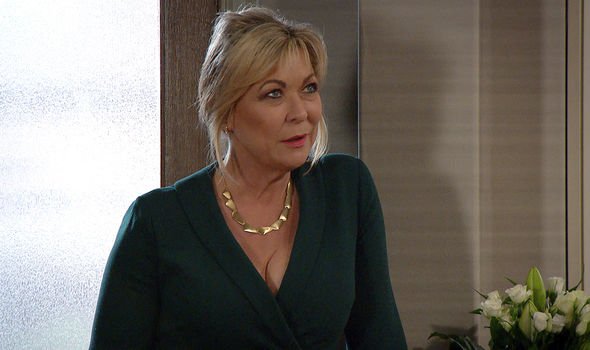 Joe was last since in the Dales back in 2018 when Kim put a bounty on his head, ordering his murder.

Initially, it was thought Joe had been killed off when he fell and hit his head on a rock during a fight with Cain Dingle (Jeff Hordley).

Kim’s minion, Graham Foster (Andrew Scarborough), then bundled Joe into the boot of his car.

However, Joe’s hand began to twitch, signalling he was alive and he eventually fled the village to travel the world. 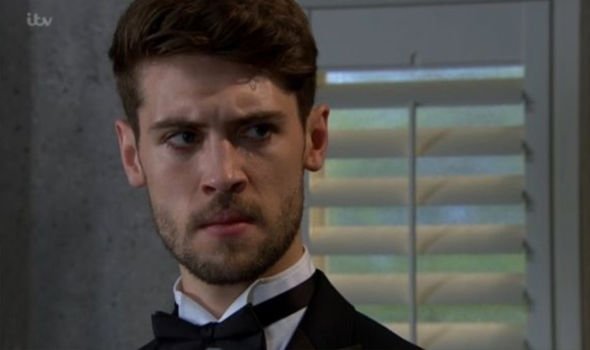 Fans of the soap now seem to think Joe could have secretly returned to the village and is the mystery individual poisoning Kim.

“#emmerdale I still think harriet or joe tate poisoning Kim tate not will taylor or someone Kim tate put her dinner party and I can’t wait for this” a second viewer predicted.

Many fans seemed thrilled at the idea of Joe making his return to the Dales.

“So, Joe Tate or Steve Marchant…We’re happy with either,” one viewer wrote.

But, could it really be Joe that’s behind the poisoning and back to seek revenge?

Kim Tate actress Claire King opened up about her time playing the character in a recent interview.

The soap star revealed she feels “very lucky” because her character always gets “great writing”.

“She’s one of those characters you love and you love playing.

“She’s larger than life, you can be the boo/hiss villain, you get away with murder… literally and just enjoy playing it,” she said on Good Morning Britain.

Joe has spent the last few years living abroad, enjoying a life of luxury in Monte Carlo and beyond.

He’s been leeching off Kim’s money to fund his travelling around the world.

But, could Joe have decided to ditch the high-life and return to the village?

Emmerdale airs on weekdays at 7pm on ITV, with an extra episode on Thursdays at 8pm.