Mandy Dingle (played by Lisa Riley) was horrified when she realised Paul Ashdale (Reece Dinsdale) had been secretly getting to know his son, Vinny Dingle (Bradley Johnson). The Dingle matriarch had warned him to stay away but he refused to listen and the pair have clashed many times since over the past. However, as Lydia Dingle (Karen Blick) spends time with the absent father, will she discover the real reason he’s suddenly turned up in Emmerdale?

Paul turned up on the day of Lydia and Sam Dingle’s (James Hooton) wedding and was told Vinny was no longer in the village.

Mandy lied as she wanted her ex-partner to stay away from his son despite his pleas he’d changed.

When she discovered he had ignored her warnings and adopted a new identity to get close to Vinny, she was livid.

After realising the truth, Mandy shouted: “Let’s recap, you turned up to our Vinny, I said I didn’t want you to have anything to do with him, all good so far? 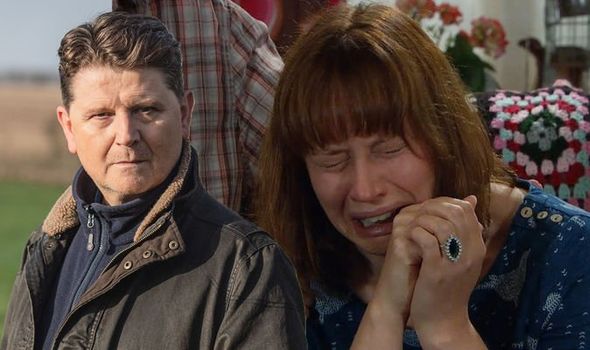 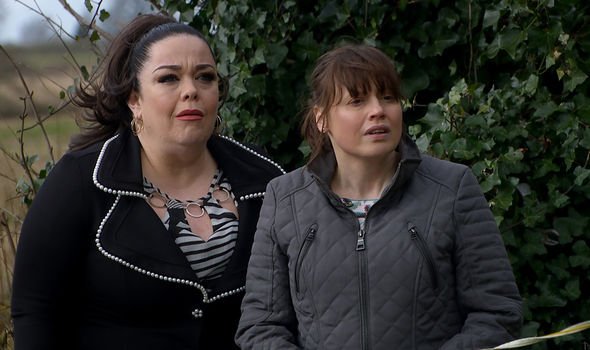 “Instead you find him, you worm your way back into his life and you’re collecting scrap metal together, is that where we’re at?”

“Because you lied, you said he left,” Paul said. “I can tell you were lying, I always can and I wanted to get to know my son.”

“Well I wanted Daniel Craig after I saw Casino Royale but that’s never going to happen,” Mandy hit back. “Of course I lied, I would do whatever it takes to protect my Vinny.”

“You can’t force me to stay away,” Vinny’s estranged father says. 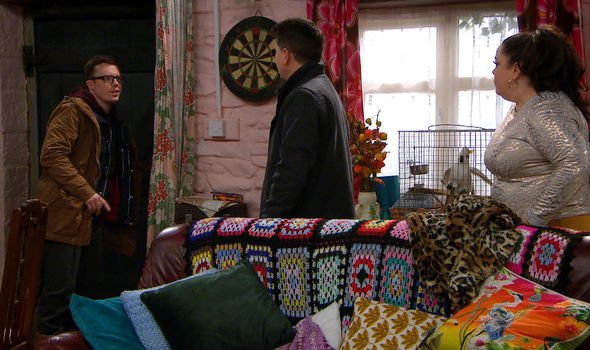 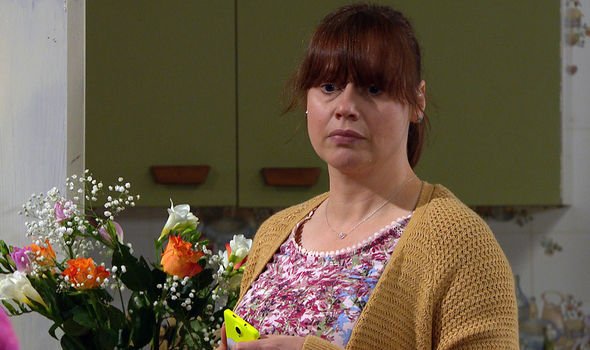 “I can have a damn good try and actually you’ve done me a favour because while we’re on the subject of lying, what’s the first thing you’d done after you met him?” Mandy asked. “You ruined our lives, you’re not going anywhere near him.”

“I already have, I already did, the rest is just a question of time,” Paul replied.

“You have no right to stop me from seeing him, you’re not even his real mum,” he added.

“I’m more of a parent then you’ll ever be, Paul. So don’t you dare talk to me about rights cause you gave that up the day you scarpered,” Mandy quipped.

When Vinny discovered his father and adoptive mother had been lying to him, he was crushed but decided to give Paul another chance.

Mandy has kept a close eye on her ex-partner and her close friend Lydia has been on hand to help her overcome her past.

The pair spend some quality time together and Vinny’s estranged father may find himself opening up to Lydia.

Emmerdale viewers know very little about Paul’s past from when he abandoned Mandy and Vinny to now.

Although Paul claimed he changed his life around and wanted to make amends, he may have a far more sinister reason for turning up out of the blue.

Will Lydia discover a dark secret about Paul’s past or will he rekindle a romance with Mandy?

Related News:
TV and Movies
'The 100' Star Shannon Kook Thinks Jordan Will Have to Make a Tough Choice On Bardo
Harlots cast: Who is in the cast of Harlots?
‘Fixer Upper’ Revived for Chip and Joanna Gaines’ Magnolia Network in 2021
UB40’s Duncan Campbell, 62, rushed to hospital after suffering a stroke – The Sun
Jennifer Aniston Received a $12K Chanel Bicycle From a 'Friends' Co-Star
Recent Posts
This website uses cookies to improve your user experience and to provide you with advertisements that are relevant to your interests. By continuing to browse the site you are agreeing to our use of cookies.Ok