Lydia Hart (played by Karen Black) stunned fans during last night’s episode of Emmerdale when she snapped at Sam Dingle (James Hooton). The character is usually very calm and reasonable, but she turned on her husband. It seems to be start of a new shift for Lydia as a preview clip from Monday night’s instalment has shown her shout at Sam once more. But with Chas Dingle (Lucy Pargeter) present, she questions Lydia’s behaviour. 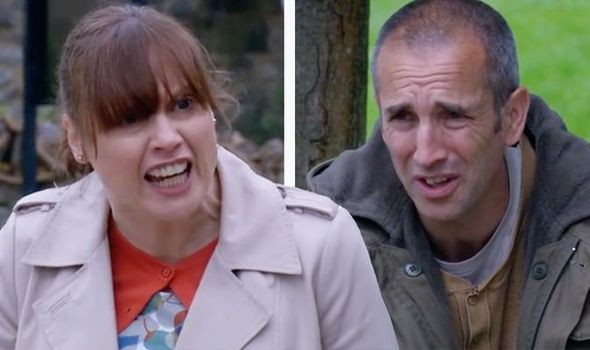 Sam and Lydia said “I do” to one another earlier this year, as the village gathered to celebrate their wedding.

Despite their ups and downs, the couple have remained steady and dedicated to one another.

However, it seems there is a new storyline on the horizon for Lydia as viewers are starting to notice subtle changes to her demeanour.

In earlier scenes of the popular ITV soap, Lydia and her mother were making bunting for the charity fundraiser she had organised.

After sending Sam out to fetch more material, he retuned to Wishing Well cottage and threw himself on the sofa to put his feet up.

“The bunting into the dog’s bowl, it’s taken me ages to fold all that, do you enjoy making my life difficult?’

“It was an accident!” Sam shouted back.

“Why can’t you be more careful?” His wife hollered and Sam replied: “I didn’t think -“

But Lydia cut him off and shouted: “No you never do, do you? You know sometimes Sam I am sick to the back teeth of you I really am!”

This won’t be only time Sam is on the receiving end of Lydia’s outbursts, as Monday night’s episode sees her having a go at him once more.

ITV released a scene from the instalment which shows Sam, Lydia and Chas decorating the village hall with the bunting. 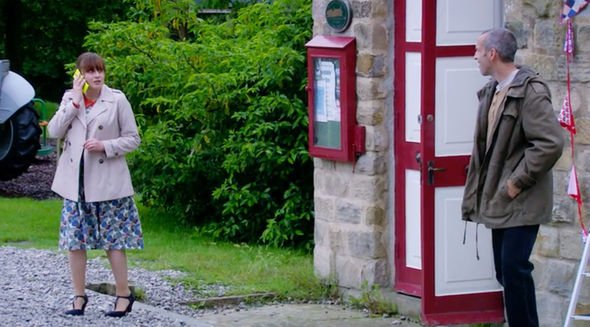 Lydia, who is on the phone says: “No, I appreciate it’s short notice and I apologise again – some crossed wires out end.

“Okay, well I understand. Thanks again.”

“They thought it wasn’t happening – you know on the account of not hearing from us with the details!”

“That’s all of them! There’s no one left to call! The whole day’s a wash out,” Lydia said. “But it’s my fault really.” 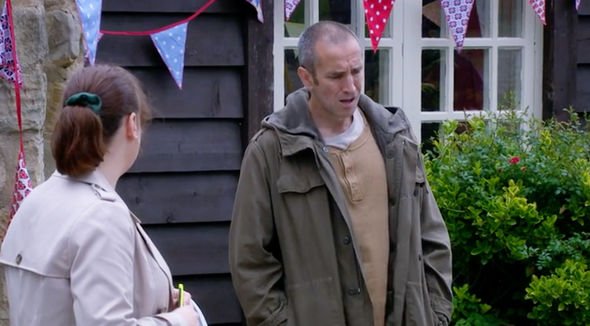 “No it’s not,” her husband replied and Lydia screamed: “I know it’s not! I meant it was my fault for relying on you!”

Realising they were in company, Lydia turned to Chas and apologised: “Looks like I wasted your time and all. It’s all off, the whole day is down the pan.”

“I know you’ve worked really hard getting all this together, but you can reschedule,” The Woolpack landlady suggested.

Lydia then said she would bring the refreshments back to the pub and hit out at Sam once more: “I’ve got Sam here, one hundred percent dependable!”

“Can’t rely on me for anything!” Sam muttered as he stormed off.

Chas tried to reason with her family member: “It’s not the end of the world Sammy, I’m sure she’ll see that when she’s had a chance to calm down. 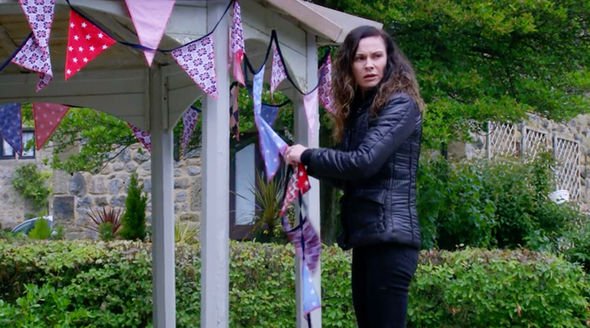 “You okay? Has she done this before – you know, snapped at you like that?”

Sam denied she had, either not wanting to admit to his wife losing control, or he could’ve forgot what happened earlier this week.

Official soap spoilers have revealed Chas and Lydia will have a heart-to-heart next week as the landlady tries to get to the bottom of what is bothering Lydia.

Suspicious as to the cause for her behaviour, perhaps Chas feels she too has acted the same way as Lydia is in the past.

Perhaps it was when she was pregnant with either baby Grace or Eve.

Could Lydia’s outburst be because her hormones are fluctuating due to being with child?

One said: “Wtf lydia that was dramatic #Emmerdale.”

“Shocked at Lydia’s outburst, I don’t think anyone expected that from her! #emmerdale,” someone else wrote.

Another added: “What’s up with Lydia? Bit snappy #emmerdale.”

Meanwhile, one viewer commented: “That was a nasty outburst from Lydia. I didn’t expect that #Emmerdale.”