Vinny Dingle’s (played by Bradley Johnson) father, Paul Ashdale (Reece Dinsdale), has decided to stick around in Emmerdale for the foreseeable future in a bid to get to know his estranged son. Understandably, Mandy Dingle (Lisa Riley) was not overly impressed by the sudden appearance of her former partner, but it seems this could be the start of her worries as the actor who plays Vinny, told Express.co.uk about viewers potentially learning about his real mother.

When asked whether or not Vinny’s family could expand further than Paul, Bradley said there was a “possibility” siblings could appear in the Dales.

“He found out Paul is his dad – I think that’s a lot to take in.

“I think it’ll be baby steps at the start and whether he gets angry or he’s upset, he’s going to want to explore that avenue before he dives into anything else,” the actor continued. 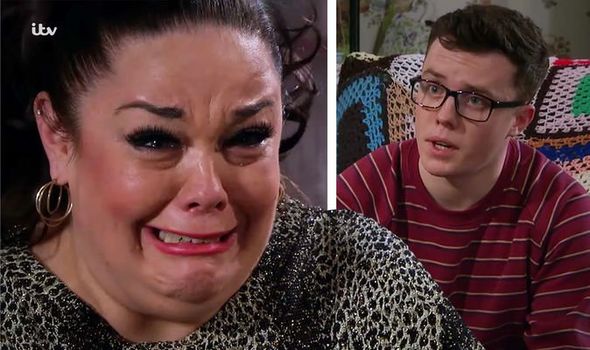 “Yes, possibly,” Bradley teased. “I feel like he’s gonna be upset and it’s gonna be a lot of questions aimed at Mandy.

“What else is she hiding? What else hasn’t she told him?

“So there is a possibility for him to lash back and want to dive a bit deeper,” the newcomer said. 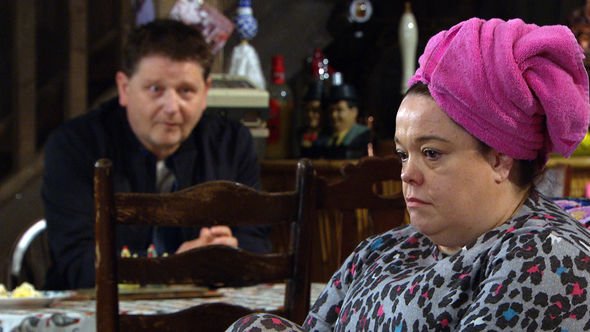 “He’s never really been bothered, it’s always just been the two of them, they’ve been happy.

“He does genuinely see Mandy as his mum, but whether he wants to learn any more – who knows?”

During one of the soap’s lockdown episodes, viewers saw Mandy and Vinny have a heart to heart.

The beautician revealed she suffered a miscarriage many years ago and has been grateful every since Vinny came into her life, to be his mother. 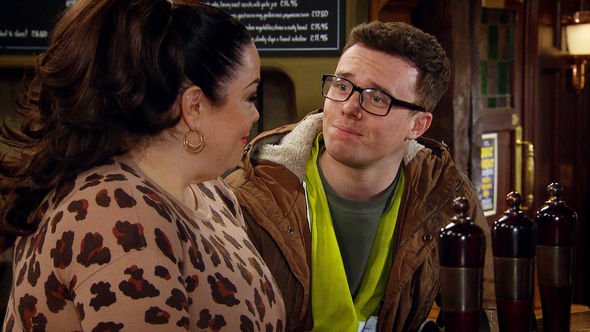 But could his biological mother turning up throw a spanner in the works for their relationship?

Little is known about what went on with Paul and his ex-partner before he started dating Mandy.

The soap revealed Mandy and Paul got together when Vinny was just a baby – so there is more to explore about the woman who gave birth to him.

How is Mandy going to feel about Vinny potentially searching for his mother?

“Mandy has got a bit of a soft side and she cares a lot about Vinnie and how he feels,” Bradley said.

“At the day all they’ve had is each other.”

Could Mandy try to find out about Vinny’s mum before he gets the chance and stop them from finding each other?

Or will Vinny grow closer to Mandy as he learns his biological mother doesn’t want to know about him?