Nicola (played by Nicola Wheeler) and Jimmy King (Nick Miles) were the next couple to be put in the spotlight after Emmerdale bosses revealed they would be airing ‘lockdown’ specials during the current pandemic. However, in tonight’s episode of Emmerdale, fans were left disgusted after they noticed a rather baffling continuity issue to do with Nicola and Jimmy’s clothes.

This week has seen the likes of Mandy Dingle (Lisa Riley) and her son Vinny (Bradley Johnson) trying to bond after falling out when his father Paul Ashdale (Reece Dinsdale) rocked up in the Dales.

Tonight, Nicola and Jimmy were put through their paces with wine not being delivered and then drinking too much of it when it did finally arrive.

The couple was isolating together in Laurel Thomas’ (Charlotte Bellamy) house so that Nicola’s dad could shield in their place, but this set Nicola’s nerves on edge. 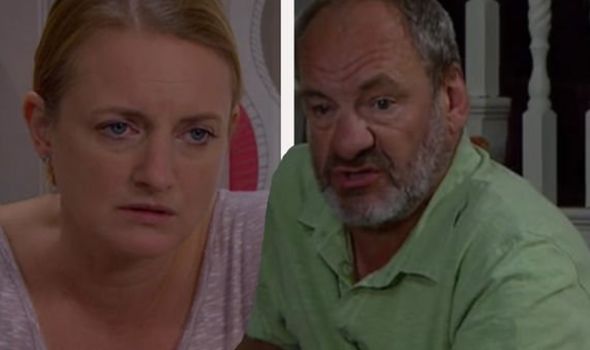 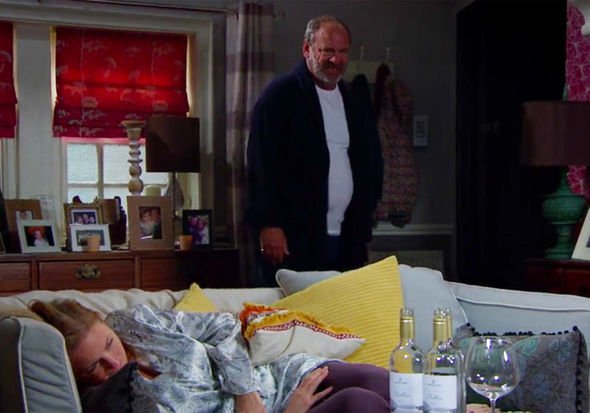 But something else wasn’t right and Nicola seemed to be sinking into a deep depression.

The two quickly got on each other’s nerves as any couple would when not in their own home.

Nicola is known for keeping busy, and always has her nose somewhere it shouldn’t be, so she mimicked how most people are feeling in the UK right now. 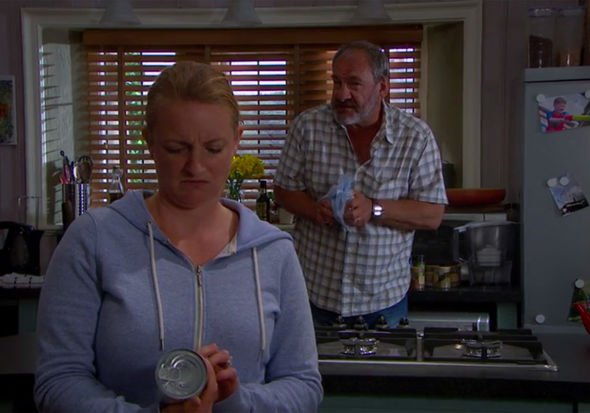 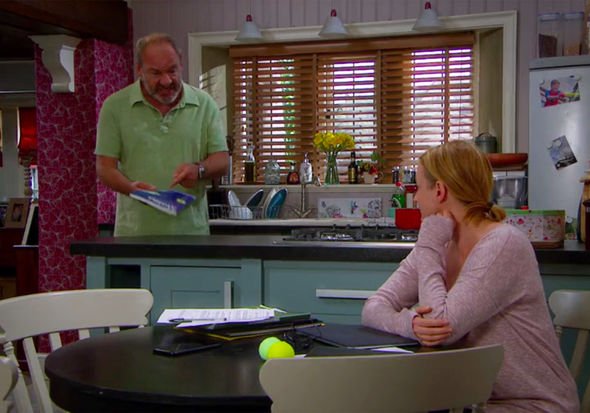 However, fans were left disgusted with the pair as they realised they were recycling the same clothes day after day.

Viewers noticed that even up to the couple’s 13th day in lockdown together, they were wearing the same clothes.

One viewer tweeted: “Day 13 and Jimmy and Nicola still haven’t changed their clothes on Emmerdale #Emmerdale@emmerdale “.

Another said: “Jimmy and Nicola obviously short of clothes on #Emmerdale 12 days without a change! (Yeh Is know every day isn’t shown but still).

“And they mentioned the kids once … on day 1 but not since… but I think they got away with it! (sic).”

A third said: “Emmerdale we’re up to day 13 nicola and Jimmy in same clothes errgh” added a third.

“Just loving the Nicola and Jimmy #emmerdale lockdown episode @nicola_wheeler,” explained another, “But why are they wearing the same clothes EVERY day??”

And a fifth said: “They will have to peel those clothes off when they eventually get changed #Emmerdale “.

During this lockdown episode, the two really were shown at their best and their worst and Nicola even created a lockdown WhatsApp group for the village.

She told Jimmy he wasn’t invited after he asked if Bob Hope (Tony Audenshaw) could be added.

Nicola said: “Bob would use it like it was Tinder,” because as viewers know, Tony is quite the one with the many ladies that wander in and out of Emmerdale.

At the end of the episode, Nicola had an epiphany and knew what she wanted to do with her life.

But, will Jimmy be in this future plan of hers?

Emmerdale airs on ITV Mondays and Tuesdays at 7pm.