Emmerdale: Liv warns Aaron over Vinny being put in hospital

In scenes that have aired this week, Emmerdale has teased ITV viewers with flash-forward scenes of cast members in hospital. At the beginning of Tuesday’s episode Mandy Dingle (played by Lisa Riley), Nicola King (Nicola Wheeler) and Aaron Dingle (Danny Miller) can all be seen visiting the hospital looking devastated. Viewers could also see a heart-rate monitor as doctors rushed around to help the patients. One character is set to die next week, but could it be long-serving character, Rodney Blackstock (Patrick Mower)?

After Wednesday’s instalment, it was revealed that the characters in hospital are Jimmy King (Nick Miles), Paul Ashdale (Reece Dinsdale) and Liv Flaherty (Isobel Steele).

It was also confirmed that Jimmy is set to crash his van on the day of Paul and Mandy’s wedding, but fans have come up with a theory that Jimmy knocks down Rodney Blackstock and ends up killing him.

Fans took to Twitter as they are convinced that Rodney will die after he made his surprise return on Monday night.

One tweeted: “I think Jimmy knocks Rodney down and he dies, he just turned up back from Australia in time for this week’s drama.” 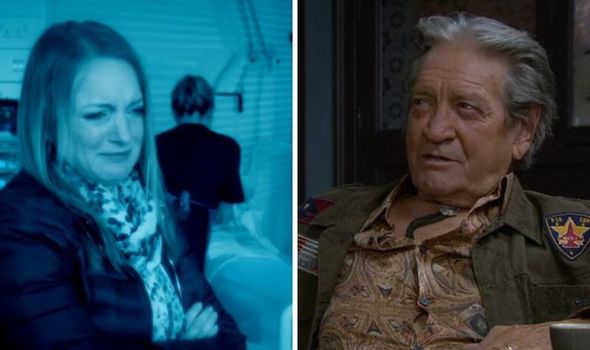 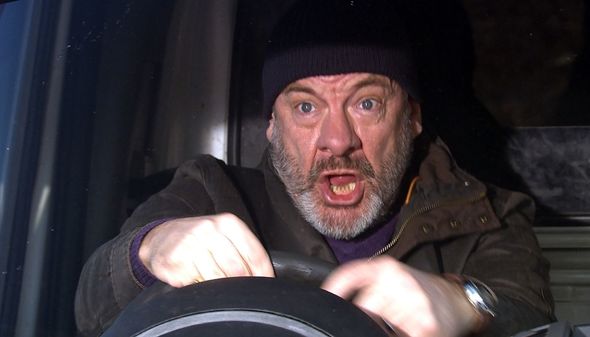 A third added: “Nicola is going to get Rodney involved in the scheme and I reckon will be in hospital.”

A fourth guessed: “Nicola in the room crying? Red herring that might be Jimmy, but it could be Rodney, now that’s he’s made an appearance?”

“Rodney and Paul will die,” another viewer predicted on Twitter. 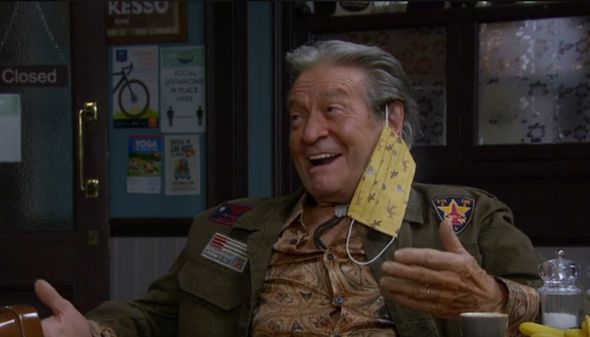 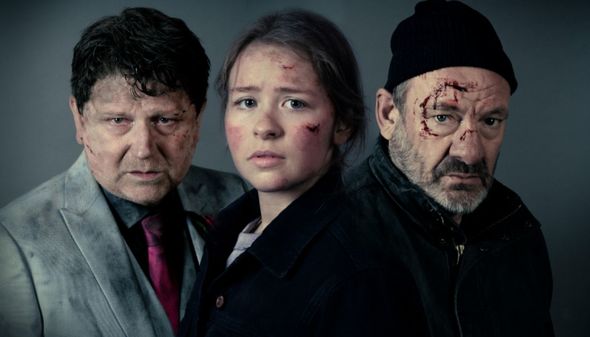 Patrick Mower arrived in the village as Rodney for the first time back in 2000.

Rodney hadn’t been seen on-screen for months before his shock return on Monday night.

During the episode, Nicola’s husband Jimmy asked his wife: “Your dad still in bed?”

To which she replied: “No, he’s been called into the café.”

Later, Jimmy eventually found Rodney snoozing as he was supposed to be minding the cafe for Brenda.

“Jimmy, I must have nodded off,” Rodney began.

“I’m not surprised, you must be shattered.”

He replied: “I was back on Bondi for a minute then.”

Jimmy continued: “It’ll take a while to adjust.”

Elsewhere, Liv has finally worked out that Paul had been beating up his son and confronted Vinny to try and weed the truth out of him.

During Wednesday night’s episode, things went from bad to worse for Vinny after Paul got angry with him over his best man’s speech and knocked him to the floor.

Aaron found Vinny crippled over in pain after Paul crushed his chest with his shoe.

The episode ended on a cliffhanger as Liv finally confronted Paul about what he has been doing to Vinny.

Paul went on to threaten Liv and she knows what he is capable of. But, what lengths will he go to, to silence Liv?