Vinny Dingle (played by Bradley Johnson) has struggled to cope with the death of Paul Ashdale (Reece Dinsdale) and come to terms with the abuse he suffered at the hands of his father. Mandy Dingle (Lisa Riley) and the rest of the family were horrified when they realised Paul had put his son in hospital but Vinny refuses to accept his father was at fault. However, when Mandy’s latest attempts to get through to her son result in him blaming her for Paul’s actions, will Vinny decide it’s time for him to leave Emmerdale for good?

In the latest instalment of the ITV soap, Mandy tried to make Vinny see sense by revealing Paul had taken out a credit card in Lydia Dingle’s (Karen Blick) name.

The grieving son refused to address Lydia and Sam Dingle’s (James Hooton) debt problem and instead focussed on planning his father’s funeral.

Mandy turned to her cousin Cain Dingle (Jeff Hordley) and urged him to speak to Vinny because of his own troubled childhood.

Cain was beaten by Shadrach Dingle (Andy Devine) when he was younger before later finding out Zak Dingle (Steve Halliwell) was his real father. 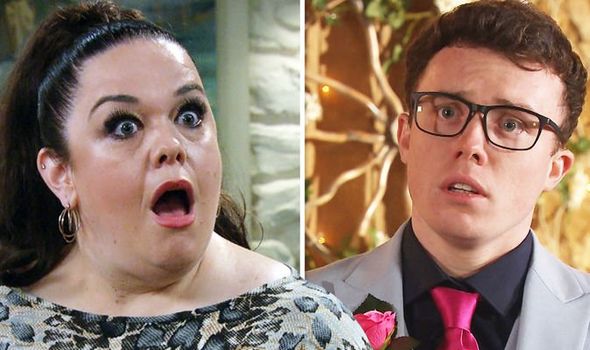 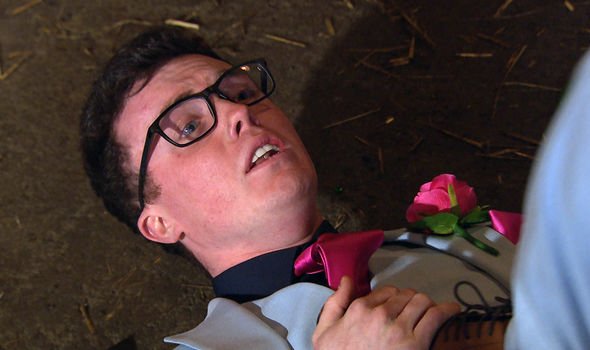 When Cain told Vinny he “knew what he going through”, the Dingle father appeared to be getting through to him.

However, when he declared the beating stopped because he became strong enough to hit him back, Vinny stormed off.

Later, Mandy tracked Vinny down at the graveyard but he warned: “Leave me alone.”

“Why can’t you see we’re just trying to help you?” Mandy asked. 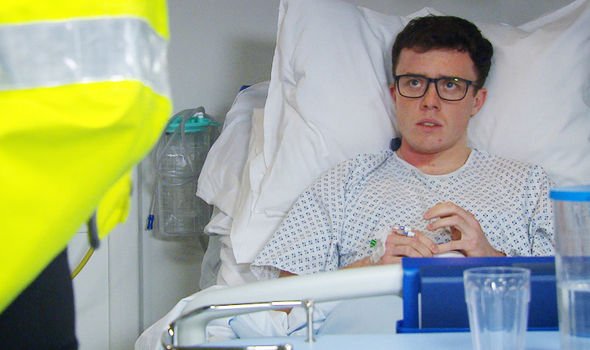 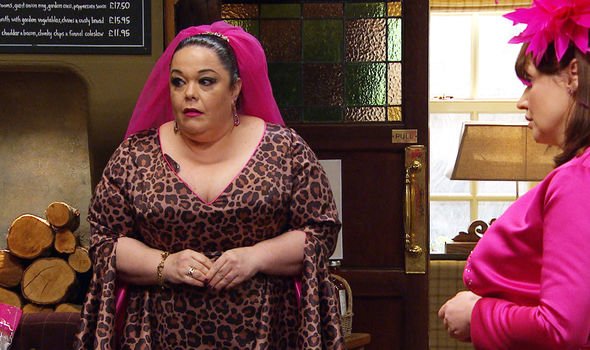 “By setting macho man Cain on me? ‘If someone hits you, hit them back harder’ great life lesson there pal,” Vinny quipped.

But his mum hit back: “He was trying to show you that we can move on from this.”

“Dad was nothing like Shadrach, he never beat me,” Vinny protested.

“Vinny you being in denial, it’s not helping. Even if you’re not willing to admit about the abuse, you can’t deny what he’s done to Sam and Lydia and that proves that he only cared about himself,” Mandy argued.

“That was your fault,” the grieving son quipped and his mum hit back: “How can you even say that?

“He wanted money to buy you presents, give you the wedding you’d always dreamed about, he even got you the salon and that’s what drove him to it,” he explained.

“No, he wanted that money because he was a compulsive gambler,” Mandy explained.

“No, that’s an illness and maybe if you tried to understand him more instead of nagging him all the time things might have turned out different,” Vinny said.

Devastated by her son’s words, Mandy said: “You don’t really believe that, do you?”

“I know dad loved me and you’re all trying to turn me against him he deserves a decent funeral and that’s what I’m going to give him,” he replied.

Mandy was mortified by her son’s words and would be horrified if Vinny began to tell the village she was to blame for Paul’s behaviour.

Will the matriarch demand Vinny leave the village after realising the Dingles can’t help him overcome his denial?

Emmerdale airs on ITV on weekdays at 7pm.