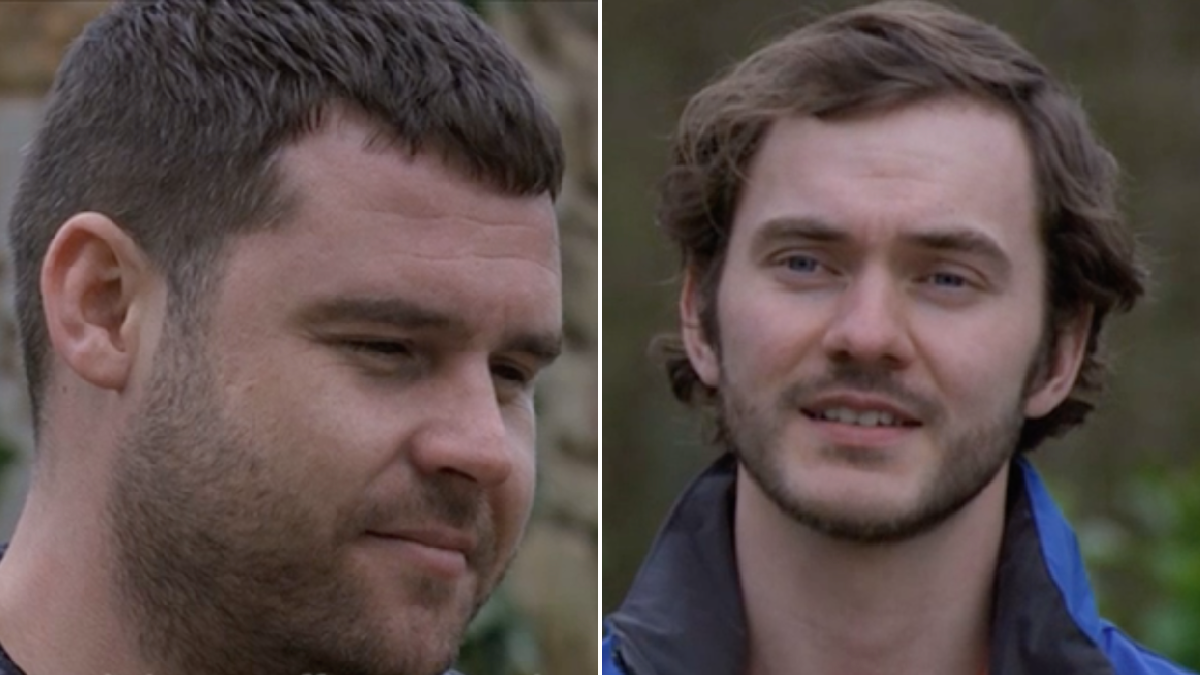 Emmerdale’s Ben Tucker (Simon Lennon) is not as over Aaron Dingle (Danny Miller) as he’d like others to think, after he admitted that he wants to ‘rip his clothes off.’

The young man previously intimated to an inquisitive Victoria Barton (Isabel Hodgins) that he and Aaron are very much ancient history.

Tonight’s edition of the ITV soap, however, suggested otherwise, as he came face-to-face with his former flame.

Picking up on the evident tension between Aaron and sister Liv Flaherty (Isobel Steele) – who is back on the booze – Ben offered him support.

‘You don’t have to do this on your own, you know?’ he told Aaron.

‘If you need help, just ask. Or if you just want to talk – you know where I am.

‘Thanks Ben,’ said Aaron evidently touched by his offer.

Ben then came clean, admitting that he still has feelings for Aaron, and would like to get to know him more.

‘Maybe we can get a drink sometime,’ replied Aaron – much to Ben’s delight.

Luke, however, suggested that he be wary of Aaron, which prompted Victoria to berate him – reiterating that Aaron is much nicer ‘when he’s in love’.

Ben reminded Victoria that no-one said anything about love, but admitted that he does want to rip Aaron’s clothes off!

Emmerdale continues Wednesday May 19 at 7pm on ITV.