Home » TV and Movies » Emmerdale's Meena Jutla to be next major villain in shocking twist?

Emmerdale's Meena Jutla to be next major villain in shocking twist? 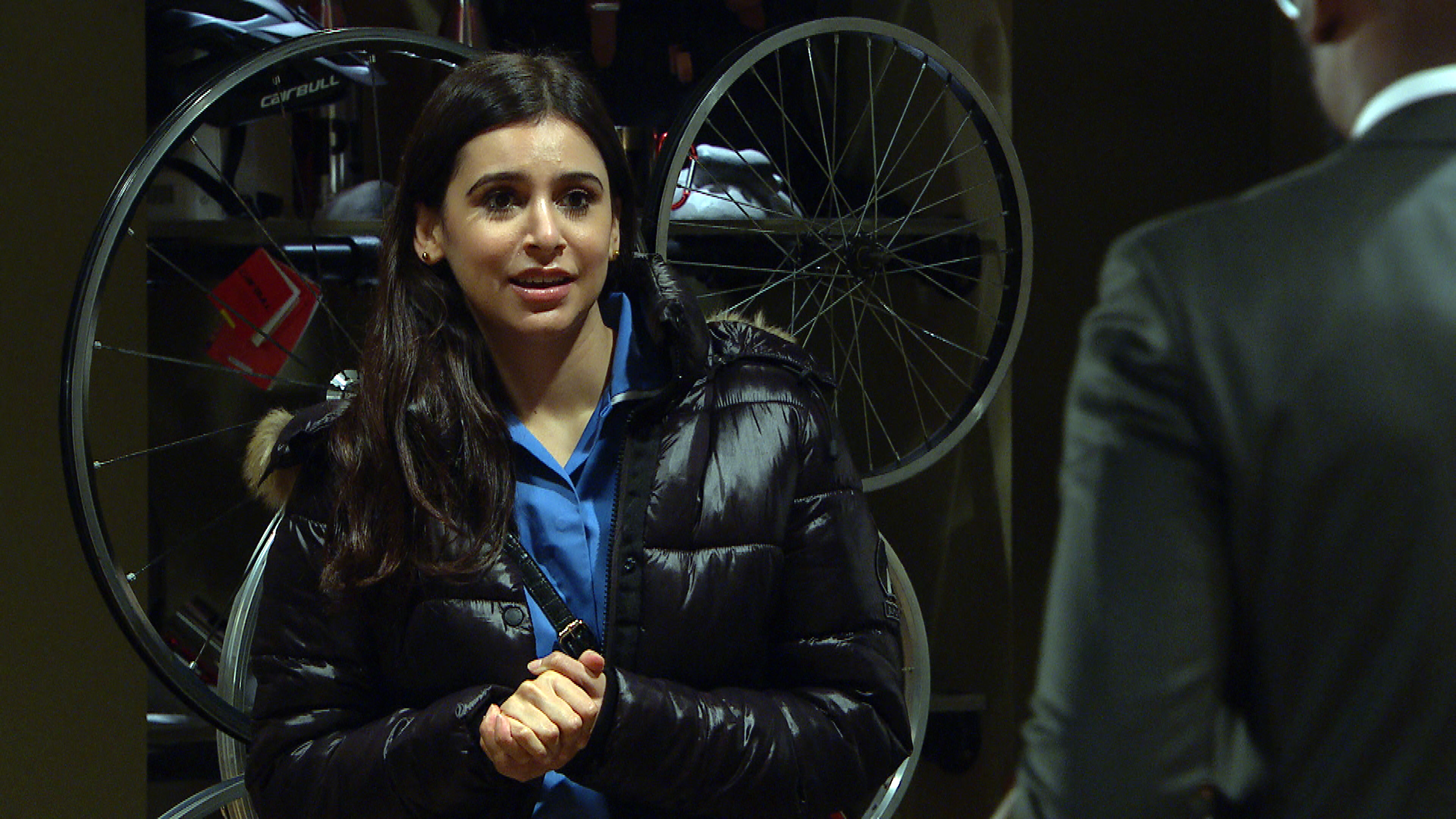 Is Emmerdale lining Meena Jutla (Paige Sandhu) up to be its next big threat? In a village that seems to breed no end of psychopaths, Meena is currently showing definite signs of joining the ranks of the unhinged.

One of her current plotlines has seen her pose as the errant mum of Ethan Anderson (Emile John), using a burner phone to send him text messages that have raised (and then dashed) his hopes of a reunion. Meena’s aim is to bring Ethan’s dad Charles (Kevin Mathurin) back into the orbit of her sister Manpreet (Rebecca Sarker), but it’s a decidedly twisted way of staging a reconcilation.

Now, admittedly, David does have quite the tangled relationship history and it’d be impossible to chuck a barm cake the length of Main Street without it pinging off the heads of at least a couple of former partners. But Meena’s disgust that he dares to even speak to his exes seems a little excessive.

Next week’s episodes of Emmerdale will see her outrage escalate when she spies David in Leyla’s company, little realising that his presence is part of Dr Liam’s elaborate plan to propose to his partner. But as accusations are thrown around, it’s likely that warning sirens will be ringing in the ears of viewers just as loudly as Meena’s objections.

After all, we’ve witnessed controlling behaviour from past Emmerdale residents, most notably Pierce Harris (Jonathan Wrather), and there are also those who’ve gone from displaying a Machiavellian streak to becoming full-blown murderers. See the likes of Lachlan White and Cameron Murray for further details.

So, what’s the betting that Meena becomes increasingly swivel eyed over the summer months? And that an autumn cliffhanger will see her either go full-on Misery and hold David captive or attempt to bump off anyone with whom he’s been romantically linked?

Granted, it’d be a rather reductive way of handling her character. But soapland does like to paint its pictures in broad brushstrokes and I predict Meena’s colour palette is going to end up being blood red. David may well find that this attraction will be fatal because she certainly isn’t going to be ignored…