EMMERDALE's Tony Audenshaw has revealed behind the scenes secrets as the cast return to film the ITV soap in lockdown.

Tony, 55, spoke to Eamonn Holmes and Ruth Langsford on This Morning today and dished on their new ways of working in the wake of coronavirus. 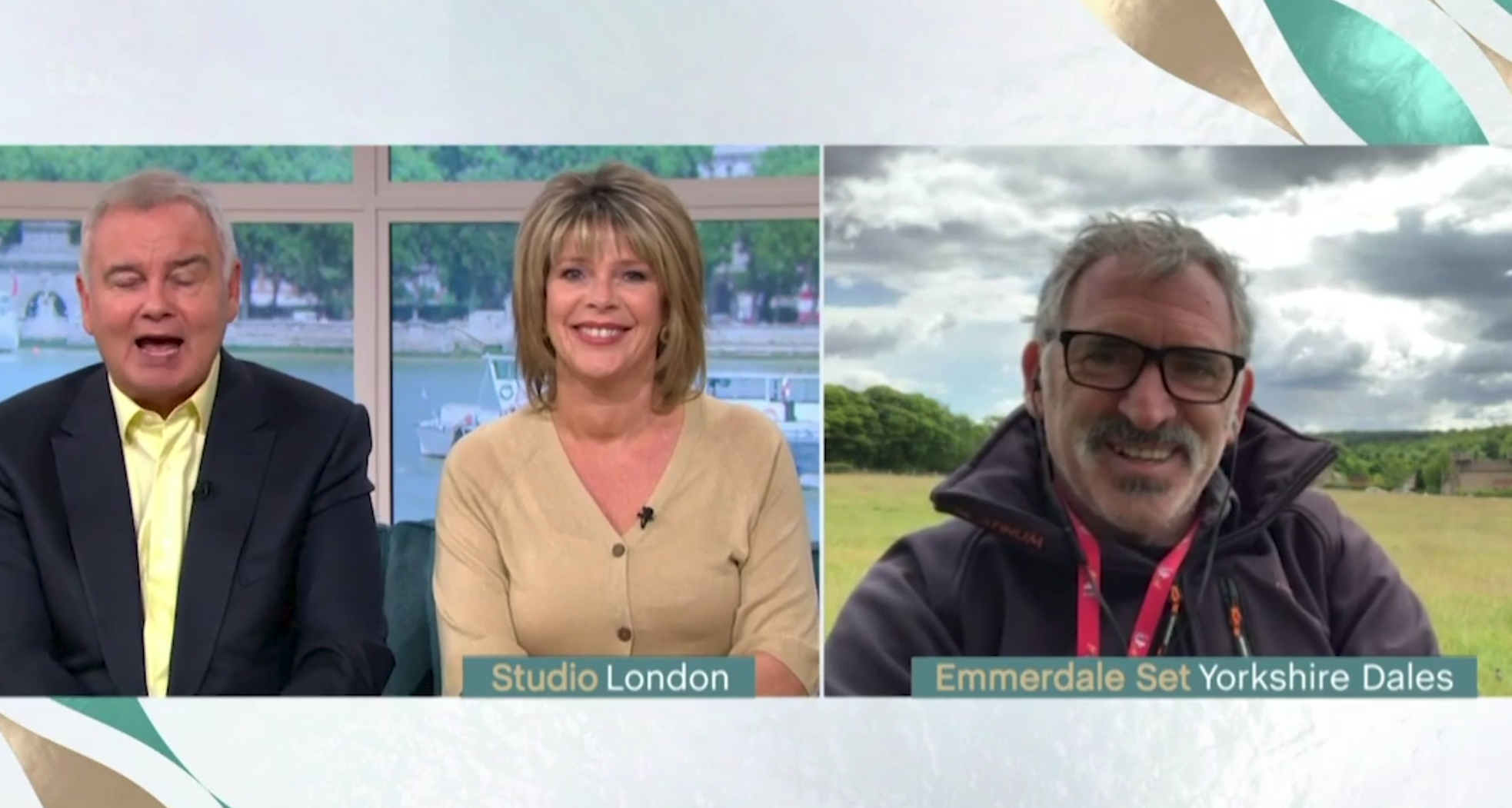 The star, who has played Bob Hope since 2000, shared the secrets of how the cast are social distancing, revealing stars are divided up into colour coded groups and given their own boxes for their props.

Eamonn joked it must have felt his "first day back at school" as Ruth quizzed him more on how the cast are staying safe.

Speaking from a field at the back of Home Farm, he said: "Well we've had an induction and the set has been broken in to different areas, I'm in the red cohort now, I'm got a red lanyard on it makes me feel very important!

"They've done a fantastic job in making this work." 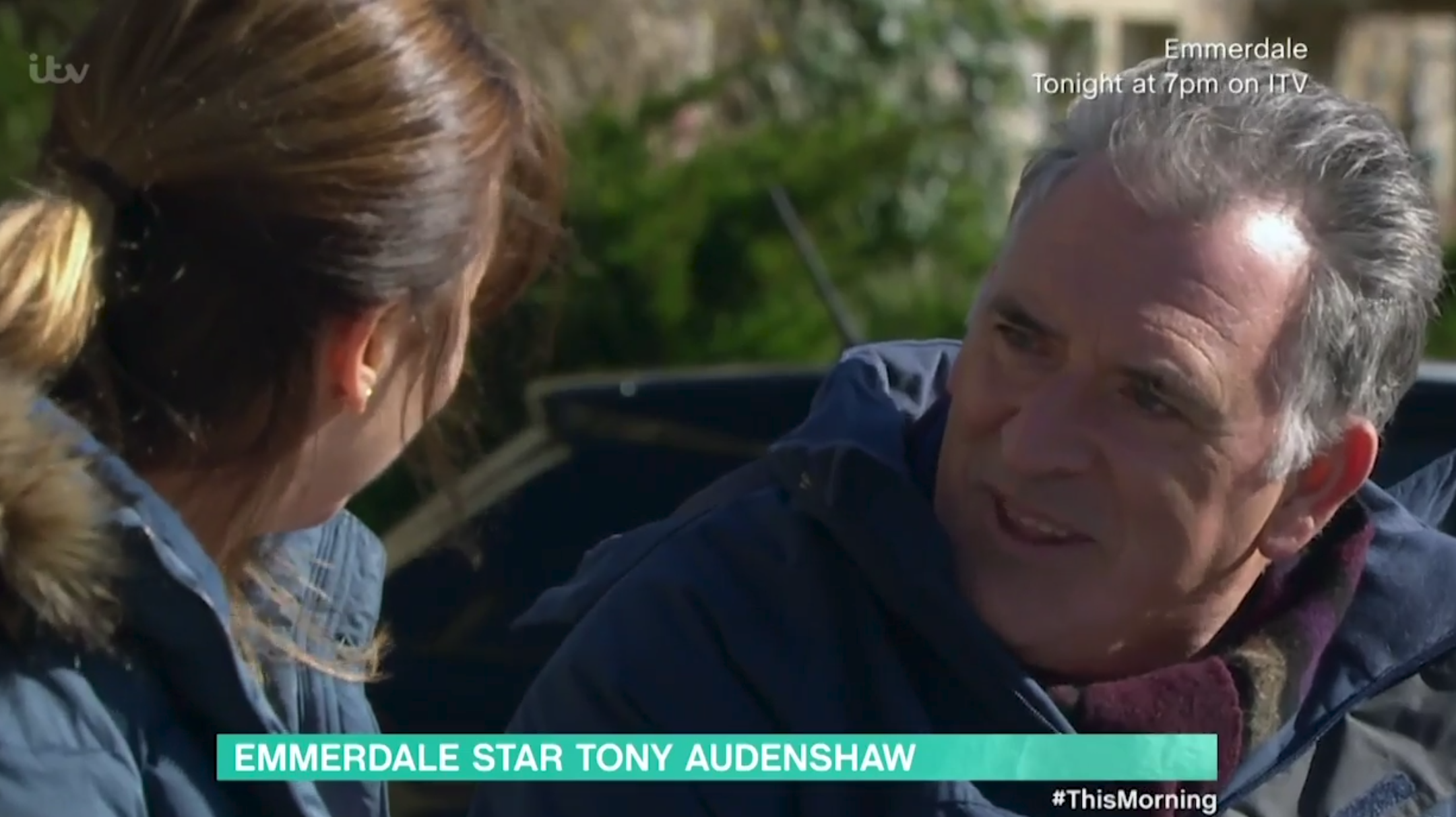 To ensure the virus can't spread, the actors are being paired up in groups of two and together with assigned crew members.

"One of the things that we're dong is we have our own prop boxes. So when I've finished a scene we stop filmimg. I'll put my drink in a box. Another character will take their own drink from their box.

"They've thought of hopefully everything."

The soap will reflect the coronavirus in its storylines and has already started filming lockdown episodes. 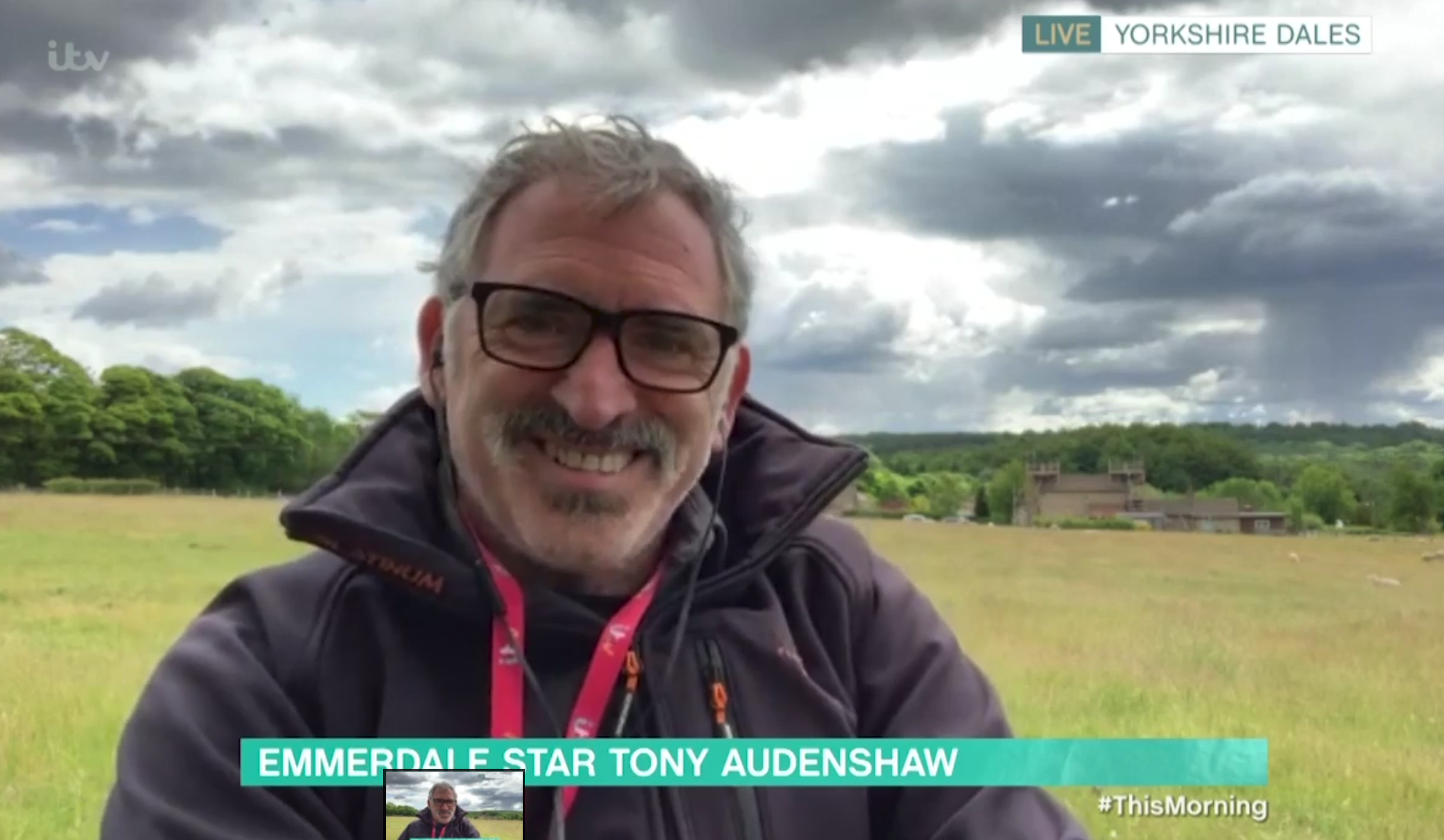 "We're continuing some of the stories we didn't finish last time.

"Over the next three weeks, Emmerdale is going to be on two times a week. And we've got special lockdown episodes each with two characters.

"The first one is with Sam Dingle and Lydia. There are six of them. Apparently they're fantastic to watch." 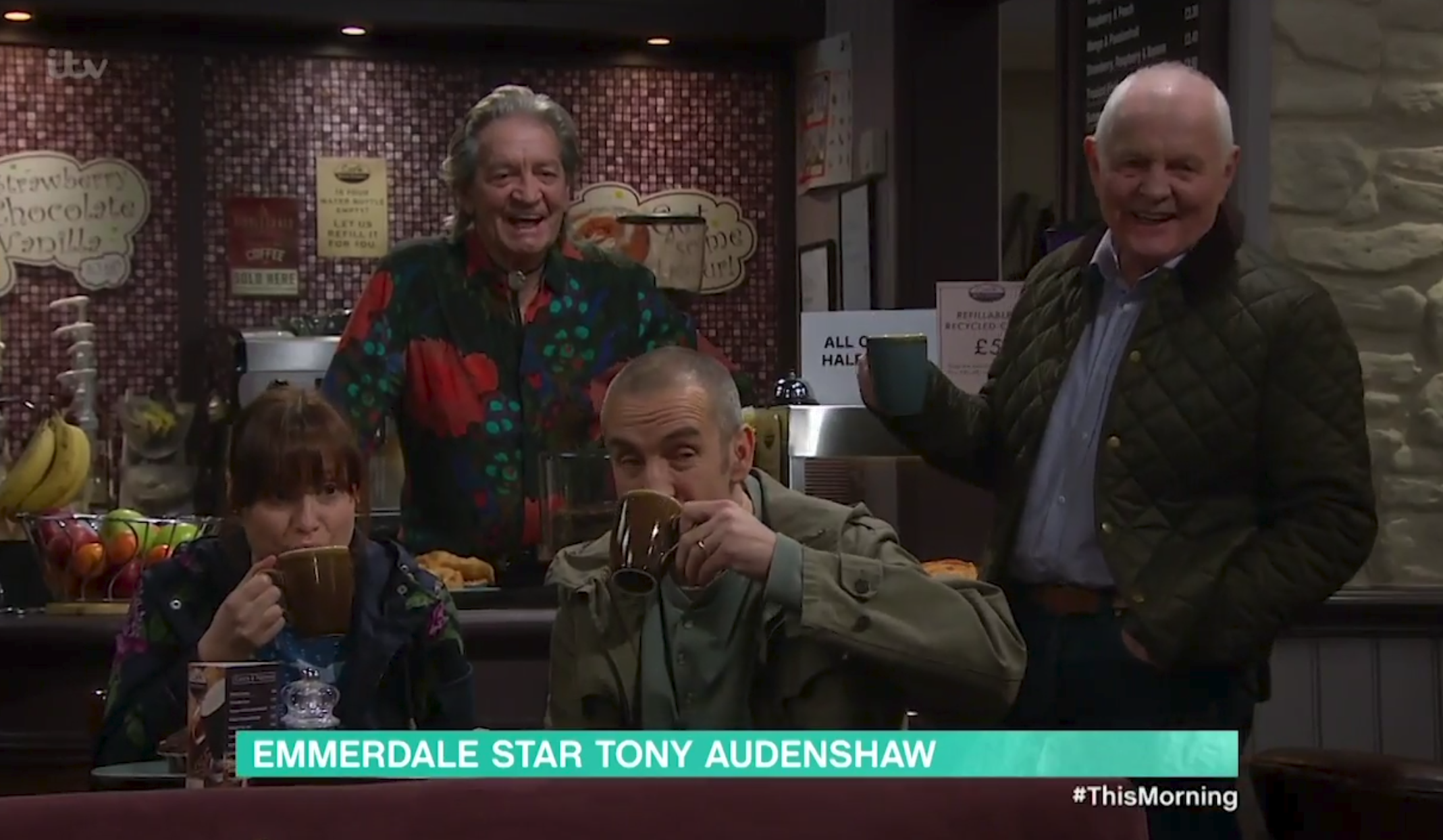 Tony appeared on screen with a bushy beard and moustache.