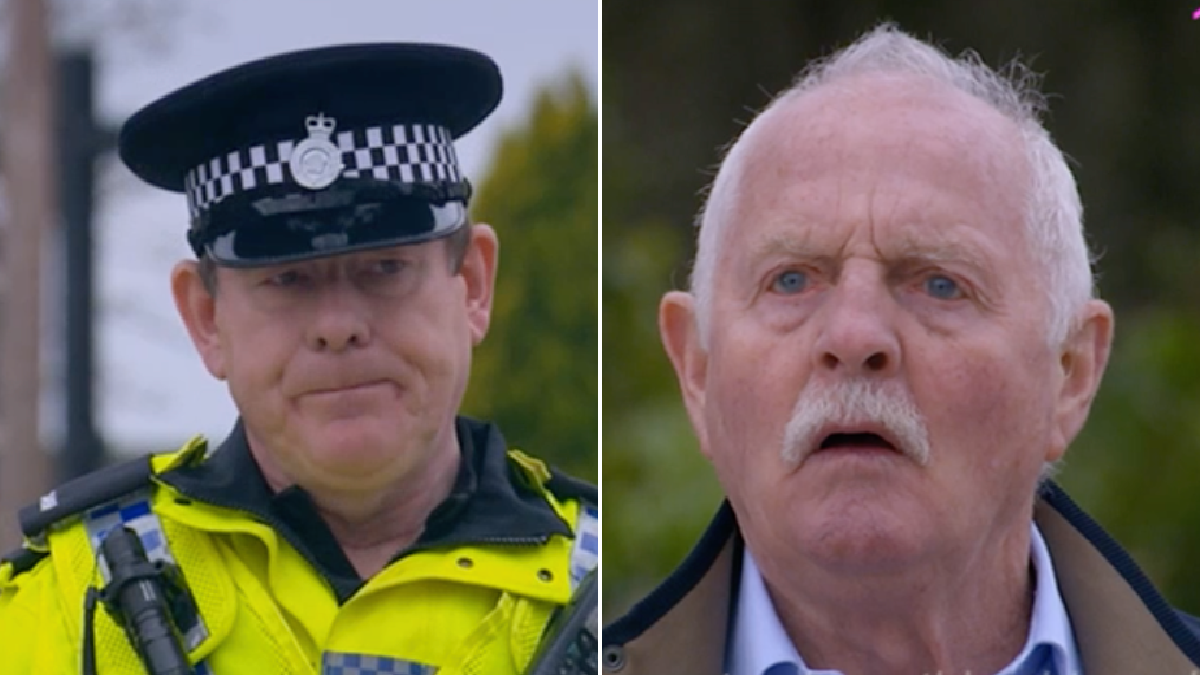 Emmerdale stalwart Eric Pollard (Chris Chittell) was taken away by the police tonight (May 11) for assaulting Aaron Dingle (Danny Miller).

The soap legend was perturbed to find Aaron in his home during Monday’s edition of the ITV soap, and – believing him to be nothing more than an intruder – he lashed out and attacked him with a bat.

Aaron ended up in hospital with serious injuries following the confrontation, and was taken for an X-ray to make sure his kidneys were not damaged.

The young man kept shtum about his reasons for being on Eric’s property at the time of the attack, as he evidently didn’t want to grass on Mackenzie Boyd (Lawrence Robb).

Mack, meanwhile, paid Aaron a visit in the hospital, promising to do whatever it is that he wants – provided he keeps quiet about him having stole the brooch.

Aaron therefore kept the thief’s name out of it when the police came calling, and successfully covered his tracks in the process – claiming he’d knocked on the Eric’s door, and even called his name, before entering.

Given there was no evidence to suggest otherwise – not to mention the fact that Aaron had been badly wounded – PC Swirling arrived in the village to arrest Eric for ‘common assault’.

Eric was left speechless as he was escorted to the police car, but is he facing criminal charges?

Emmerdale continues Wednesday May 12 at 7pm on ITV.