Eric Spinato, a top booker for Fox Business and Fox News, died of the coronavirus on Sunday.

Spinato’s brother, Dean, wrote on Instagram that “COVID took my brother today. He was a gem and one of a kind. I’m so broken and lost for words.”

Spinato was most recently senior head booker and story editor for Fox Business. He returned to Fox News in 2007 to help launch the business channel, having previously worked for CNN and MSNBC. He started at Fox News in 1998 on the Fox Files team, and then went on to become senior producer and head booker.

In a memo to staffers obtained by Deadline, Fox News Media CEO Suzanne Scott, Fox News President Jay Wallace and Fox Business Network President Lauren Petterson wrote, Eric was an immensely gifted and aggressive booker and was renowned for booking the innumerable ‘gets’ we’ve seen on both FNC and FBN over the years. He was also always willing to lend a hand to help a colleague, mentor junior staffers or troubleshoot an issue — countless bookers throughout the industry learned the ropes and the tools of the trade from Eric at one point or another in their careers.”

They said that Spinato had two sons and a girlfriend, and that they would distribute information on arrangements in the coming days.

Spinato’s colleague David Asman paid tribute to him on the channel.

The memo from Fox News is below: 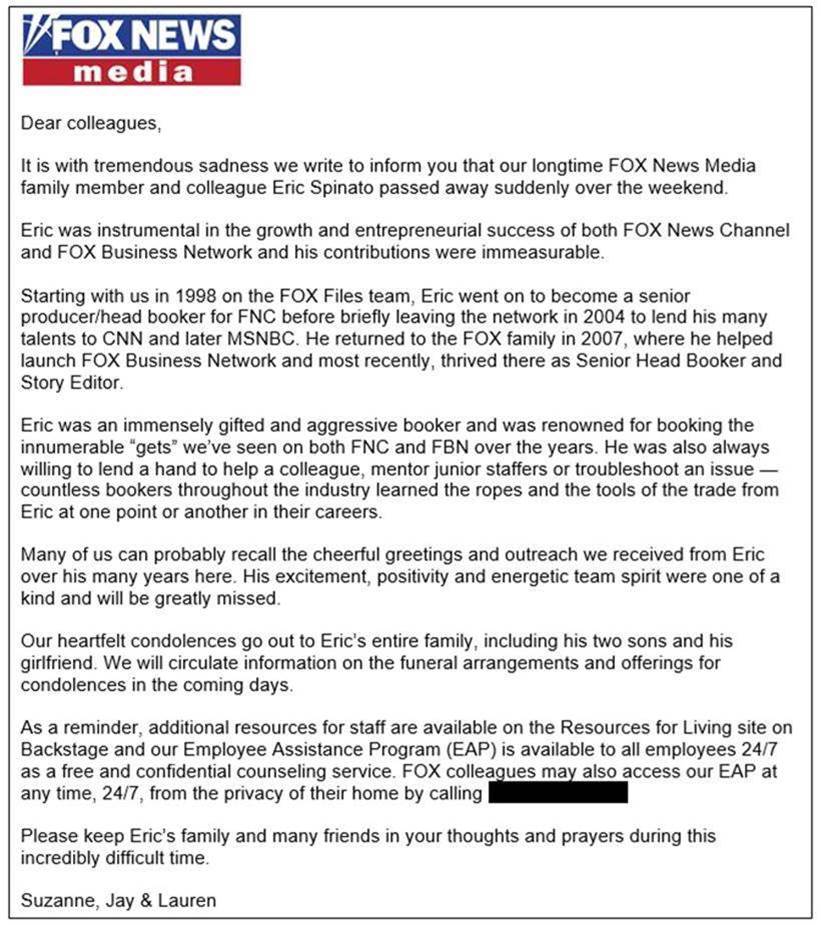