Escape to the Chateau: Dick Strawbridge unveils secret rooms Angel hasn’t been in

Dick Strawbridge and Angel Adoree joined Holly Willoughby and Phillip Schofield from the grounds of their 19th-century chateau on This Morning today. The couple were discussing their new Channel 4 show Escape to the Chateau: Make Do and Mend. However, as the pair spoke about their own renovation project, Dick revealed there were secret rooms in their home his wife hasn’t been in.

Phillip asked: “Are there bits of that chateau or the surrounding buildings that you haven’t explored yet?”

“You know there’s actually quite a lot,” Angel confessed. “I think for us there was no rush to go and look at everything.

“We’ve got a number of things in the attic, we’ve got…”

Cutting her off, Dick pointed out: “There’s a room in the attic that Angela hasn’t been into yet.” 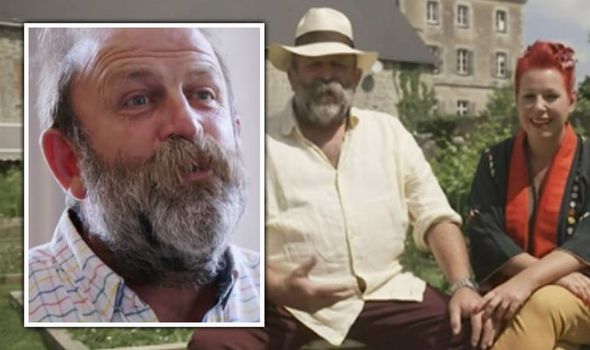 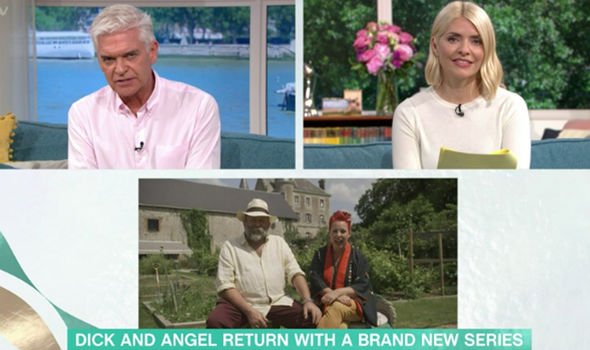 “I really haven’t, it’s quite high up,” Angel explained. “I didn’t know for a long time that it was actually there.

“We’ve got a number of rooms in our outbuildings as well and I’m romantic, there’s part of me that doesn’t really want to explore it all because in my mind there’s a bit of mystery that I haven’t discovered yet.”

“There might be a whole great chunk of treasure that will help fund it,” Phillip joked.

“Exactly,” Angel said and Dick explained: “To be fair, it’s all a bit grubby.” 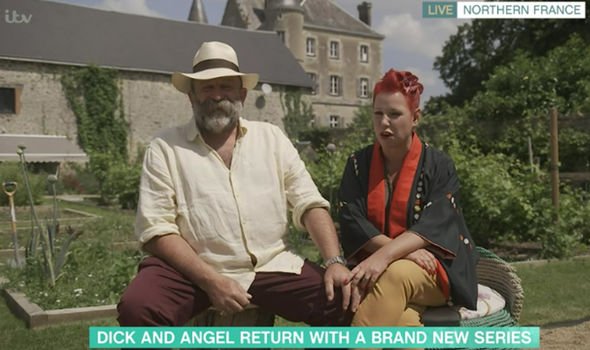 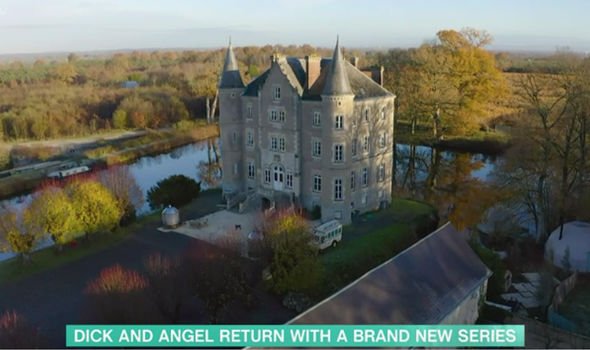 “The areas we haven’t explored are a bit grubby and I think part of the reason Angela hasn’t been there is because there are a lot of spiders,” Dick added.

“But in the attic, there is a pile in the corner and we’ve found things from the past in there.

“We found an old musket at the edge but there’s a whole lot of other stuff.

“This year because there are no weddings and we’re still finding our way through this year we’re doing the roof.”

“When the roof comes off which is a huge job, when that all starts to happen we’ll be looking in all parts of the attic so that’s quite exciting for us,” he shared.

Discussing their new show, Holly pointed out Make Do and Mend seemed to be the next logical step from Escape to the Chateau.

Holly said: “So this is a no-brainer really it’s such a good idea, Escape to the Chateau: Make Do and Mend.

“The idea of this one is that you would like to give people the confidence to have a go, there might be things in life people don’t think they’re skilled enough and they might need to get someone in but you’re thought is to give it a try.”

What is happening where you live? Find out by adding your postcode or visit InYourArea

“Yes, it is,” Dick remarked. “To be fair, last year when the lockdown started we had so many emails from people asking, ‘How do you this? How do you that?’”

“The idea of making a series that allowed people to send us what they wanted to do and we can join them, we had a lot of fun didn’t we?” Dick asked Angel.

“We had a lot of fun and I think we’ve actually proved the concept actually works,” she replied.

“A lot of our contributors have been so shocked at the outcome of what they’ve achieved and there’s been a real kind of emotional side to it because we’ve been really proud.”

Escape to the Chateau: Make Do and Mend airs tonight on Channel 4 at 9pm.