Home » TV and Movies » Escape to the Country: Alistair Appleton blows guest away with unique property ‘2 for 1?’

Escape to the Country: Alistair Appleton blows guest away with unique property ‘2 for 1?’

Escape to the Country: Alistair shows guests a former piggery

Alistair, 51, was on hand to help Mark, a budding writer who was wanting to make the move from Shoreditch in London to the more rural location of the southwest of Dumfries and Galloway in the South-West of Scotland. The features the Escape to the Country guest was looking for from a detached house included three bedrooms, a hobby room, somewhere situated in a secluded location and plenty of countryside views. With a budget of £300,000 to play with, the BBC presenter was sure he could find the right property which ticked all the boxes on his list. However, Alistair surprised Mark when he took him to property number three and told him to bear in mind that appearances can be deceiving.

At the top of the programme, Alistair explained how average house prices for Dumfries and Galloway were £192,488 for a detached home.

With his friend David tagging along to give his take on the properties, Mark was sure he had a vision in his mind for what he wanted.

The mystery house was the exact opposite, however, as the presenter took his guests to view a house located by the coast.

Although the guest wasn’t too aggrieved by the surroundings, what he didn’t seem impressed with was the property was semi-detached.

Standing outside what seemed to be two cottages, the host told Mark: “You said you didn’t want an attached house.” 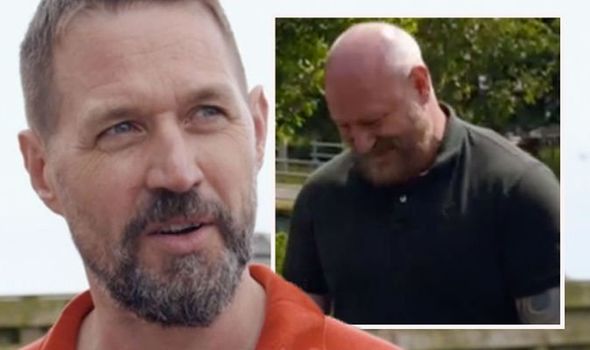 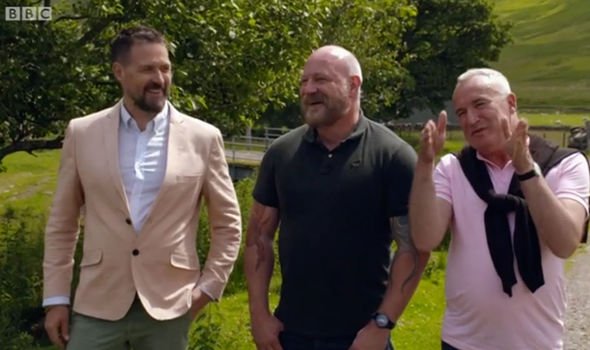 “No,” the guest replied with the presenter quickly replying: “Well this is the mystery house and the mystery is, it’s not attached.

“It’s both houses,” he explained as Mark tried to get his head around what he was seeing: “That is quite a mystery. Okay, it’s both houses.

“Is this buy one get one free?” the guest asked and the presenter told him that was “pretty much” the deal on the table.

“So this used to be the piggery of the town, down by the water’s edge, built in the 1850s and then completely remodelled in 2012.

“So shall we have a look inside?” the presenter asked as the potential homeowner was still speechless over the unique property. 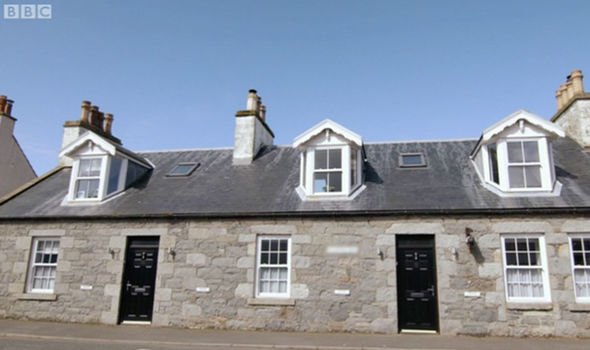 Is this buy one get one free?

Escape to the Country guest

When they stepped inside, the traditional outlook of the property was washed away as the interior adopted a more modern approach.

From the living room, Mark could see the waves of the sea crashing on the harbour’s walls and it seemed like an idyllic setting.

However, the presenter noticed that the guest was hesitant and asked him to share.

The potential homeowner said: “If you moved it 30 miles down the coast, I would bite your hand off. It’s just too far away from the rail network.” 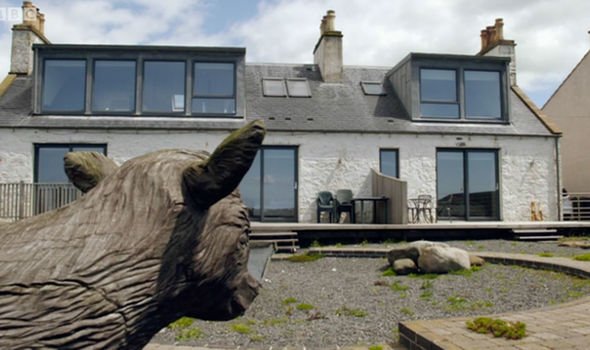 “The house itself is running. Can we put it on a low loader [and drive it down the road?]” Mark joked with the presenter.

The trio went outside to look at the garden and Alistair explained a bit more about what the second half of the property had to offer.

Currently, the people who own the extended cottage rent out both parts and Alistair explained this is something Mark might want to consider.

With a price tag of £284,999, it fell well within the guest’s budget and with five bedrooms included, it provided him with more than enough space.

However, properties number one and two were still playing on his mind and the potential homeowner had a lot to think about.

Property number one was located in the centre of Dumfries and Galloway and was a 19th-century farmhouse that used to be a shepherd’s cottage.

Compromised of two floors, it had been modernised by the current owners and inside given a light and spacious feel.

It also came with a self-contained annexe that Mark could use to situate guests when they came to visit him.

Situated in a Glen, the scenery was exquisite and left a lot to be desired.

However, although the price was healthy at £280,000, the remote location left Mark feeling a little concerned.

Property number two was a slate roof cottage, built in the 1830s and was once used as a local post office before being turned into a residential property.

The guest was pleased by what he was seeing and Alistair noticed it was “smiles all around” as the viewing took place.

It was on the market for offers in the region of £270,000 and although he liked it, Mark explained he would have to do a few things to get his vision across.

For this reason, the potential homeowner decided not to buy any of the properties but said he would continue his search in the given location.

Escape to the Country airs weekdays at 3pm on BBC One.