Home » TV and Movies » Escape to the Country: Sonali Shah apologises for ‘messing with guest’s head’ over demands

Escape to the Country: Sonali Shah apologises for ‘messing with guest’s head’ over demands

Escape to the Country: Sonali apologises to house hunters

Sonali, 40, was on hand to help couple Colin and Lorraine find their dream property in Somerset, 40 years after they bought their first home in London. With a budget of £425,000, the husband and wife wanted to move to be closer to their children who live in Bristol and also wanted somewhere they could enjoy their retirement together. However, moments into Monday’s episode of Escape to the Country, the idea of what they wanted was turned on its head as the presenter of the BBC programme showed them a house that didn’t meet all their demands.

Property number one was located in a village of Somerset and from the outside, it presented itself as a traditional Edwardian home.

The owners had recently refurbished the establishment but kept many of the Edwardian features which made the house more appealing.

As soon as the couple stepped inside, they were blown away by its splendid character, stating the living area and kitchen met their ideal picture of their dream home.

Encapsulating four bedrooms across two floors, again, the husband and wife were pleased with the size and how much natural light was on offer.

When they went outside and saw the lawn space on offer, they were disappointed as every other aspect of the property had met their demands. 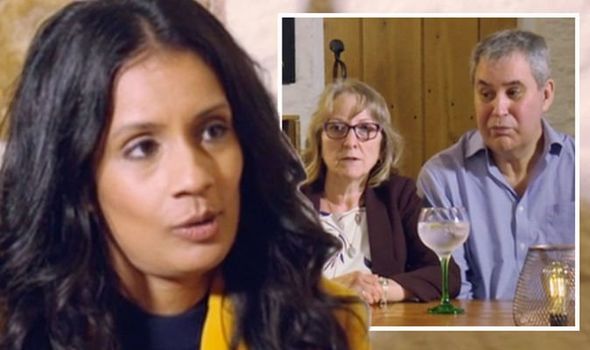 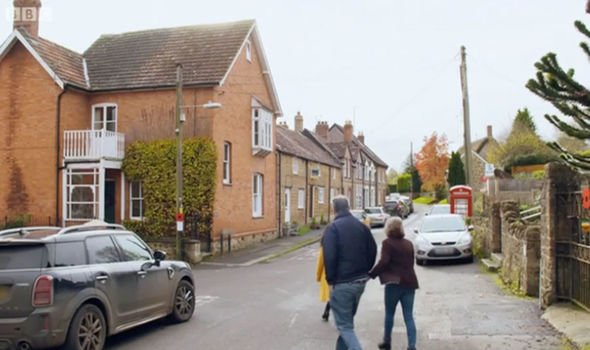 Although Sonali tried to sell the idea of the lawn being low maintenance and how the couple could see lovely views of the village church, they were left in two minds.

Lorraine said: “I think, we were hoping for something bigger,” with Colin adding: “I have to say that whether it’s a deal-breaker, I’m not so sure.

“Because the actual property itself is amazing,” he continued, to which his wife stated: “It’s kind of messing with my head.”

Saying she was sorry for the dilemma she had created, Sonali remarked: “I do apologise for messing with your heads.

“I have a habit of doing that, I’m afraid,” she commented, with Lorraine replying: “We’ve got more to expect, have we?” 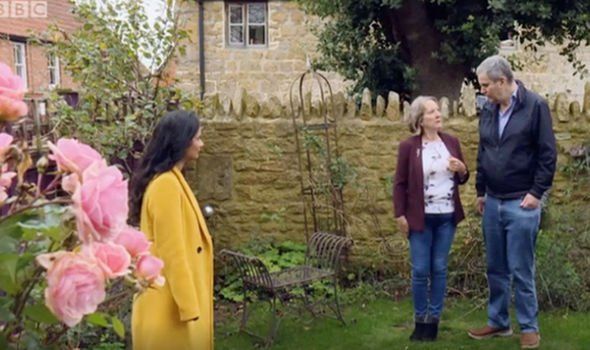 Colin added: “We wouldn’t have wanted to miss out on that house because the garden was a bit smaller than what we were looking for.”

With apologies out of the way, Sonali revealed the property was on the market for £425,000 – the top end of the couple’s budget.

Moving on to property two, it was very different from its predecessor as it had been built within the last 10 years.

Throughout the home were the conventions to suit modern-day living, with four bedrooms and a kitchen sharing its space with the dining area.

With a large garden and the couple beginning to imagine where their furniture would go, the presenter saw this as a good sign. 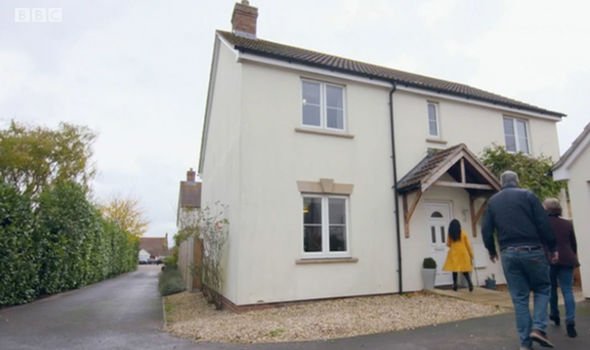 On the market for £385,000, the couple was certainly impressed as Lorraine said: “That is very interesting.

“You’ve certainly not made it easy for us,” she joked with Colin explaining it was a “huge upgrade” on what they were living in currently.

Sonali understood that the guests had a lot to think about as she reiterated it was their first house hunt in 40 years.

Property number three, or the mystery house, was a little further away from village life and was located in a more rural spot surrounded by views of fields and the countryside.

Lorraine said she was concerned a property being away from the village would be too far for the couple to walk if they needed to get a few supplies from the local shop.

However, she explained that was on the back burner and she liked the dream Sonali had sold the pair of the house having both elements of the previous two houses.

It had been completely refurbished to a modern standard and as the pair looked around, they didn’t see anything they could have to change.

With garden space and a secret outside area located at the back of the first lawn, the couple couldn’t believe their luck.

They also thought it would be on the market for a price exceeding their budget but the presenter put them right as she said it was valued at £380,000.

“Wow, that is music to my ears,” Lorraine replied, with Sonali stating: “I’m giving you exactly what you didn’t know you wanted.” 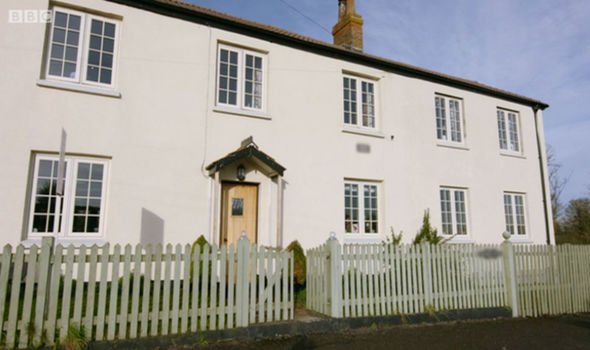 By the end of the search, the couple had agreed they wanted to view the mystery house again before making a decision.

Unfortunately, they decided not to see it again once they’d explained everything to Sonali as they thought it was “too secluded”.

The presenter said they actually went to see property number two again and put down an offer to buy the establishment.

Their work paid off as they saw through a successful sale and the host told viewers the couple would be moving in very soon.

Escape to the Country airs weekdays at 3pm on BBC One.