The European Union and the UK have been struggling to put a trade deal in place ahead of the end of the transition period on December 31. Oliver Dowden slammed the bloc for failing to “get in the headspace” and accept Britain is set on becoming independent from the union. The Culture Secretary told BBC Breakfast Brussels had put some “unacceptable” Brexit demands on the negotiating table.

Mr Dowden insisted the compromises the EU has been asking for are “not worth” striking a deal for as he insisted the UK will continue to defend its interests.

He said: “We would much prefer a Canada-style deal and that is what we have been working towards but this can’t be at any price.

“There is not a country in the world that surrenders its sovereign waters, for example in respect of fisheries.

“The second, there is no free trade deal in the world, whether that is the EU’s free trade deal with Canada or with Japan, that requires that, as the EU changes its regulations, the other country – in this case, the UK – would be required to match them or face consequences. 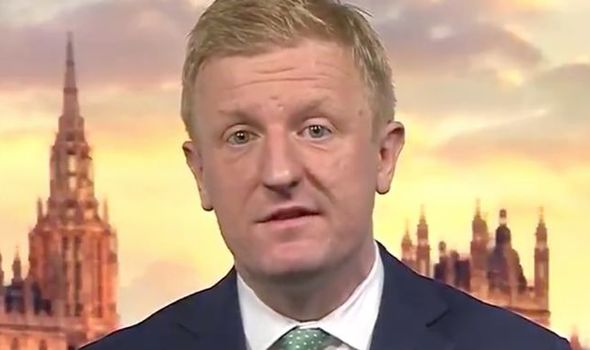 “That is not a free trade relationship, that is trying to keep the UK within the sphere of influence of the EU.”

Boris Johnson and Ursula von der Leyen on Wednesday agreed to continue negotiations until Sunday, when a “firm decision” is expected to be taken.

Mr Johnson however warned the state of the talks suggests businesses and the public must prepare for the possibility of no deal.