Eurovision made its mark last weekend as Italy became the 65th champions of the iconic song contest, with the likes of Malta coming in close behind. Performer Destiny represented Malta and gave a spectacular rendition of her track, Je Me Casse, but it wasn’t enough to get her the top spot. Following the televised event, which aired on the BBC last Saturday, there have been questions surrounding the bets made on the singer winning the competition and an investigation has been launched to confront the cheating allegations.

According to reports, The Maltese Eurovision delegation is alleged to have misused taxpayers’ money to boost Destiny’s odds of winning with the bookmakers.

Minister Carmelo Abela has reportedly ordered an investigation into the spend of €650,000 after a row was sparked as to whether the money was used to place bets on the Maltese singer.

Sources are stating the money was split, with €350,000 being given to the Malta Tourism Authority and the rest going to the Public Broadcasting Service.

Once receipts have been collected, it is likely the total cost of spending will hit €700,000, according to the Times of Malta publication. 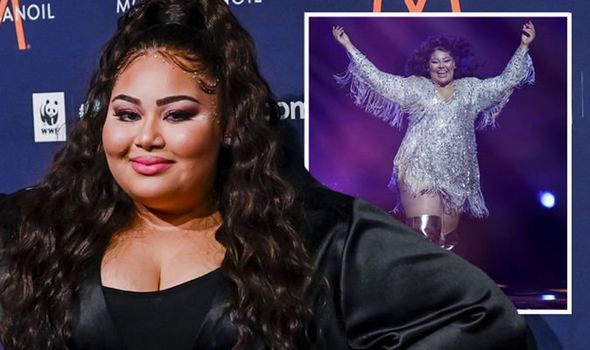 Maltese minister Carmelo Abela was made aware of the possible issue with the betting row by the public broadcaster PBS.

It’s not been stipulated how long it will take for the audit to be completed but it will commence on Monday as officials look further into the cheating allegations.

Destiny was one of the favourites to win on the night in the days leading up to the grand final, which took place in Rotterdam, Netherlands.

The youngster managed to win the semi-final she featured in with her track, Je Me Casse, but only placed seventh on the night of the final.

We tried as hard as we could

Malta acquired points from a number of European countries for its entry and secured 47 points from the public vote.

This is the best the country has ranked since its entrant in 2005 but it was hoped Malta would defeat its opponents, leaving many disappointed.

It was Italy who reigned supreme, with rock band Maneskin taking the crown with their performance of the track, Zitti E Buoni.

Unfortunately, the UK failed to receive a single point, meaning by the end of the night, its act had ranked last for the second year in a row.

Performer James Newman took the loss with great conviction, after taking to the stage earlier in the night to sing a rendition of his song, Embers.

Speaking in the fallout from the final, the musician was asked if he would do anything differently, to which he said he “wouldn’t change a thing”.

“Maybe people just didn’t like my music. We tried as hard as we could. I need time to process what it is that we could have done better,” he explained.

Just hours before the final, the UK looked like the most likely to come last as Coral bookmakers had the nation’s chances of winning at 100/1.

Their chances of coming last were at 2/1, with spokesperson Harry Aitkenhead saying: “We are giving the UK next to no chance of success at the 2021 Eurovision Song Contest.”

Italy were the favourites to win with Coral bookmakers as the European country was placed at 3/1 to claim victory.

Malta was just behind at 10/3 with France taking the third position at 4/1 but the votes spoke for themselves as the bookmakers’ favourites were crowned champions.

This means the Eurovision Song Contest will next year be held in the Italian capital of Rome as the European nations compete to win the competition.

Eurovision is available to stream on BBC iPlayer.