We’ve been keeping up with Little People, Big World for years — and it’s Jacob Roloff who made the biggest scene when he left the show. Matt and Amy Roloff still carry the main storyline while their son, Zach, and his wife, Tori, have their segment as well. But it’s Jacob who wrote about stepping away from the small screen in favor of a reality TV-less life via Instagram.

Many fans speculated that Jacob didn’t get along with his father or sister-in-law, Audrey Roloff. But it seems he and his mother have always stuck through the hard times together. And after Amy’s post about “Black Lives Matter,” Jacob’s offering his support via Instagram. Here’s what he wrote.

And they’re off! 😊♥️. Going to miss these two everyday @jacobroloff45 and @isabelsofiarock They’re back on the road, van life, and looking for a hone for one day soon. Thankfully not to far far away 😊They came over for Mother’s Day and gave me flowers. This mama was happy. 💗Then the other day, after Jackson’s birthday they took off.. Of course I had to have them over for dinner and make them a Dutch baby pancake too bf they did. So proud of them. Love you too ♥️♥️ #vanlife #emptynester #amyroloffsnextchapter #lovemykids

When Jacob announced he left LPBW, he denounced the show by saying it made his family into caricatures of who they truly are. And there were plenty of reports that suggested Jacob and Matt were also at odds after Matt and Amy’s divorce.

“I think when his parents divorced he put a lot of the blame on his dad,” an insider told Radar Online. “His mom was hurting for a long time, and he believes Matt was the sole cause of that — like his dad is the one that blew up the whole family.”

As for Jacob’s relationship with Amy, the two seem to be close. And Jacob’s wife, Isabel Rock, appears quite close with Amy as well. When Jacob and Isabel were prepping for their wedding, Amy helped a lot with the bridal shower — especially since Isabel’s mother is no longer with us.

I have to admit, I’ve struggled this week or more with all that is going on. I didn’t know what to say when I felt so much. I was conflicted. Do I post for the sake of posting and being a part of the noise? No, that’s not me and I felt so much more than that and it felt lame doing so considering the magnitude of everything. This is important. This is what I felt I needed to do. I needed to take time to listen, to understand, to read and be more informed… and I’ll still probably get it wrong. I’m sad. I’m scared. I’m lost. I’m horrified. My heart is broken. I can’t imagine the horrific last 8:49 minutes of #georgefloyd🖤 life and what he endured. Others saw, watched and stood by. He must have thought why isn’t anyone helping me as he took his last breath. I was numb. Why? How can this still be happening? Yet, as I try to take time to listen, to read and be more informed and understand all this I realized this has been happening to the black community for decades facing the injustice, the inequality, racist biases, everyday fear…. I won’t try to fully understand but I knew I had to check within my own self and heart. Can I make a difference?. I don’t know how but I can try, even if it is in a small way. I’m thankful for all the peaceful protesters taking a stand for injustice in my community and all over the country. I’m thankful for so many coming together in support and wanting to make positive change for the black community that will also be good for all. Do we realize that? I hope we do now. I’m thankful for all those doing good and the right thing standing up among those in their midst that aren’t. We all need to take action but it will be different in how we do that individually and that’s ok. I know I will find a way and must. This has to end. This has to change and it can. It will take each one of us to do our own reality check inside and be a part for good. I don’t like being judged or have people afraid of me or think less than. I can only imagine 100 times more what black individuals face everyday. I’ll keep praying, keep loving like Jesus loves, the faith and hope. Don’t lose hope. (The photos here spoke to me)

Jacob has shown a ton of support for the “Black Lives Matter” movement in the wake of George Floyd’s death. He’s posting plenty of resources for white allies, and he’s also calling out his conservative family members who still support Donald Trump.

As for Amy, many didn’t think she was going to address the current movement, as she waited awhile to address it publicly. Finally, on June 6, she posted popular photos of protestors to show her support. And she added a lengthy caption to the Instagram post.

“I have to admit, I’ve struggled this week or more with all that is going on. I didn’t know what to say when I felt so much. I was conflicted,” Amy started. “Do I post for the sake of posting and being a part of the noise? No, that’s not me and I felt so much more than that and it felt lame doing so considering the magnitude of everything. This is important. This is what I felt I needed to do.”

Amy then continued on by explaining that she’s reading, listening, and paying more attention to what’s happening around her to further educate herself. “This has to end. This has to change and it can. It will take each one of us to do our own reality check inside and be a part for good,” she added. 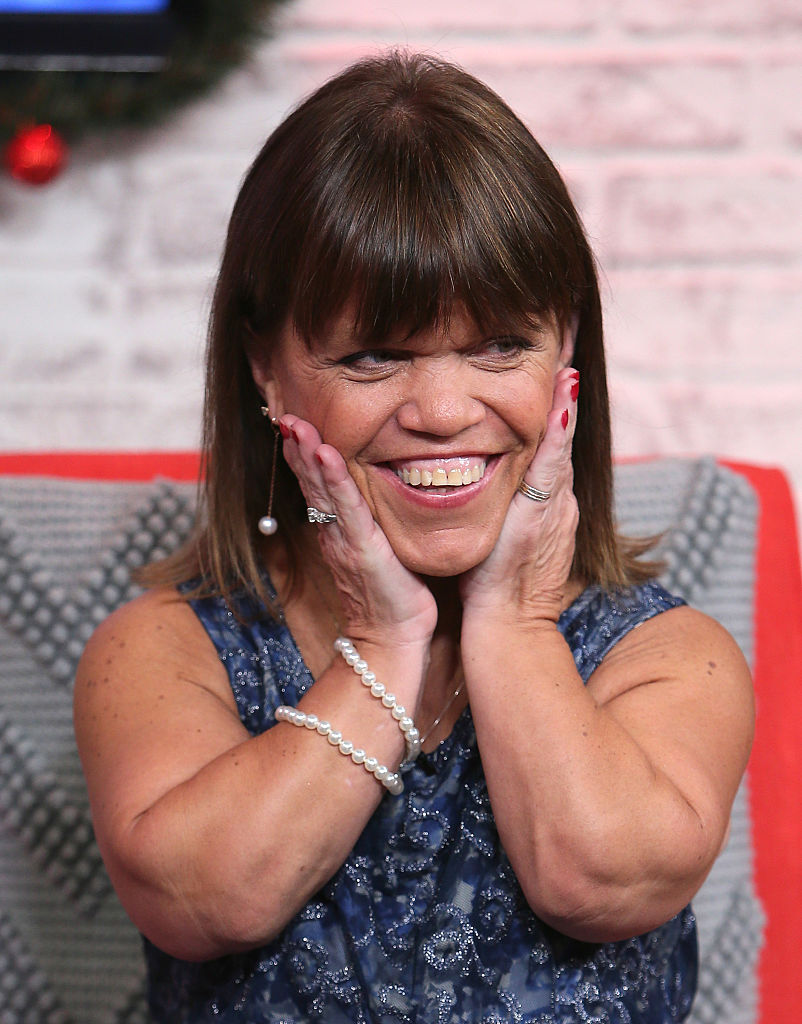 It looks like Jacob is ultra proud of his mom for her post. While Matt still hasn’t posted anything in solidarity with the movement, Amy’s post came across as sincere — and fans are loving it.

“Thank you mom!!!! sincere and honest words,” he commented on her post.

This is a much better response than he gave to Audrey Roloff when she attempted to post about “Black Lives Matter.” While Audrey promoted a video via her Instagram Story that was originally posted to her brother’s Instagram, it didn’t go over well with Jacob.

It’s nice to see Amy getting support from her son. Perhaps this will influence Matt to make his own statement during these times as well.