After 17 months of on-and-off promotion, including two Super Bowl spots, Universal’s F9 finally arrives at U.S. and Canadian theaters this Friday with high hopes of turbo-charging what has been a rudderless summer box office as the pandemic calms. 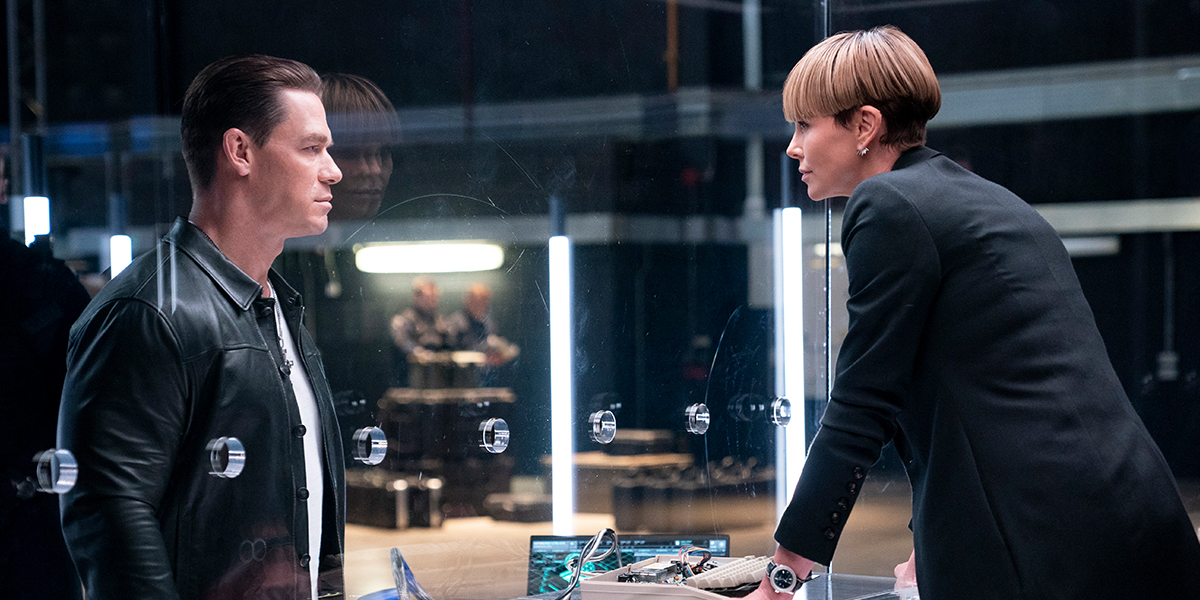 F9 will be the widest theatrical release during the pandemic at 4K+ theaters in a marketplace which still has parts of Canada defunct, i.e. the Ontario province, home to cinema-loving Toronto. On the upside, box office capitals NYC and LA are operating at 100% capacity. The hope is that the fifth Fast & Furious movie from filmmaker Justin Lin, who returns in the director’s seat after sitting out since 2013’s Fast & Furious 6, can at least do $50M-$60M. That would be a nice start. There are loftier projections out there at $70M+, but that remains to be seen, and as we’ve always said, the current marketplace comes with an asterisk. The heightened outlook stems from a big piece of IP actually working, much like A Quiet Place Part II did over Memorial Day weekend with a $57M four-day start; that Paramount title being the only summer tentpole to date with $126.3M.

Some box office sources have tried to make a case that moviegoers are still cautious about heading to the cinema. While that might be true for older demos, the under 40 bunch isn’t hesitant, evident in the turnouts for A Quiet Place Part II, Godzilla Vs. Kong, which just recently became the second title to cross $100M during the pandemic; and the opening weekends of Mortal Kombat and Cruella. Rather it’s product which hasn’t sent turnstiles spinning, i.e. Lin-Manuel Miranda’s lesser marquee musical In the Heights and Lionsgate’s no-one-was-really-asking-for-it sequel The Hitman’s Wife’s Bodyguard. 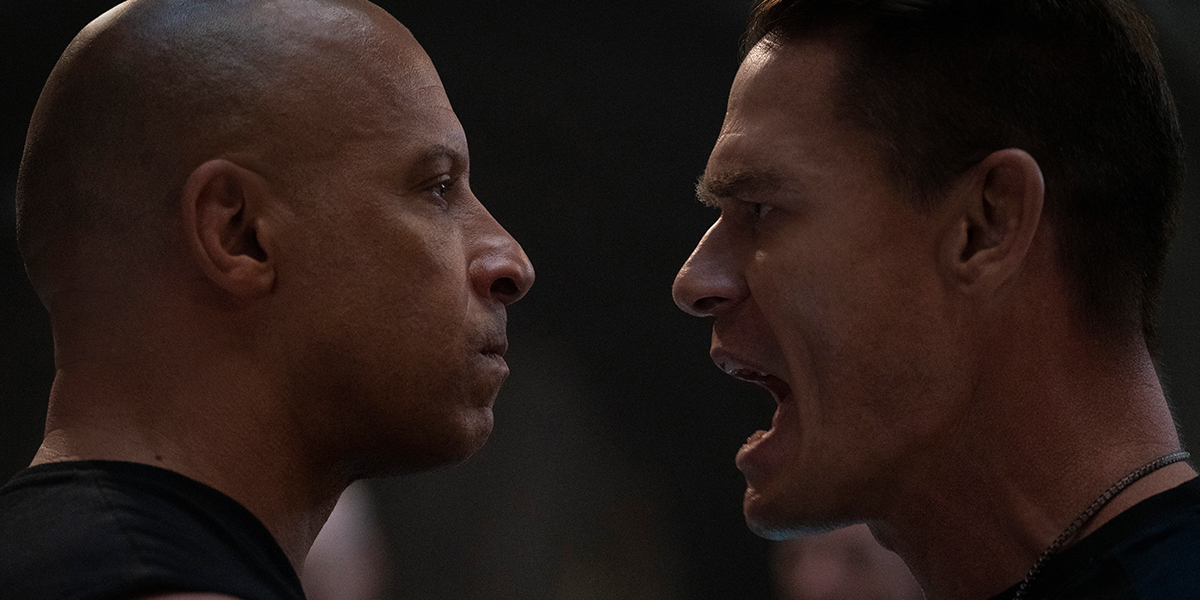 F9 comes with a 66% fresh on Rotten Tomatoes, which isn’t that far from what critics gave the last two movies in the franchise, spinoff Hobbs & Shaw (67%) and Fate of the Furious (67%). Anecdotally, I will say the ninth movie is like a long, tall glass of ice water in the desert;; a great caffeine pill if you happened to doze off over the last two films. Lin brings a vibrancy with fresh car chases and stunts that we haven’t seen before in addition to the intriguing beefcake bro rivalry between Vin Diesel and John Cena’s Dominic and Jakob Toretto. And, yes, there’s the whole #JusticeForHan stakes. The response and cheers from the crowd who I watched it with last Thursday at the AMC Burbank seemed to agree: It’s the summer blockbuster we’ve been waiting for. Presales are strong, I’m told by various sources, and we should have more details on those soon.

Should F9 come in on the lower-side of expectations, then it’s because of moviegoers’ hesitancy due to franchise fatigue; Fate of the Furious opened to $98.7M stateside over Easter weekend 2017 while Hobbs & Shaw debuted to $60M. Fate earned an A CinemaScore, just like the Paul Walker 2015 finale Furious 7 before it (which remains the top grossing domestic opener for the series at $147.1M and $353M), while Hobbs & Shaw shifted down to an A-.

Already, F9 is closing in on $300M overseas. While notable for the pandemic, is not up to the offshore norms we’re use to for the franchise, and that’s due to a number of foreign markets being either closed or having capped capacities. In China, F9 is one of only 19 Hollywood titles to cross $200M at the B.O. Universal now has six movies that have crossed $200M in the PRC, surpassing Disney’s count of five titles there. In Korea, F9 has now become the biggest MPA title since 2019 surpassing the lifetime of Disney’s Soul. F9 hits four new territories this weekend including Brazil, U.K. & Ireland and Mexico. The pic will continue to rollout abroad this summer. 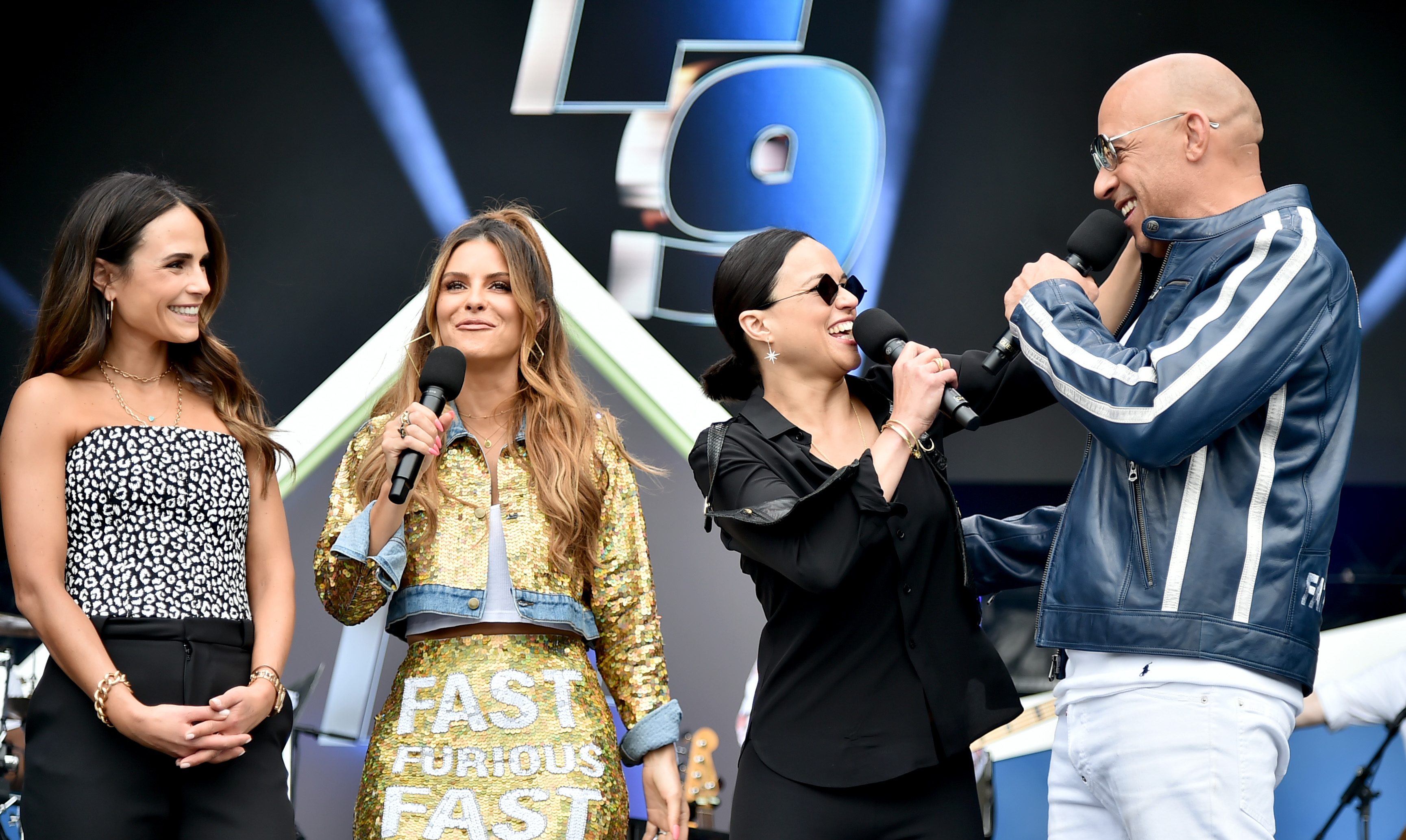 Before Covid, F9 was scheduled to open over Memorial Day weekend 2020 and Uni exploded the pic’s buzz out of Super Bowl LIV with the “The Road to F9” live concert event in Miami, FL with the pic’s stars Cardi B, Ludacris and Ozuna along with a nearly four-minute trailer which promised “Justice for Han,” the slain character which upset many of the series’ Asian fans. The trailer event yielded 439.3M global views across YouTube, Twitter and Facebook in its first five days, with the livestream concert’s viewership pulling in 12M views in its first 72 hours. At that point in time in early February 2020, F9 had already sold nearly 4x as many advance tickets as Hobbs & Shaw in its first four days. F9‘s Super Bowl spot generated 6x more viewership than that of the second-most watched movie trailer, Black Widow, in 2020, and the ninethquel continued to lead all movie trailer traffic this year at Super Bowl LV with 44.5M views on social media in the 24 hours following the Big Game.

There is a lot of pressure on Universal by the industry for F9 to deliver this weekend; for the sake and survival of theatrical movies overall. Studios like Disney, and Warner Bros (with its 2020 slate), remain practitioners of simultaneous theatrical-in-home releases. However, Universal, outside of its upcoming DreamWorks Animation title The Boss Baby: Family Business which will debut in theaters and on Peacock day-and-date, is believer in the theatrical window, even though they’ve squeezed it during the pandemic.

Universal’s multi-year deal with No. 3 chain Cinemark, which reportedly mimics the terms of its first shrunken window deal with AMC and with other exhibitors, calls for a 31-day theatrical window on those Uni and Focus titles opening to $50M+, while those opening to under that level will have a 17-day window before hitting PVOD.