Home » TV and Movies » ‘Fast & Furious’ Road Will End After Two More Films; Justin Lin To Direct Both For Universal

‘Fast & Furious’ Road Will End After Two More Films; Justin Lin To Direct Both For Universal

EXCLUSIVE: Universal Pictures is planning to wrap up its Fast & Furious core film franchise with two final movies that will bring to a close a franchise which has revved its way to become the highest grossing movie series in the studio’s history. Justin Lin — who is in post-production on F9, is in talks to direct the final two installments and bring a saga that began nearly 20 years ago to a close.

It’s early days on when this will begin production but it seems likely they will tell a big story over two films that will focus on franchise patriarch Vin Diesel and bring back Michelle Rodriguez, Tyrese Gibson, Chris “Ludacris” Bridges, Jordana Brewster, Nathalie Emmanuel and Sung Kang.

F9 — which is the fifth film in the franchise directed by Lin and which premieres next Memorial Day — continues the story line of the core cast and Charlize Theron, and adds John Cena, Helen Mirren, Grammy-winner Cardi B and Reggaeton sensation Ozuna. They are just beginning to put the final two vehicles together, but scribe Chris Morgan will likely be back under the hood, and the natural speculation will be to wonder whether Dwayne Johnson and Jason Statham — core castmembers who peeled off for the F&F spinoff Hobbs & Shaw after Johnson and Diesel had a falling out — will be back for the finale. Johnson and Diesel might never be fast friends, but there is an opportunity to pull off the motorhead’s answer to Marvel’s Avengers, a configuration that might include Wonder Woman‘s Gal Gadot, also part of the ensemble earlier in her career. 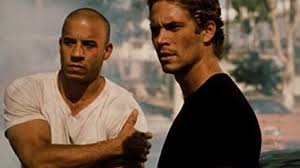 It might not have seemed probable back when The Fast & Furious launched the franchise in 2001 with Diesel and Paul Walker as lead-footed protagonists, but the entire series has eclipsed Jurassic Park to become Universal’s biggest. The eight movies and the spinoff have grossed around $5.7 billion; Jurassic is also over $5 billion and has its next installment, Jurassic World: Dominion, shooting in London. The Fast franchise survived the tragic death of cornerstone star Paul Walker, but it’s always good to end the race before the vehicle runs out of gas. There are still plans for other movie spinoffs and TV shows, so there will be no call for the studio to be calling Kars For Kids to cart away a junker.

It is likely that the final two installments will be produced by Diesel through his One Race Films banner, Jeff Kirschenbaum, Lin, Neal Moritz, Joe Roth, Clayton Townsend and Samantha Vincent. They are the producers of F9.

Lin berthed his Perfect Storm Entertainment banner at Universal in a multi-year overall film and TV deal in late summer, and these two films will likely keep him busy for a long time.

Lin is repped by CAA and Sloane Offer.