Home » TV and Movies » For years I've been portrayed as a sex object but now I'm owning my body, says Ulrika Jonsson

For years I've been portrayed as a sex object but now I'm owning my body, says Ulrika Jonsson

EARLIER this week I posted a naked selfie on my ­Instagram Stories.

Just a 53-year-old female body with its back to the bathroom mirror. No make-up. No filters. 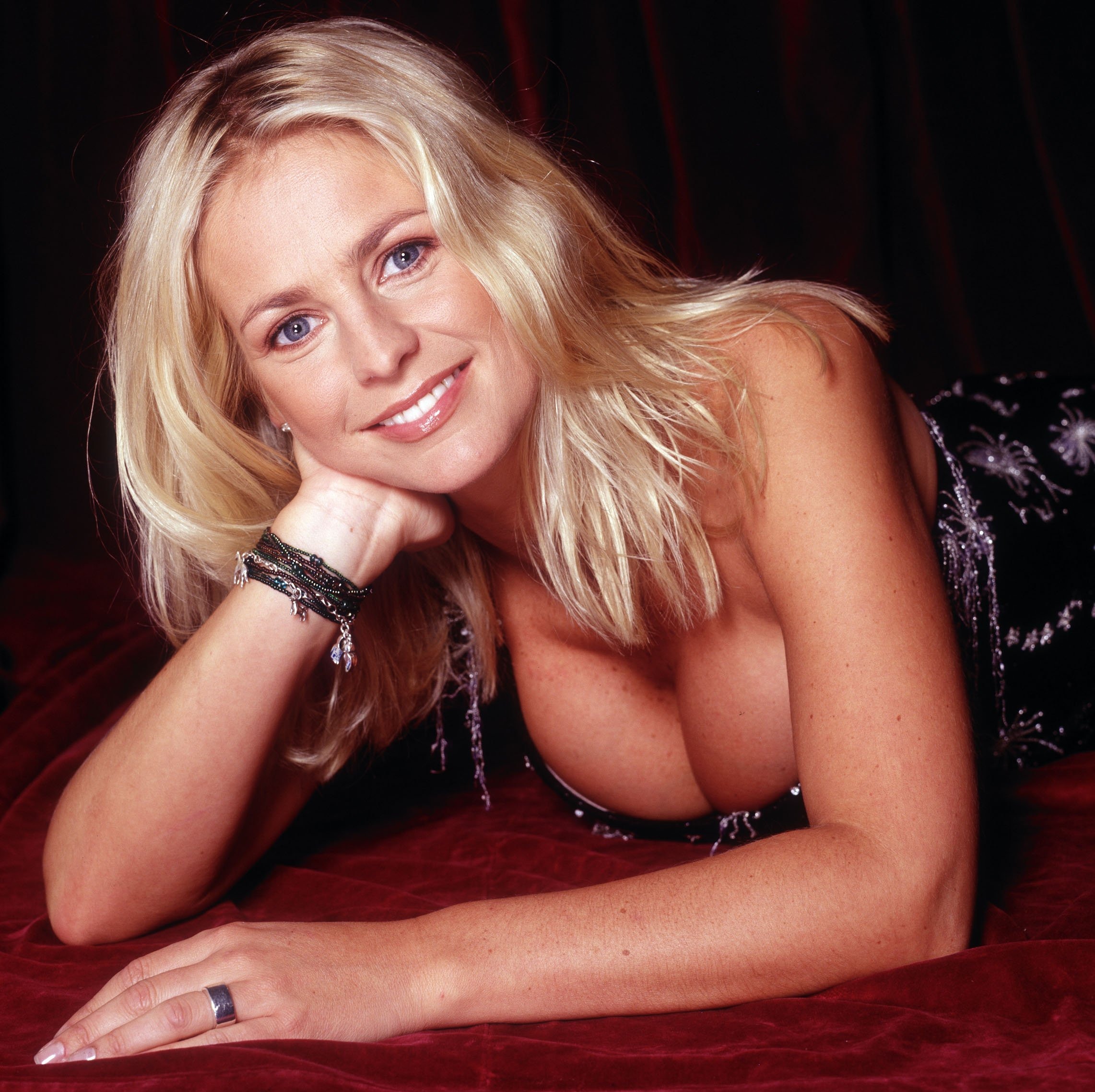 I captioned it “reclaiming my body”. It was neither pre-planned nor especially well thought out.

And it seems to have touched a nerve because the response was considerable.

For the sake of my children, it was not full-frontal or explicit. Nor was it outrageous. It was just me.

And for the record, children, I ­honestly don’t care much for your embarrassment. My body. My rules. 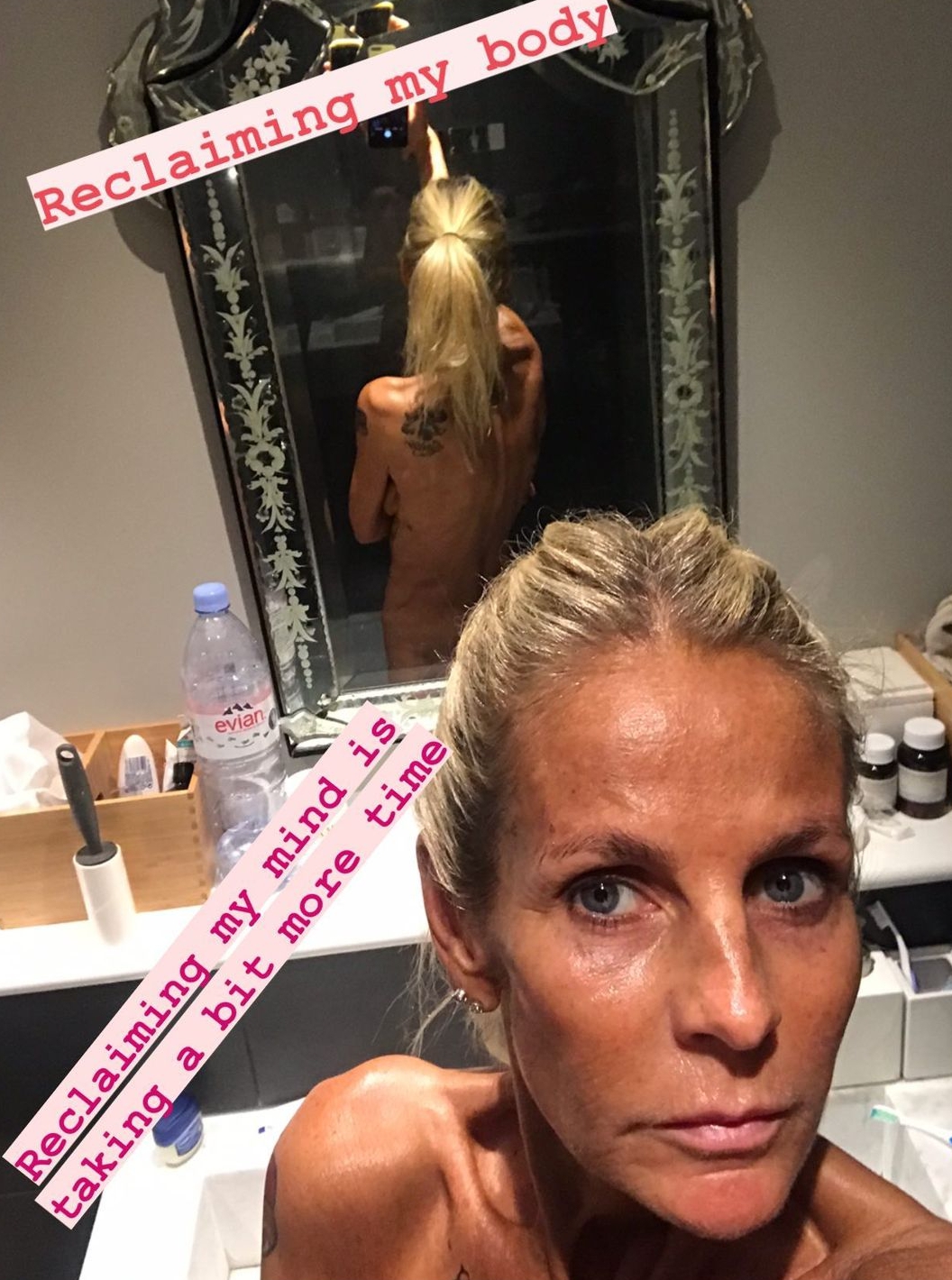 The intention behind the post was not to offend, outrage, challenge or disturb.

It was a note to myself — a reminder that for all that my body has endured, I now need to reclaim it and do something I’ve never really done before: Own it.

Historically, women have always “belonged” to someone or something.

Politically, legally, medically, culturally and even reproductively, our bodies haven’t been our own, whether we have known it or not. 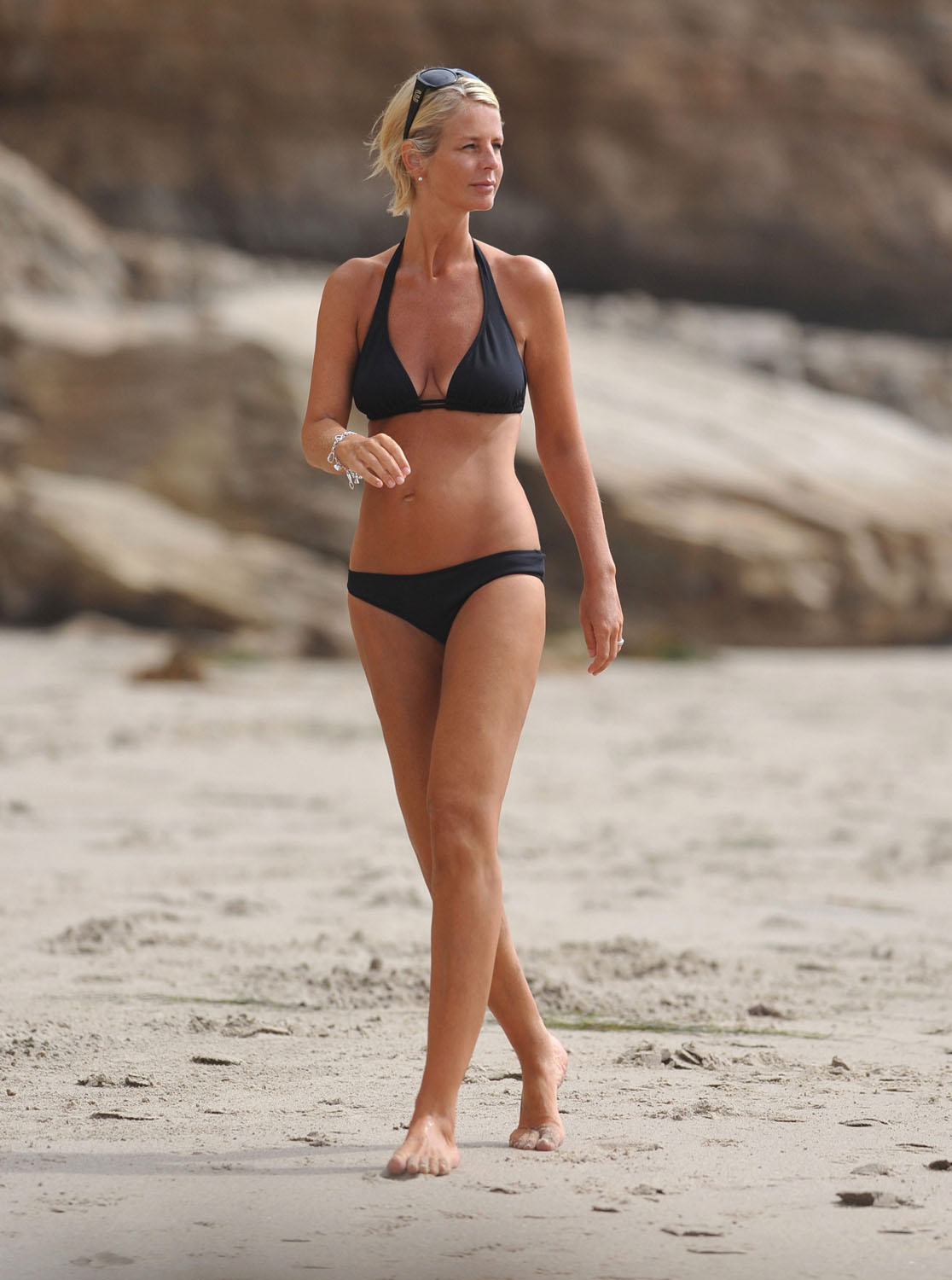 Ever since I was a child, I felt confusion around the rights surrounding my body.

Like many girls, I was on the receiving end of comments about its size and shape and would be degraded for my bow legs and “fat arse”.

By today’s standards I would just be considered “average” but I can’t lie — I liked food and loved puddings more.

Then, as life tootles along, your body is taken over by puberty and Mother Nature, and you are rendered helpless in the face of hormones. 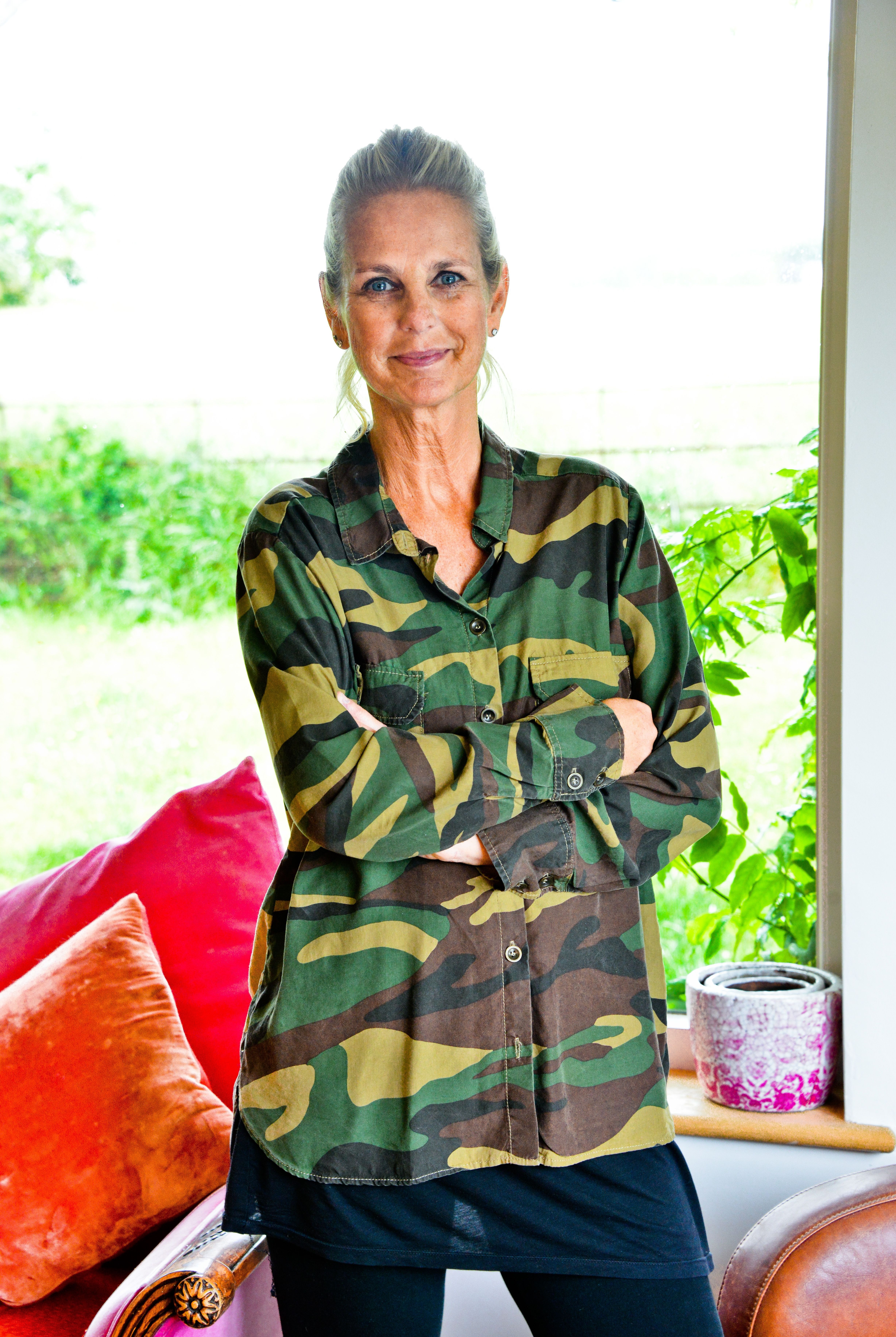 Like all girls, I soldiered on with painful, heavy periods and horrendous pre-menstrual tension — enough to make me walk out of the house I shared with my first husband one time because there were too many knives in the kitchen. I felt demented.

But in relation to my own body, I felt utterly dispossessed. I had no ­control over it.

Puberty really was no walk in the park. As women we’re dismissed as “hormonal” right up until our dying day.

We’re the butt of every joke in the stand-up repertoire and yet, ­hormones — our endocrine system — control everything women and men do.

Why did no woman ever take me aside and tell me my body should never be subjected to anything I didn’t want?

It may have been that despite an excellent sex education in Sweden, things faltered somewhat in my teens when it was time to “connect” with the opposite sex, because I was ­absolutely clueless as to what I had a right to expect or demand or hope for.

Sexually I was a most sentient, ­passionate being but I felt embarrassed by my feelings and thought men were meant to take control, and I would simply follow their lead.

Why, oh, why, did no woman take me aside at that point and empower me by telling me that I deserved ­ownership of my body and it should never be subjected to anything I didn’t want it to be?

It was possibly a generational thing, a sign of the times despite the rise of feminism in the ­Seventies, because I have ­certainly had those conversations with my two daughters, who are now 16 and 20.

I want them to be well-equipped; wear their armour with pride and know their rights.

But I didn’t feel body-confident. And like many young (and older) women, I fell victim to a sexual assault at the age of 19.

At the time, there had been no public discourse about “date rape”, which is what my experience amounted to — there was no such term.

At the time, it was quite legally permissible for a man to force himself on his wife, that’s how much we valued women’s bodies. Little wonder then that I felt I had no right to complain. 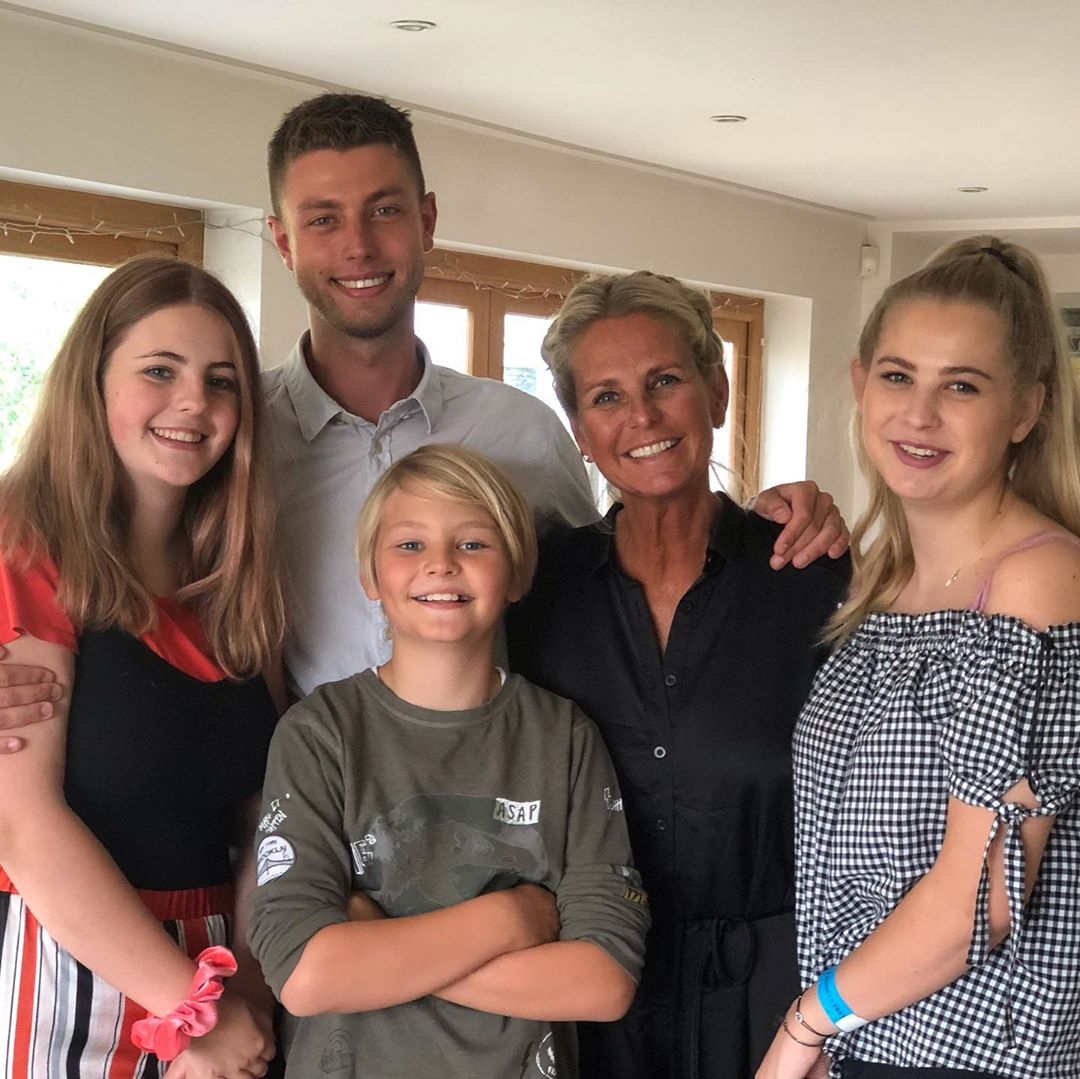 This, in turn, caused me to have a confusing and conflicting relationship with my body.

Chief Crown Prosecutor Siobhan Blake has said rape and serious sexual assaults are some of the most ­traumatic offences people survive.

Needless to say, it would be a ­miracle if I had walked away from that incident without any emotional or psychological scars that I would carry with me as I developed into my future self.

I think in many respects my innate, deep-seated desire to become a mum saved a little bit of my fractured identity because I understood that I needed my body to do something truly great and amazing — something I felt I was born for. 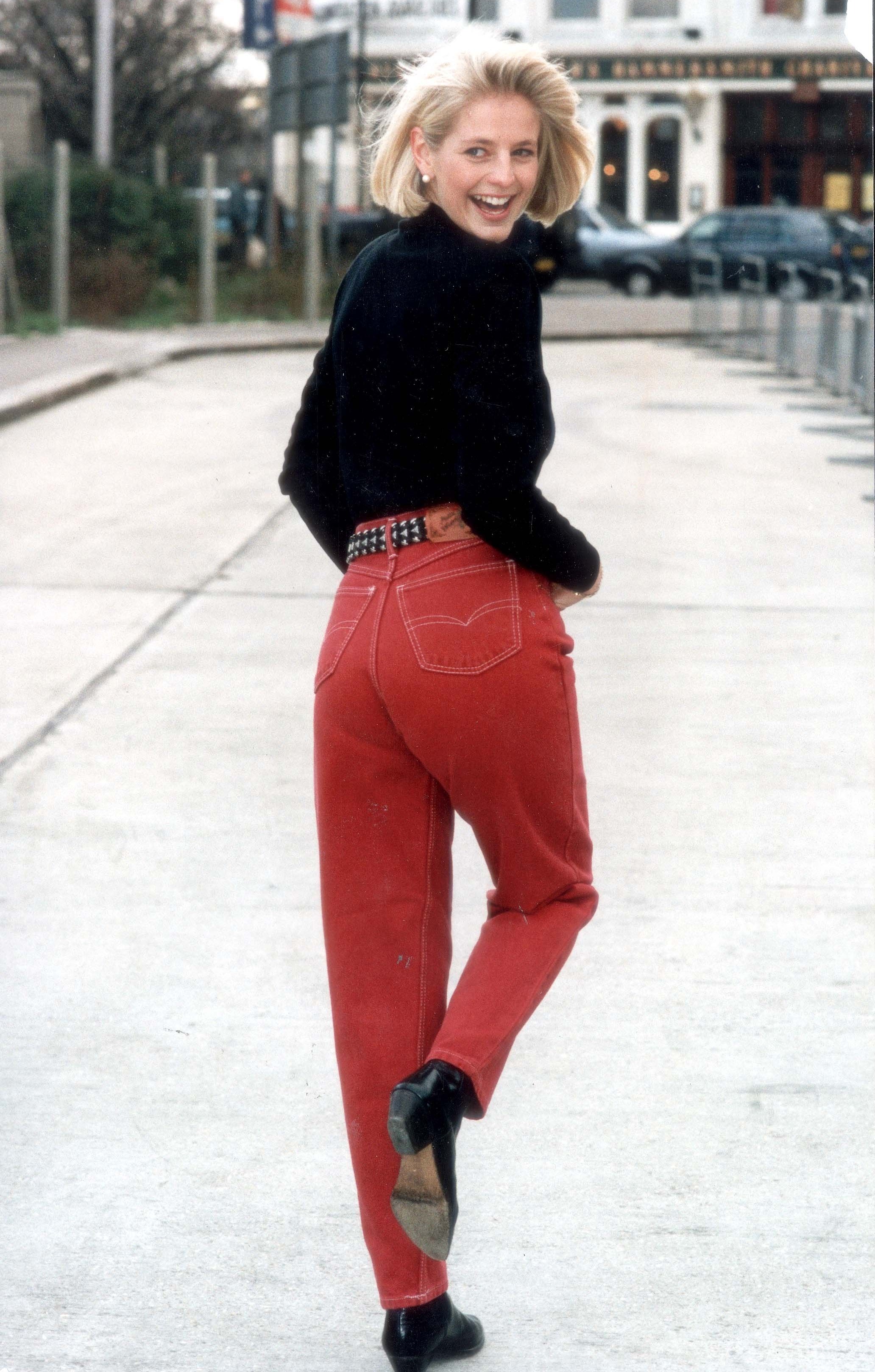 I knew that I would have to ­surrender it again, at some point, to an unborn being. My body carried four children and it was utterly miraculous and wonderful.

But I can’t lie, pregnancy was tough and I was the antithesis of a yummy mummy.

I was the size of a small housing estate each time and I struggled very hard to get my babies out.

I was maternal but everything else physiological was a daily battle. 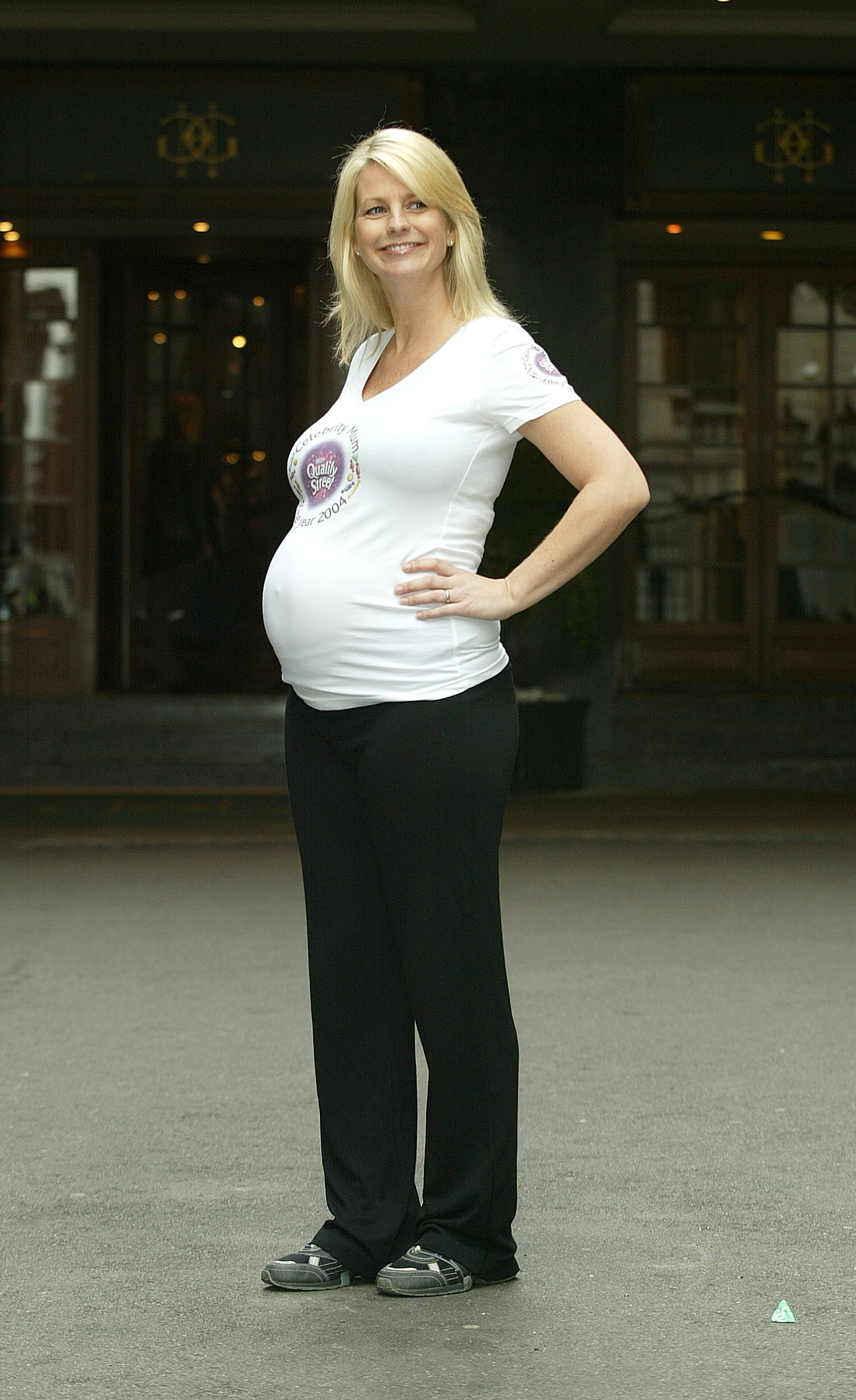 And I remember, vividly, thinking that I was more than happy to give up my body for these amazing little creatures but I also longed to get my body back. Little did I know I had never really owned it.

Added to the changing shape of my body those four times over, came public scrutiny and the feeling that, because I was in the public eye, I should snap back into shape immediately. But I never did.

I always took my time because I really didn’t have control of my body. 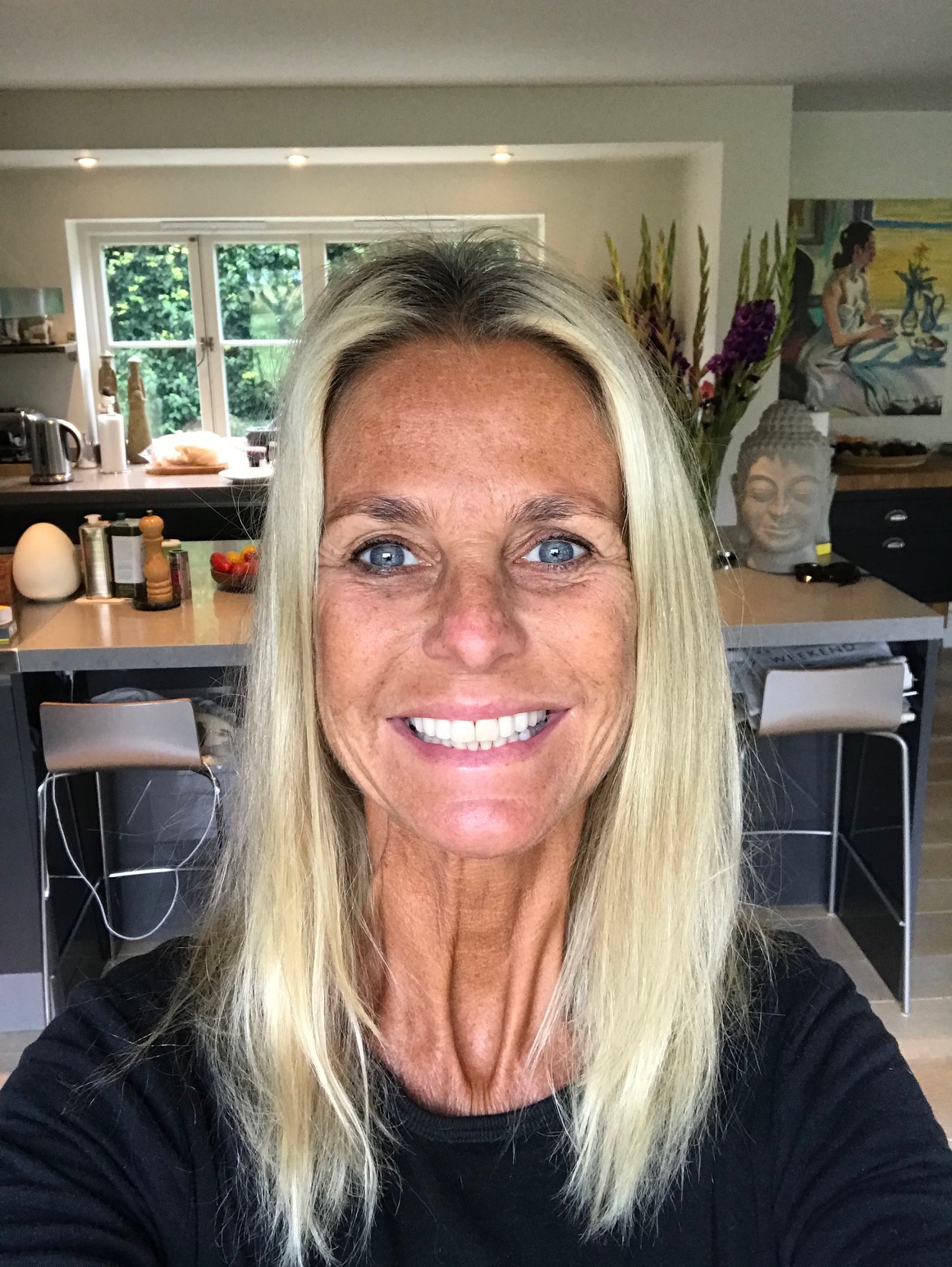 No one wanted a fat bird on the telly. Well, not in those days anyway.

I was bound to hate it on and off, but very much on.

I laugh now when I think that at the time — at the height of my career — I was portrayed as some kind of sex object. I couldn’t have felt less so.

My body didn’t engage with my mind and allow me to consider myself worthy of anything positive.

Make-up and sexy underwear alone doth not make the woman instinctively sexy or in control.

And, as the years passed, on came the onslaught of the menopause.

There I was thinking my body would finally be my own as I watched my children grow and gain their independence.

I cannot even begin to express how the memory loss, weight-gain, mood swings and anxiety crippled both my mind and body.

As if the ageing process itself didn’t have a huge enough impact, making me wonder what I’d done to deserve a body that was letting me down and wasn’t capable of doing things it used to was the final straw.

Without hesitation I reached for Hormone Replacement Therapy.

There was no way I was prepared to endure any more than I absolutely needed to.

My fifties, after all, should be the start of a new episode of my life — this should be my time. 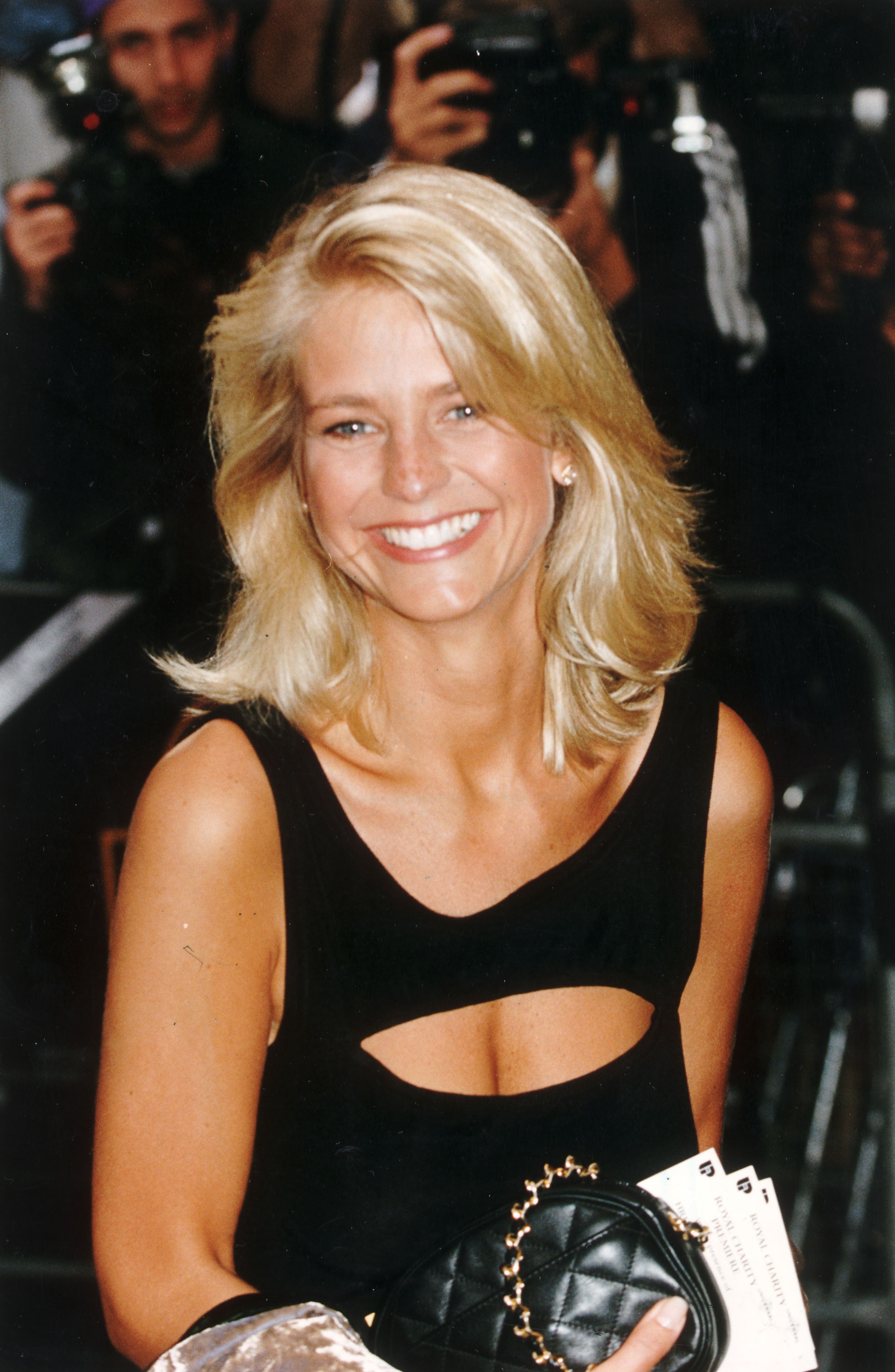 I still hobble around with painful arthritis in my hips on bad days but it’s time I reclaimed my body and tried to turn it into what I want.

I am happy to acknowledge that there is an associated form of relief with ageing that comes from no longer feeling the physical pressure to conform.

I don’t want or need to compete with the 20 or 30-year-olds. I look at all the young celebs with their seemingly perfect bodies and think, “Their time of ageing will come”. I don’t feel threatened by it.

I admit that, remarkably, I find myself skinnier than I’d like to be, which I’m not sure is stress or an underlying medical concern, but now is my time to nourish my body via my mind and show some self-love. 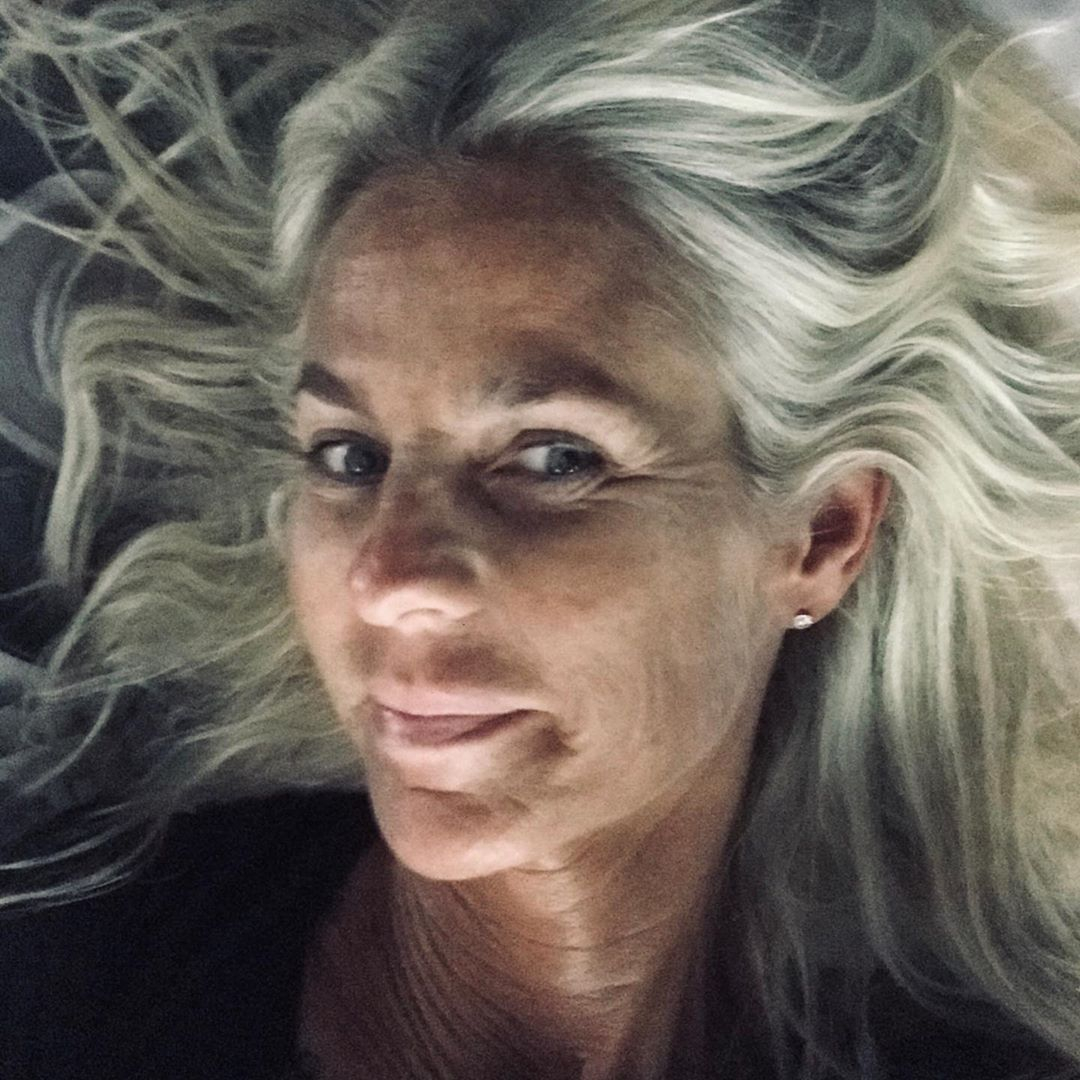 I don’t think for one second it’s going to be easy — nothing physical in my life ever has been.

But my body has been capable of such great things in the past that I’m desperate to make friends with it and love it for what it is.

After all, it’s the only one I’ve got.