The American actress is most well known for her innocent teen roles in Maleficent next to Angelina Jolie and JJ Abrams’ 2011 hit Super 8.

But Elle, 22, relished playing a more grown-up part as Catherine the Great — the 18th century empress renowned for her sexual appetite and the modernisation of Russia.

She said: “Catherine The Great’s sexuality blossomed. And she loved being experimental, so of course that would be a big part of her character.”

Elle, who is the executive producer and star of Channel 4’s The Great, alongside X-Men actor Nicholas Hoult, 30, as her philandering husband Peter III, said: “Sex is a really big part of the show.

“Mostly those scenes I have are with Nick and I’m so comfortable with him.

“Also, a lot of it was so outrageous that we would just laugh through it. 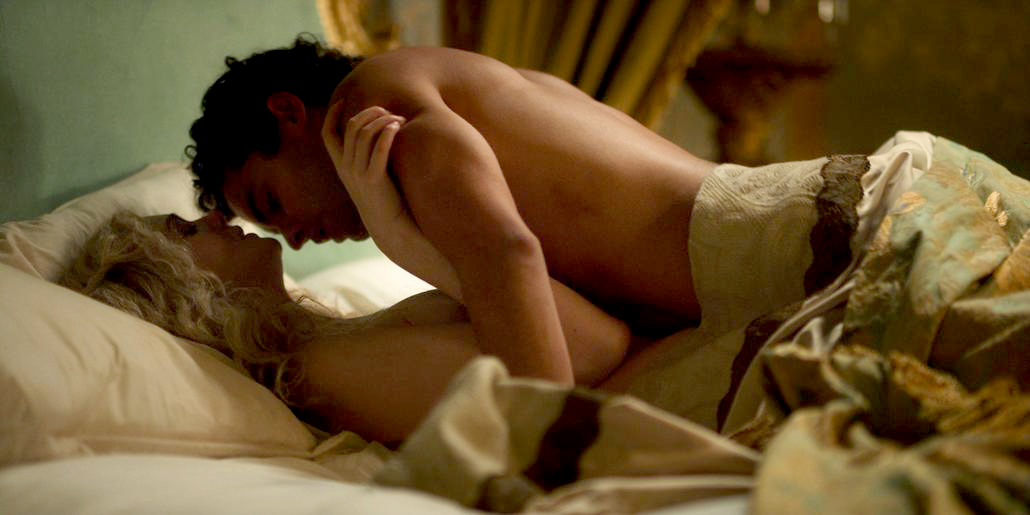 During the ten-part series — on Channel 4 next month and on streaming service Starzplay from June 18 — Elle flashes the flesh as her promiscuous character bed-hops between her husband and lover Leo Voronsky, played by Sebastian de Souza.

An “intimacy co-ordinator” was employed on set given the high level of steamy content and to ensure the well-being of the cast.

Elle was relieved Nick, whose breakthrough role was in 2002’s About A Boy, was cast as her husband as they have similar approaches to acting, which made the sex scenes easier to film.

The actress — whose sister Dakota, 26, starred in Once Upon A Time In Hollywood and Ocean’s 8 — said: “It was funny but I felt totally fine doing it. It was a part of the character, completely a part of who she was.

On set, Nick and I are on the same page

“I start young in this and you get to see me age throughout this series and grow up.

“I’m glad I had Nick as that partner to be there with me because we work in a very similar way, maybe because we both were child actors.

“There’s some­thing about when we’re on set that we just are kind of on the same page. It’s like, ‘All right. Let’s get this done’.

“We have the same mentality. So it was good to have him there. It’s an understanding, I think.”

Elle admits being a child actor and facing rejection led to a sense of powerlessness, but she has now realised that “my voice matters”.

In fact, Elle is so revered that last year she became the youngest ever jury member at the Cannes Film Festival.

She said: “I’ve learned that being in an industry like this, you don’t have a lot of power sometimes because you’re offered roles and people either say no or yes to you.

“Growing up, there was a lot of rejection that comes with that. 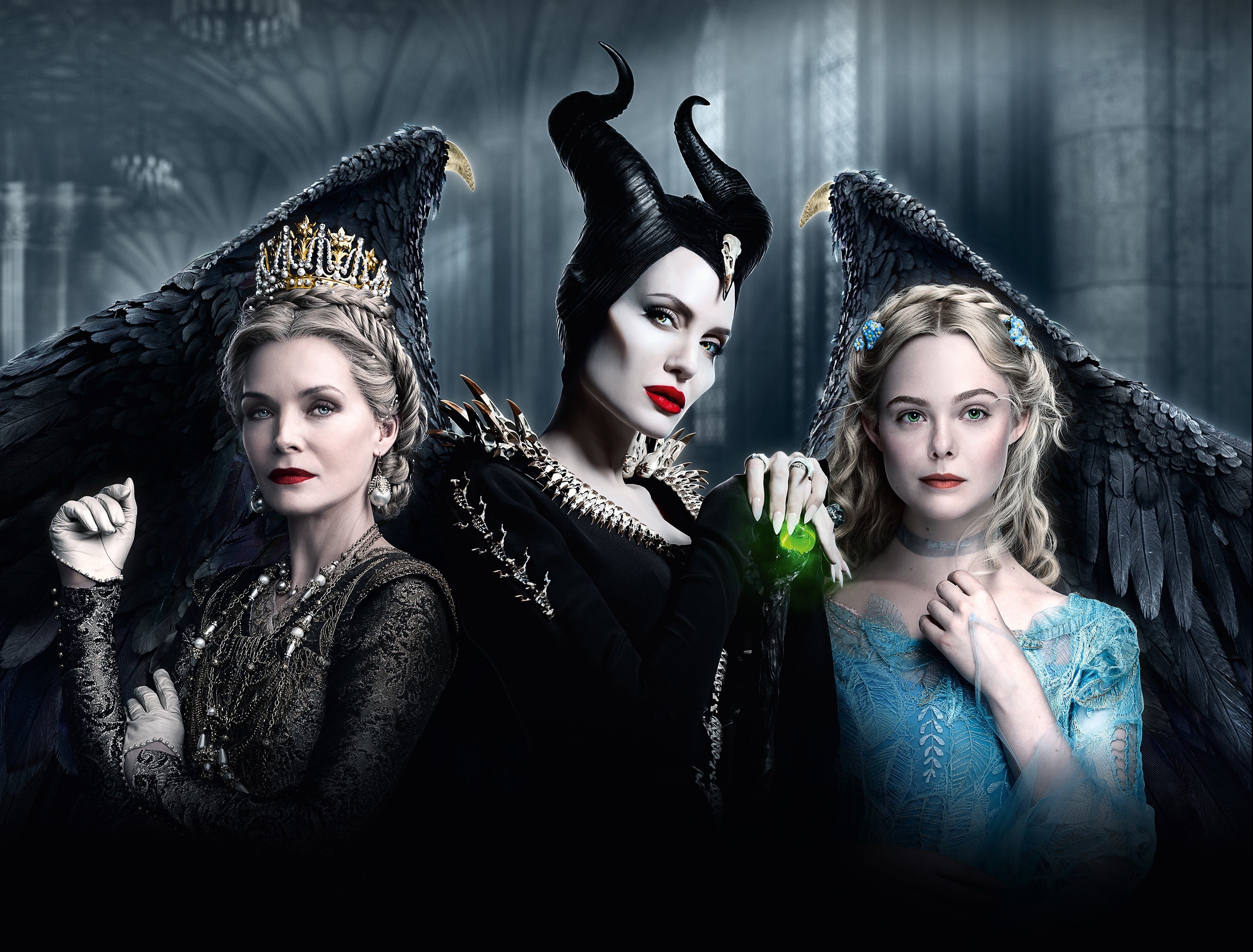 “And sometimes you are powerless in those situations. But you have to learn how to get your power back. For me, now that I’m older, it’s kind of diving into a bit more behind the scenes, being able to produce my own projects or reading books and articles that I think would be interesting to become a movie or a TV show and learning that my voice matters.

“And it’s like ‘Yeah I can have the power to carve out my future and be able to make things happen more’.

“So it’s a beautiful thing as you grow up, and in this industry too, finding what you love to do and where you fit.

“And I’m only 22, but I’m at least starting to have that a little bit more. 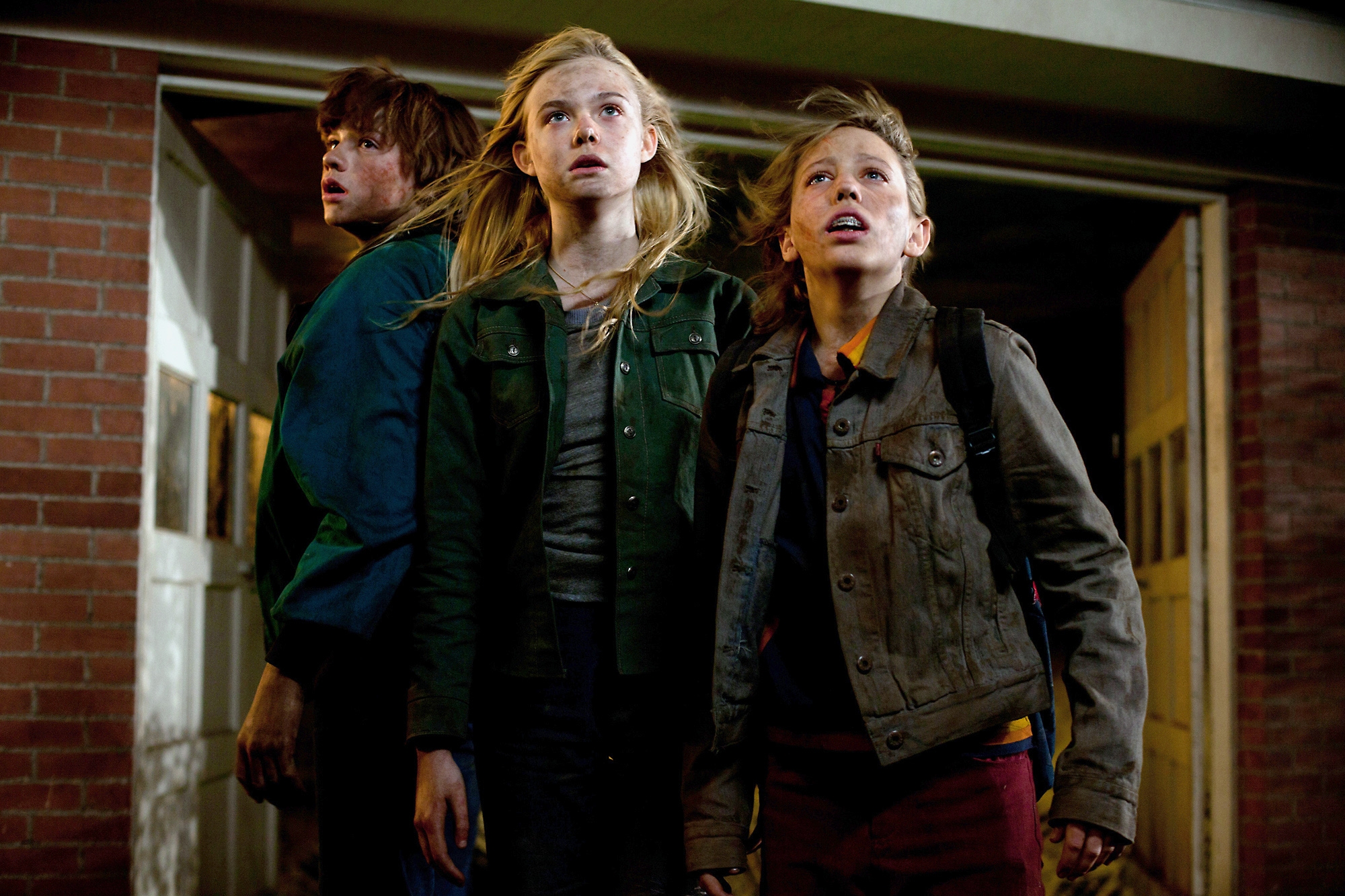 “None of us want to feel powerless in our lives. We want to take charge. But yes, I’ve learned to do that — or am trying.”

Catherine The Great showed her might when she unseated her husband with a bloodless coup in 1762, yet she was not immune to making mistakes.

And Elle believes this is the type of strong female character audiences want to see on screen, like Killing Eve’s Villanelle or Fleabag.

Elle said: “Catherine is, of course, a strong character but she doesn’t always make the right choices.

“We’ve had a lot of great female characters on TV lately that don’t always do exactly the right thing. And I am happy that we’re allowed to show women in that way. 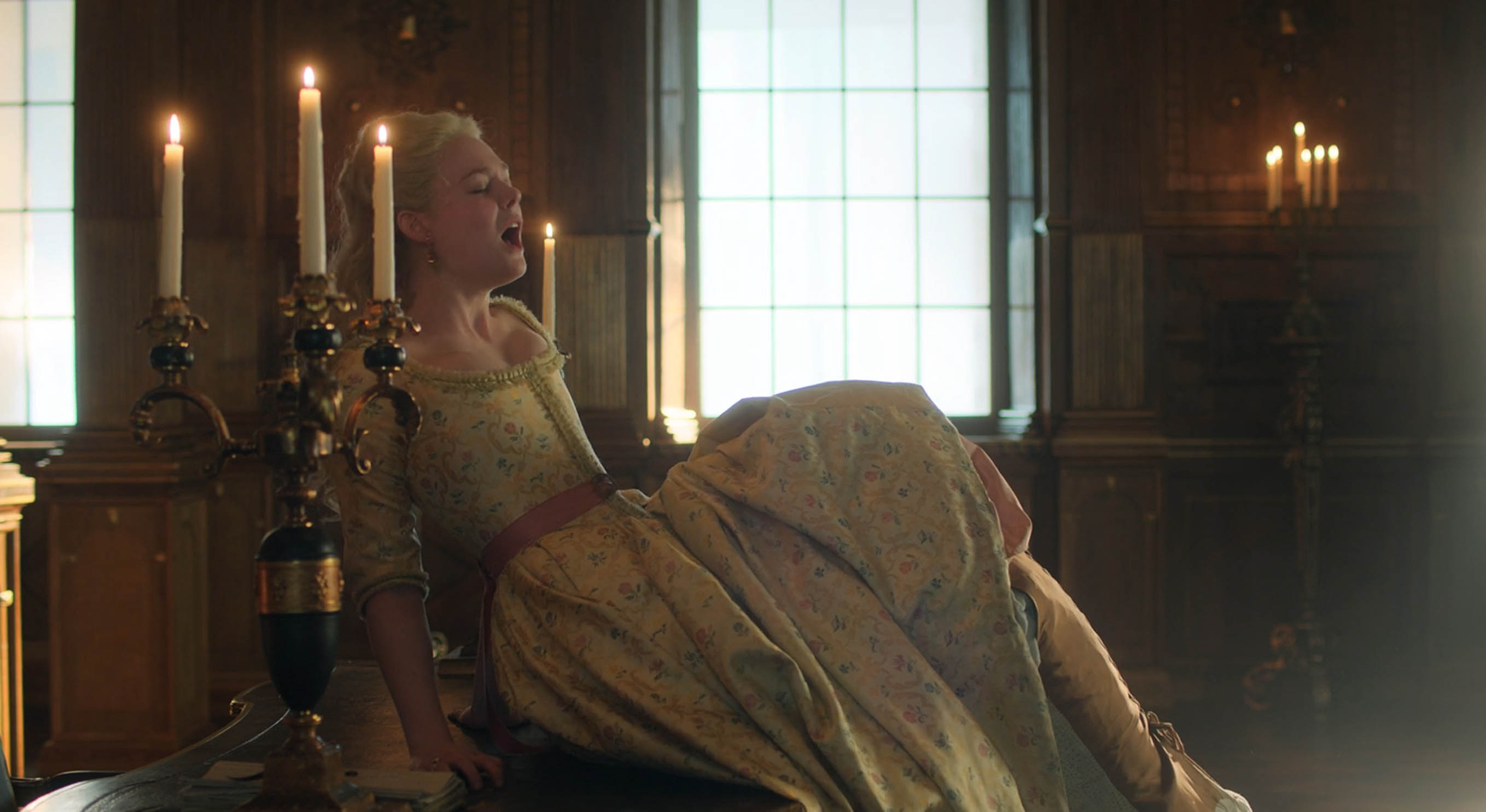 “She does make a lot of very, very hard choices throughout the series that I don’t know if I’d be able to make.”

Away from movie sets Elle has always been surrounded by strong women, including her mum Heather, 53, and maternal grandmother Mary Jane Odum, 73.

Elle said: “My grandmother used to go with me on all my film sets when I was young. And my mum would go with my sister.

“My grandmother has always lived with us.

“It’s great to have those generations of women in your family.

“My grandmother was a rodeo queen and very opinionated.

“So that’s always been in our house — a lot of opinionated women wanting us to speak your mind.” 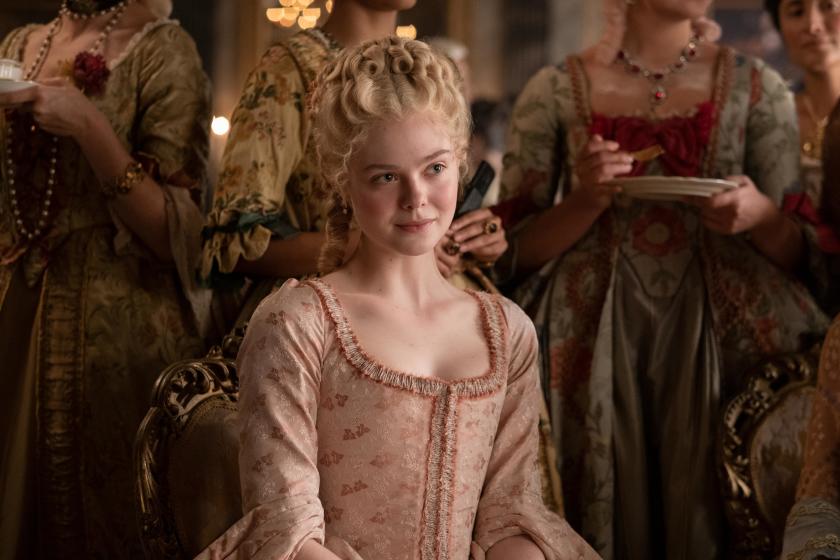 Elle has been spending lockdown with her mother — who is divorced from her dad Steven, 53, a former baseball player who now sells electronics — her grandmother, Dakota and boyfriend Max Minghella, 34, who was the star of Facebook film The Social Network and The Handmaid’s Tale.

To keep busy during quarantine — and entertain her 4.5million Instagram followers — Elle has taken inspiration from comedian Chelsea Peretti’s make-up tutorials and posted her own colourful attempts.

Elle said: “I’m getting to spend a lot more time with my family. 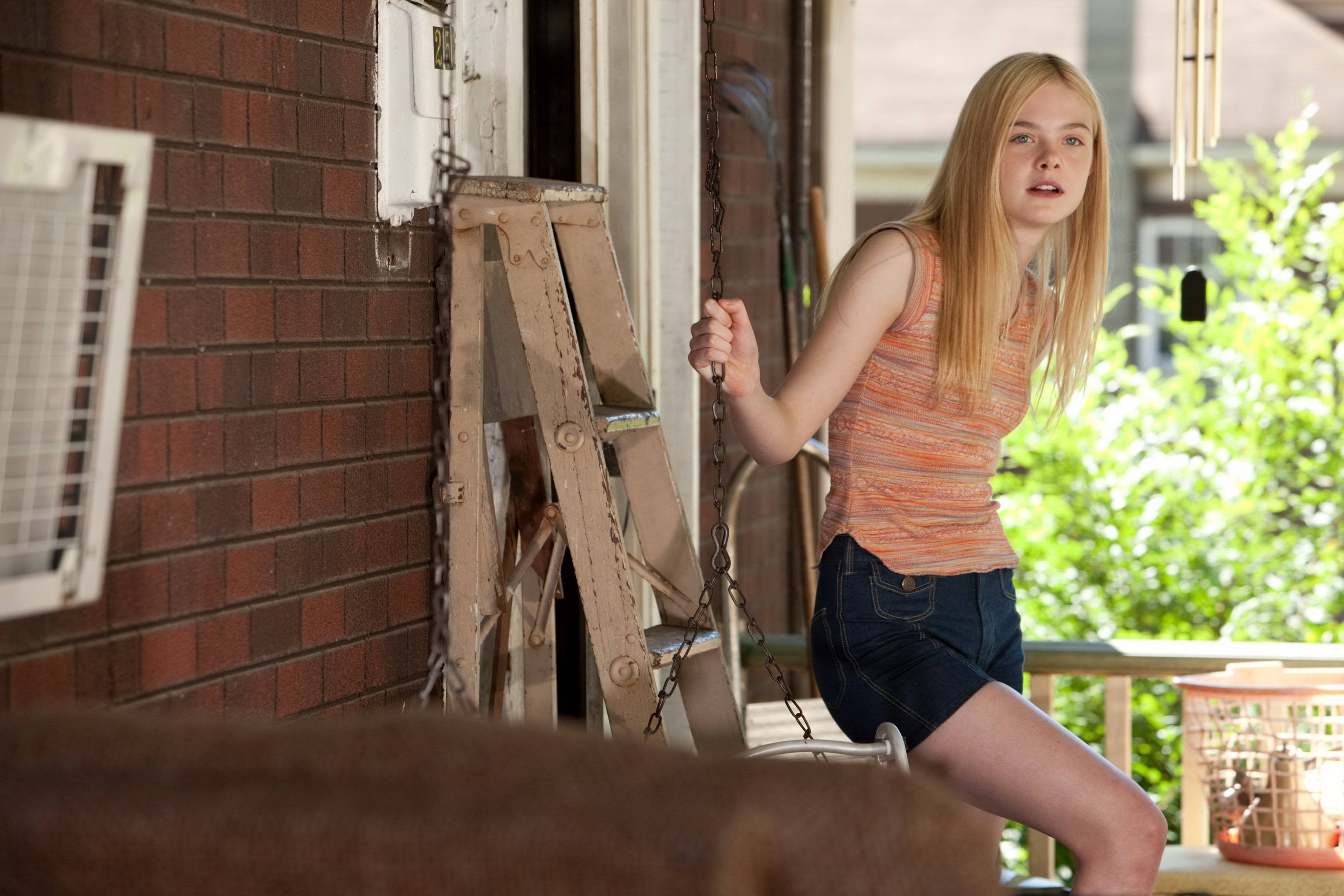 “My sister is painting a lot. It’s interesting to see all this painting around my house, which we normally don’t do. We’re getting creative.

“Me and my sister, we’re together at this time and just having great family time and meals together.

“I don’t have my own house so when I’m not filming I get to come back and sleep in my childhood bed.

“My sister has just bought a house in New York but it’s not ready yet. So we’re all together.”

Elle will be spending even more time with Dakota as they are to play fictional French sisters Isabelle and Vianne in World War Two drama, The Nightingale. 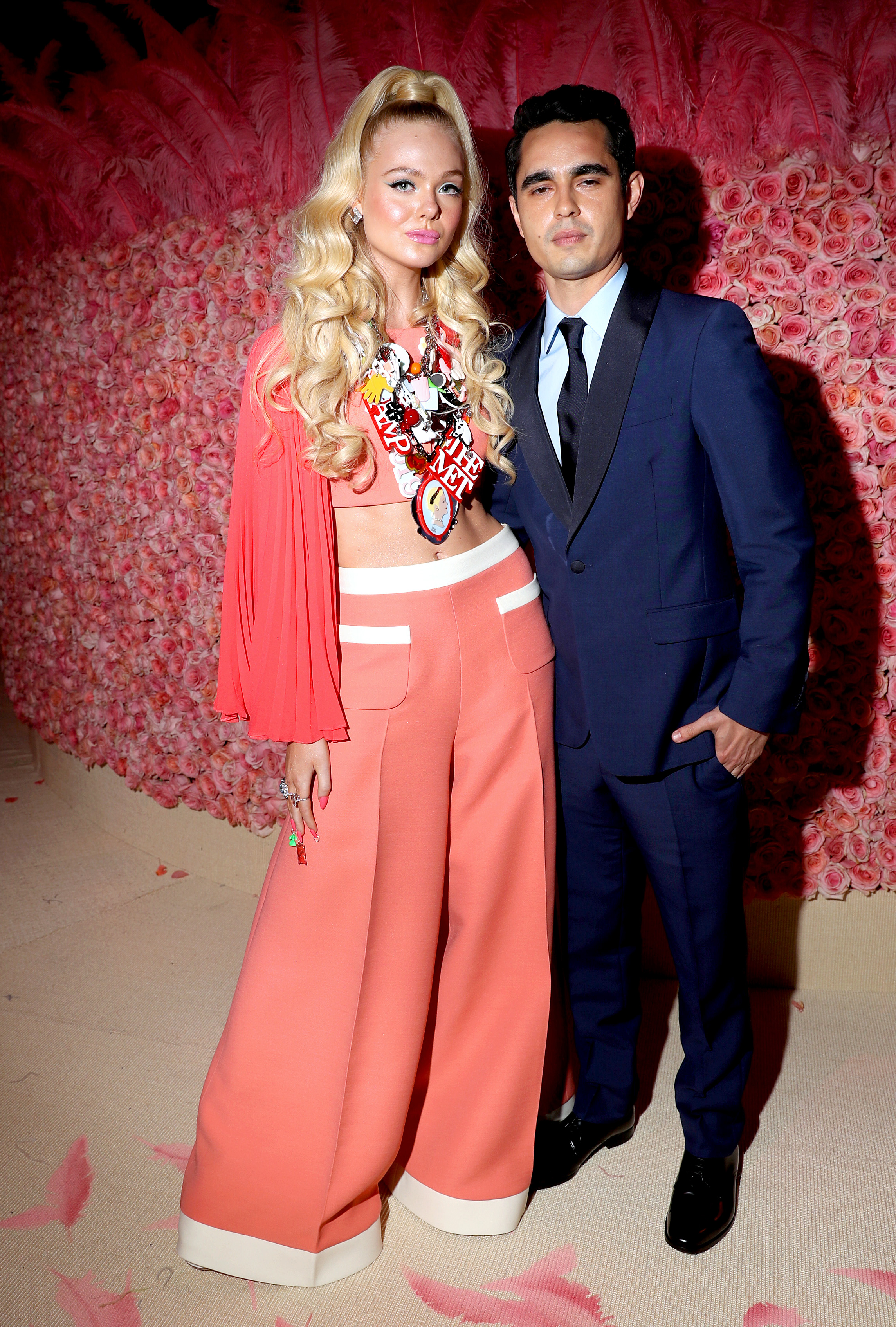 The pandemic has delayed production but the film, based on Kristin Hannah’s novel, is expected to be released in December 2021.

Elle added: “We’re hoping that it will still happen, I mean, that’s the plan. But none of us can predict the future of when things are going to start again.

“Of course, that’s something that we hope will pick back up when everything starts moving again. We just want to be healthy and safe and OK.” 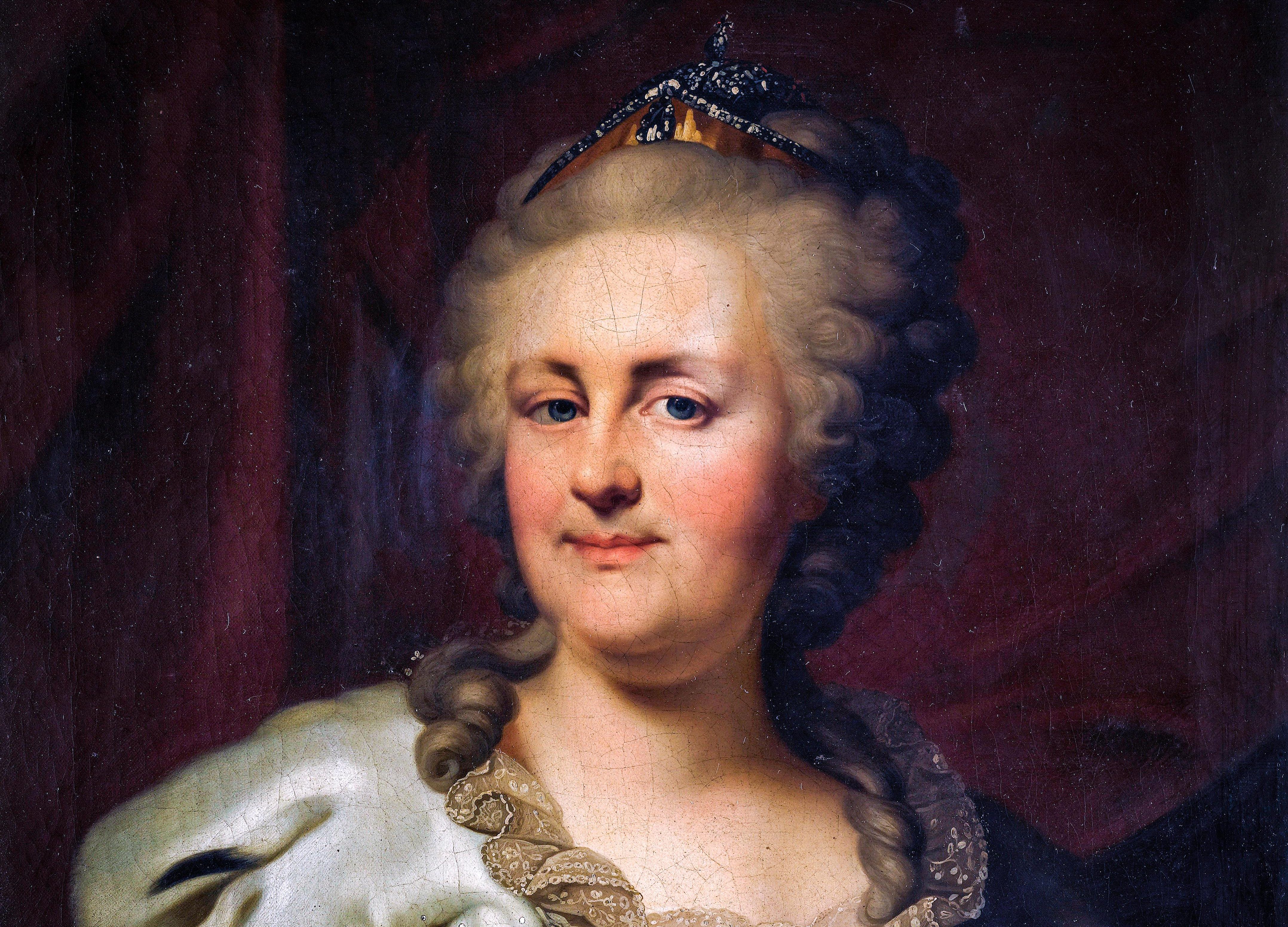 In 1762 she led 14,000 soldiers to overthrow him, emerging  from the  Winter Palace in St Petersburg in a male guardsman’s uniform.

During her reign, she expanded the Russian Empire and invented the rollercoaster by adding wheels to a sled, so that it could be used in summer,  on the grounds of her palace.