The Federal Trade Commission on Monday announced that it has settled with the top executives of MoviePass, the defunct movie ticket subscription startup, over allegations that they “took steps to block subscribers from using the service” and also “[failed] to secure subscribers’ personal data.”

Under the settlement, former MoviePass CEO Mitch Lowe and Ted Farnsworth, former CEO of MoviePass parent company Helios and Matheson, are “barred from misrepresenting their business and data security practices” in the future, according to the FTC press release outlining the settlement.

“MoviePass and its executives went to great lengths to deny consumers access to the service they paid for while also failing to secure their personal information,” said Daniel Kaufman, the FTC’s Acting Director of the Bureau of Consumer Protection, in the release. 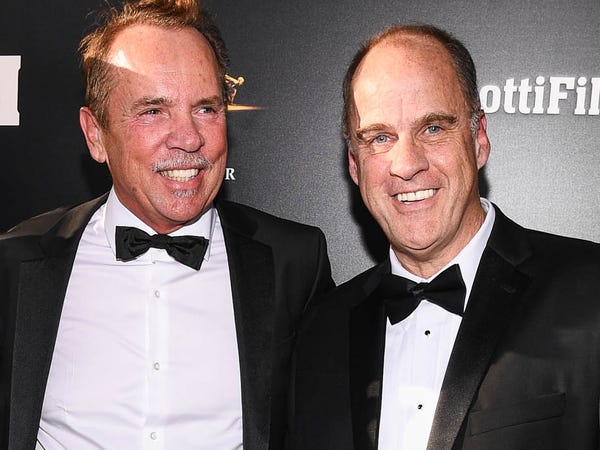 The complaint cited an April 2018 email it obtained from Farnsworth’s personal email that was sent to Lowe and others at the company. The email proposed a notice that falsely “informed subscribers that their account passwords were required to be reset due to ‘suspicious activity or potential fraud.'”

The complaint alleged that both Lowe and Farnsworth were aware of the program’s “deceptive nature,” noting that despite one executive’s warning that “there is a high risk this would catch the FTC’s attention,” Lowe went forward.

“Ok I get it,” Lowe responded via email, according to the FTC complaint. “So let[‘]s try this with a small group. Let[‘]s say 2% of our highest volume users.”

The FTC complaint substantiates Insider’s reporting in its rise and fall story of MoviePass, which detailed how Lowe ordered that heavy users of MoviePass — also known as “power users” — be blocked from seeing “Avengers: Infinity War.”

Per Lowe’s orders, MoviePass began limiting subscriber access ahead of the April release of the highly anticipated “Avengers: Infinity War,” according to multiple former employees. They said Lowe ordered that the passwords of a small percentage of power users be changed, preventing them from logging onto the app and ordering tickets.

Insider contacted Lowe and Farnsworth’s attorney for comment but did not get a response.

FTC Commissioner Rohit Chopra said in a tweet on Monday that because MoviePass is now out of business, having shut down in September of 2019, “the agency was unable to obtain restitution for Lowe’s and Farnsworth’s victims.”

MoviePass surged in popularity in the summer of 2017 after Helios and Matheson bought the service and drastically lowered the price to $10 a month to see a movie per day. But MoviePass burned through hundreds of millions of dollars and failed to find a business model that didn’t lead to massive losses.