THE race for the Christmas No1 was already looking exciting, with singles from Sir Elton John, Ed Sheeran, The Wanted and Ladbaby due.

But now I can reveal two national treasures are joining forces in a bid to take the crown — Gary Barlow and Sheridan Smith. 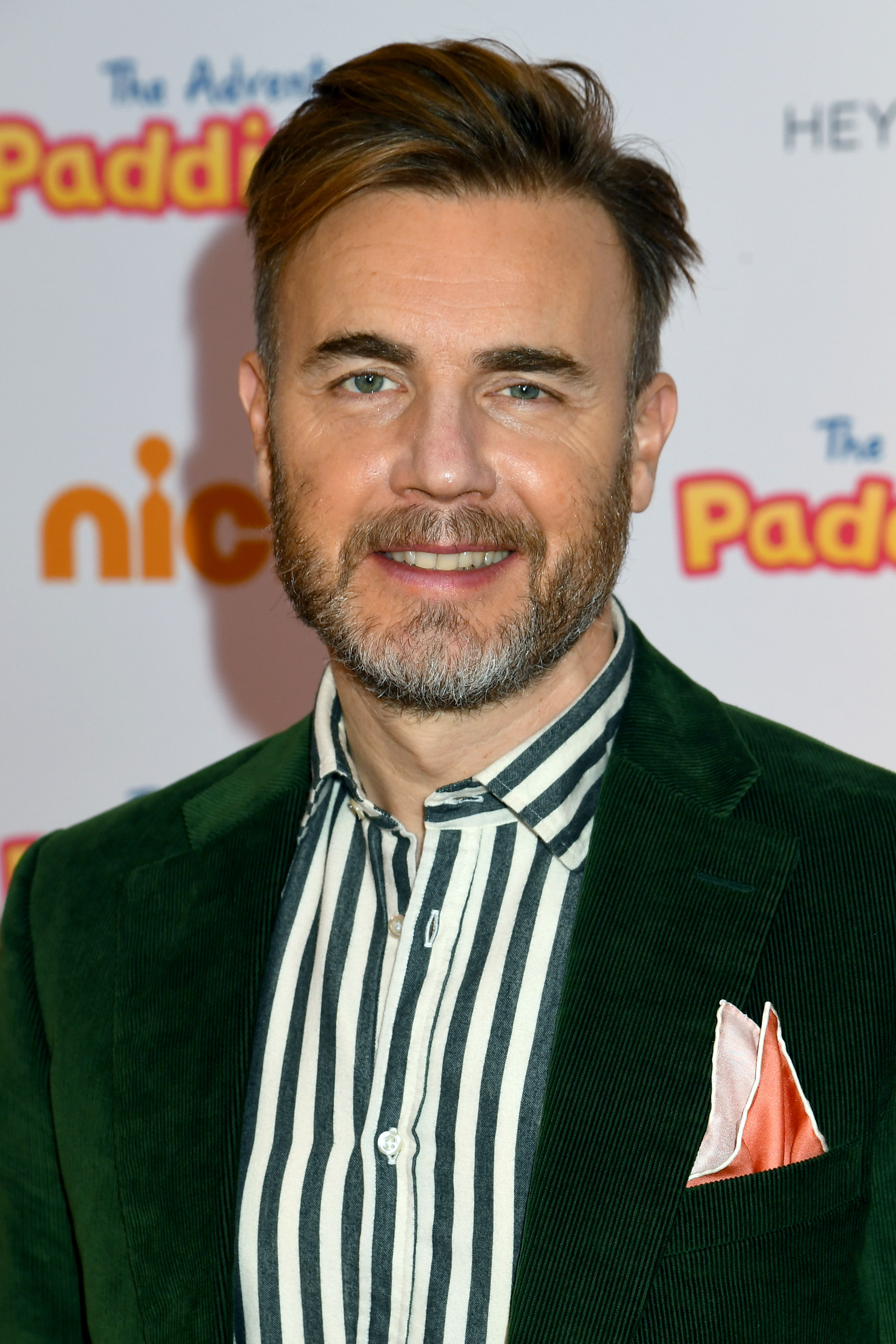 They have recorded the duet How Christmas Is Supposed To Be, 28 years after Mr Blobby knocked Take That's Babe off the top to claim the coveted festive No1.

They decided to sing together in February, after when they belted out a cover of Lionel Richie and Diana Ross's 1981 hit Endless Love on Instagram as part of Gary’s Crooner Sessions series.

They have since gone into the studio to record this original song, which will be the centrepiece of Gary’s upcoming Christmas album.

A source said: “Gary knows Sheridan’s voice is absolutely outstanding and after she sang with him on his Crooner Sessions he knew he wanted to work with her again.

“Their voices sounded so great together and then this song came along, which just seemed perfect.

“Sheridan jumped at the chance and the end result is gorgeous. Everyone who has heard it thinks they could have a Christmas No1.

“It is a really uplifting, punchy pop song and is a great one to have a singa-long to.

“Gary and Sheridan are both so proud of it and hope, when everything goes back to normal, they’ll be able to perform it together live.”

Alongside Sheridan’s hugely successful acting career she has released two records, including her 2017 self-titled debut album which hit No9 in the charts.

Gary’s festive album, which is expected to be announced any day, will go up against a new Christmas collection from Leona Lewis.

But I doubt they will be too competitive, as she has agreed to support him on his Music Played By Humans tour which kicks off next month. 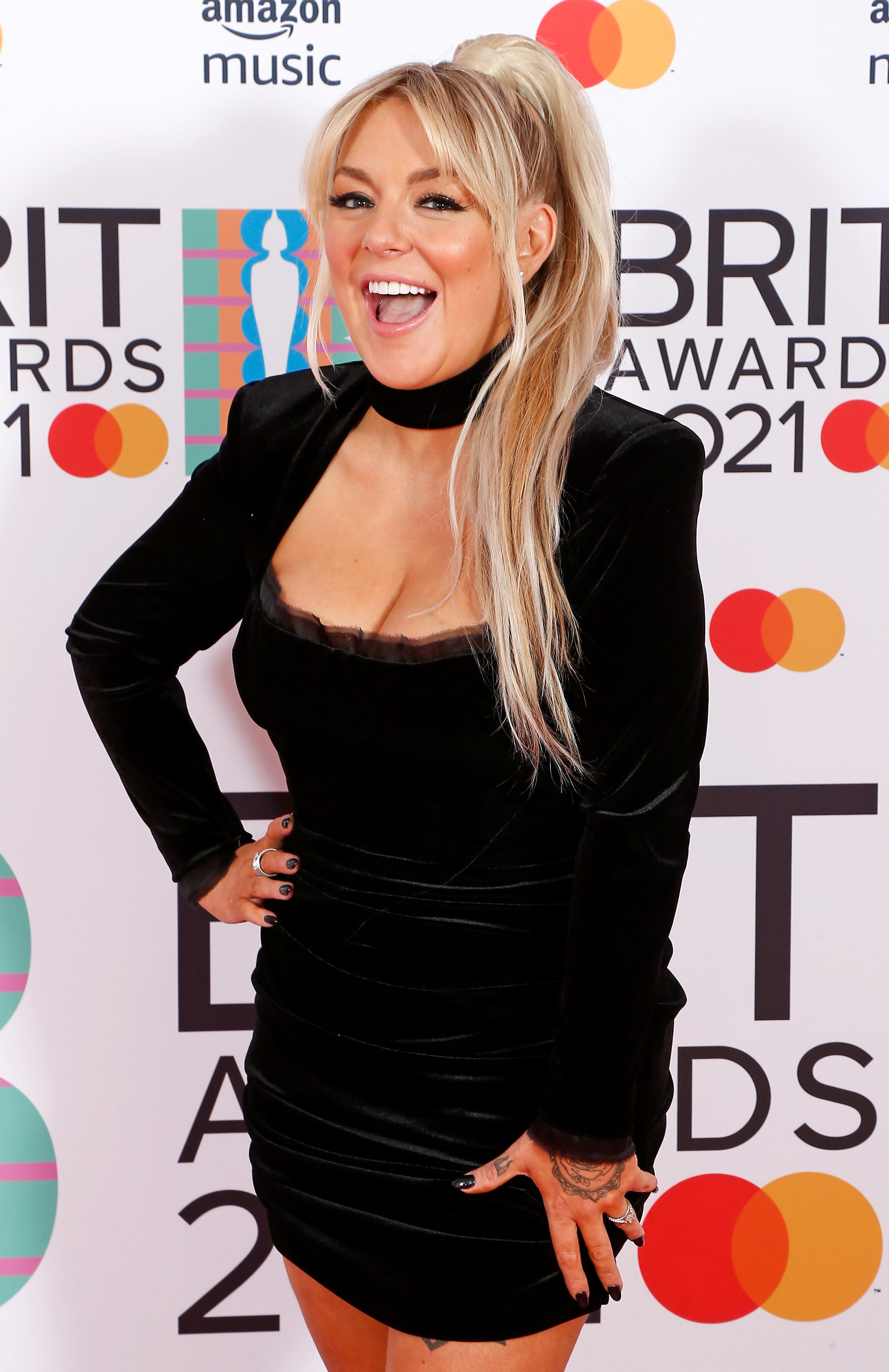 EMELI SANDE is back today with new single Look What You’ve Done.

She said: “It’s my first release I have produced and it feels so good to have my full creative fingerprint on it.”

Er, not a lot of top Lottie

I THOUGHT Lottie Moss's face mask must have slipped down to her chest when I saw her in this tiny top.

The model, the little sister of Kate Moss, must have been a bit chilly, now we are into autumn. 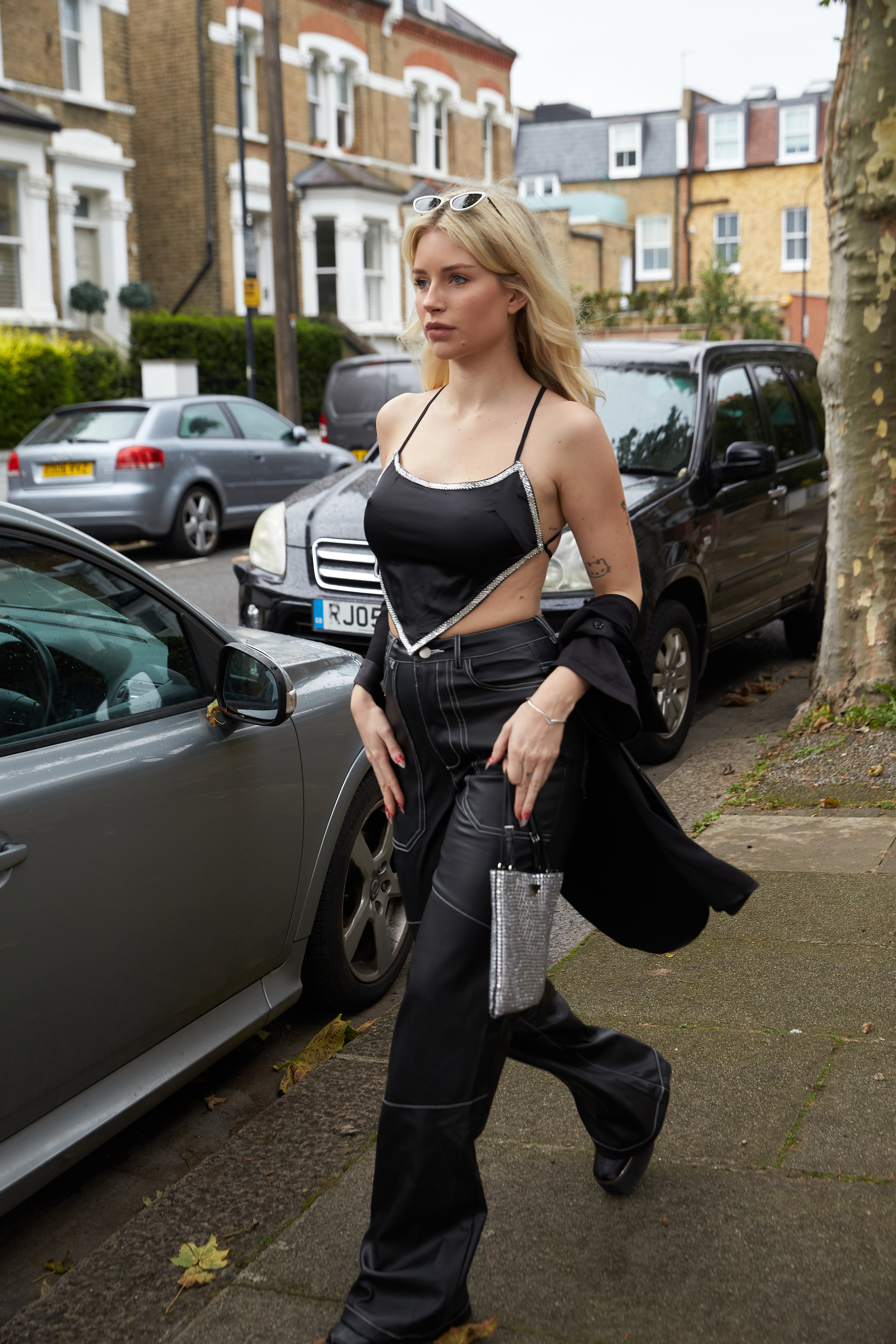 I told in July how she is dating The Vamps drummer Tristan Evans, and with that still going strong I wonder if Lottie will show up this weekend at his bandmate James McVey's  wedding.

I’m A Celeb star James will tie the knot with long-time partner Kirstie Brittain, having had to delay their big day because of Covid.

As a bit of a wild child, I’m sure Lottie will be able to get the party started when it comes to the reception.

BRITNEY SPEARS has once again laid into her family, accusing them of “hurting me deeper than you’ll ever know”.

The Toxic singer has been fighting dad Jamie in court over her conservatorship, which gave him power over her life and is expected to end next month.

In a blunt Instagram post she wrote: “This message is to my family – for hurting me deeper than you’ll ever know!

“I know the conservatorship is about to be over but I still want justice!

“I’m only 5’4” and I’ve played the bigger person my entire life. Do you know how hard that is?”

Booze that with Sam?

LEWIS CAPALDI has barely been seen for the past year after becoming a recluse to work on his highly anticipated second album.

But the Someone You Loved singer has clearly not changed much while he’s been away because he was back to necking booze and fooling around after he turned up to support his pal Sam Fender at his gig in Glasgow on Monday. 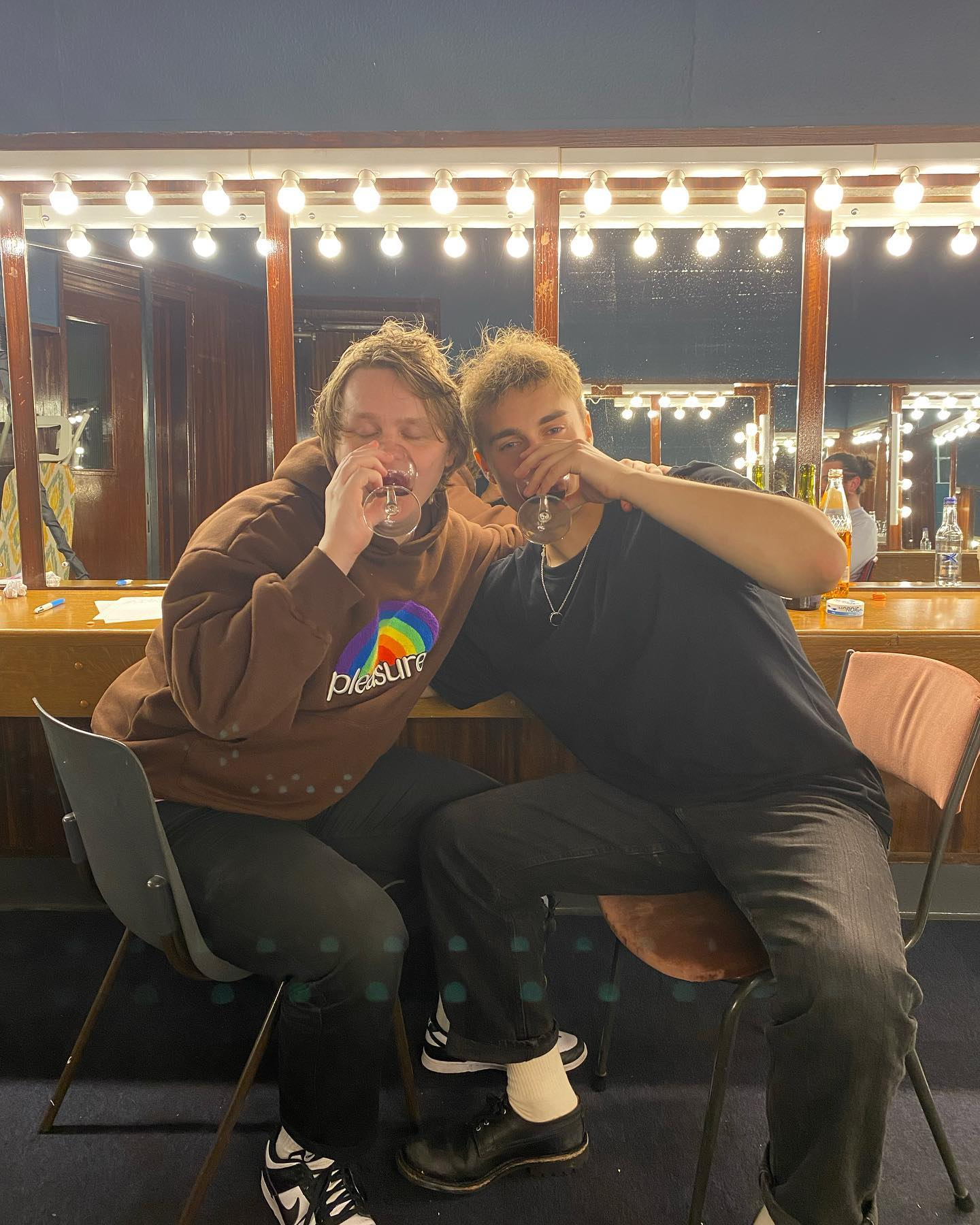 He later joined him backstage for a drink or five.

Sam shared this photo on Instagram and said he had loved: “Catching up with this Sweet Angel in Glasgow.”

With Adele and Ed Sheeran's albums due in the coming weeks, I can see 2022 being the year for Lewis to make his return.

ADELE had a star-studded audience when she shot her US TV special in Los Angeles.

Gordon Ramsay, Drake, Lizzo, Kris Jenner and Ellen DeGeneres were among the 300-strong crowd at the city’s Griffith Observatory, where she sang four songs from her upcoming album 30, as well as a handful of her hits.

Sunday’s one-off TV special hosted by Oprah Winfrey will hit screens in the States next month.

JUST two months after the release of their fifth album Human, One Republic have almost finished their sixth LP.

Fans had to wait five years for Human but frontman Ryan Tedder has revealed it won’t be long until their next album, as he completed most of it during lockdown. 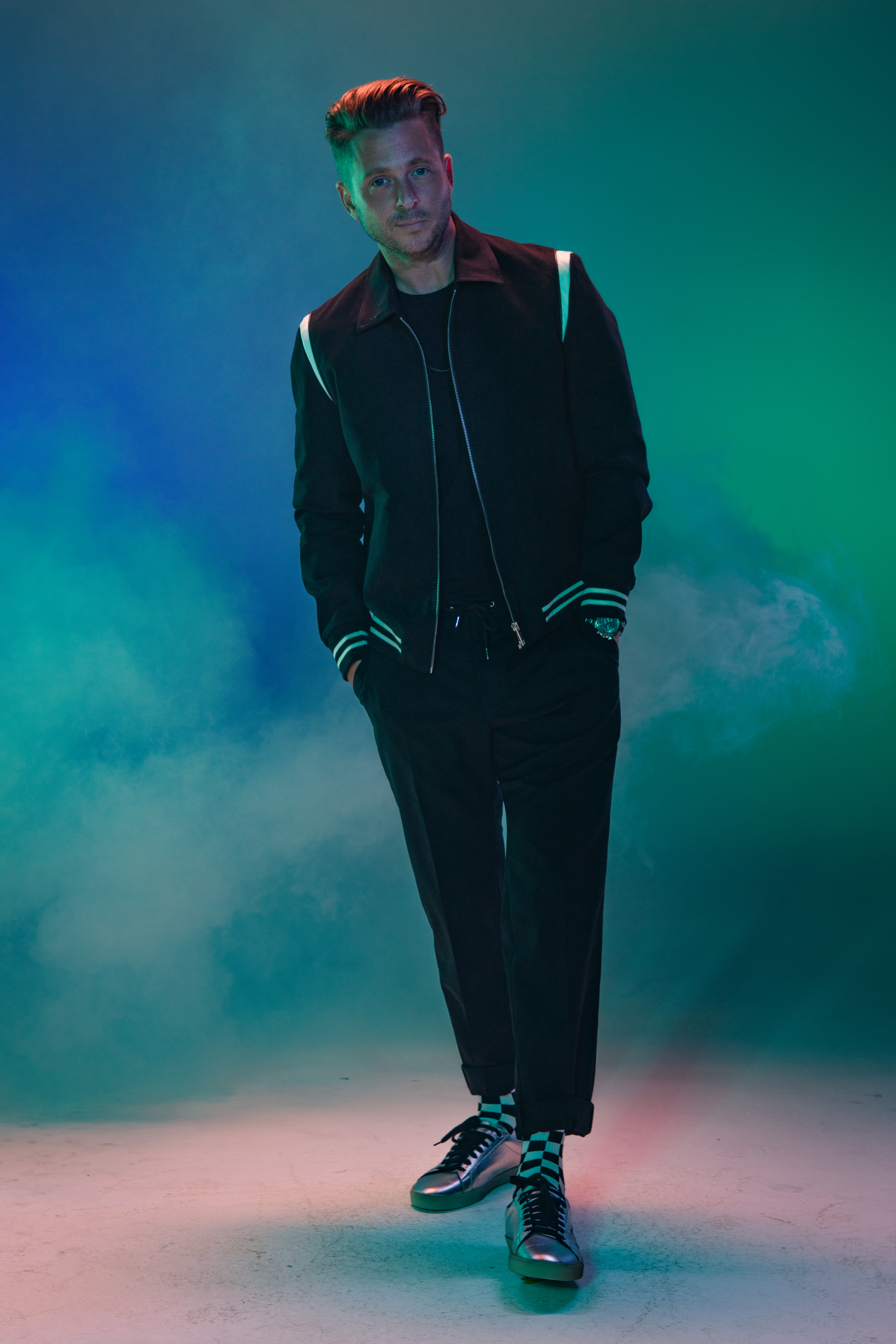 In an exclusive chat from his US home, Ryan, pictured, said: “We wanted to see how many songs we could write in a year. We wanted to see if we could complete one album and do a whole other album.

“So we have two thirds of our next album already finished because we had so much time.”

Ryan, who will perform One Night In Malibu, a digital concert across the globe, tomorrow at 6pm, said it was nice to return to writing for the group after years penning hits for other people.

The Apologise singer explained: “I have spent a lot of time working on everybody else’s projects – from Ariana Grande to Lil Nas X  and everyone in between.

“Working on other people’s songs informs me about where the world is at musically and culturally. And it takes the pressure off.

“Writing for your own project is enormously taxing, exhausting and stressful. So if I am focussing on other artists most of the week and then I do a OneRepublic session, I don’t nearly feel as stressed about it.”

JADE THIRLWALL has scored a blinder – by designing the kit for her home town footie team, South Shields FC.

The singer is creating a limited-edition community shirt, due soon, having become a club shareholder last year.

Her Little Mix band­mates Perrie Edwards and Leigh-Anne Pinnock have also branched out into fashion. Perrie this week launched her clothing line Disora, while Leigh-Anne has swimwear firm In’A’Seashell.

Their former bandmate, Jesy Nelson, will perform her debut solo single Boyz on The Graham Norton Show this Friday.

LOOKING at these new pics of Madonna all I could think was – ‘you need more material, girl'.

The pop icon posed for a series of shots in tatty ripped jeans, an eye-catching bodice and odd mesh sleeves. 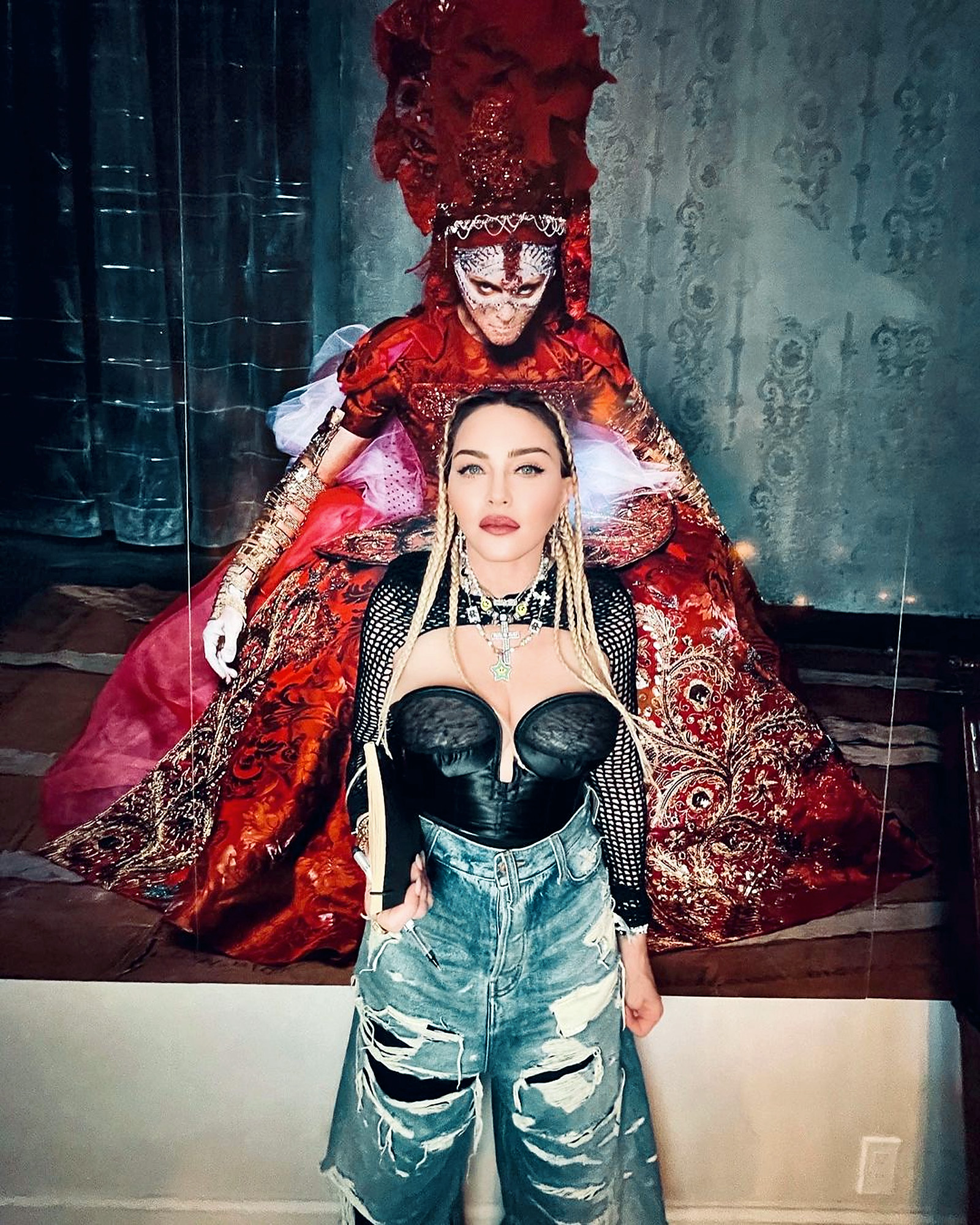 Ever one to reinvent herself, Madame X completed her new look by opting for tight blonde dreadlocks as she posed with her hands up to imitate a giant art piece behind her.

Never one tone down her provocative ways, M added a snap of her bent over a table.

Taking a break from releasing music, Madonna is currently penning her biopic though recently vented to JIMMY FALLON that she hates the term and will only refer to the film as a ‘visual autobiography’.