“People have to understand that and have to be responsible. It’s just not my style to, you know, to take everybody to task that way,” “The Midnight Sky” actor says 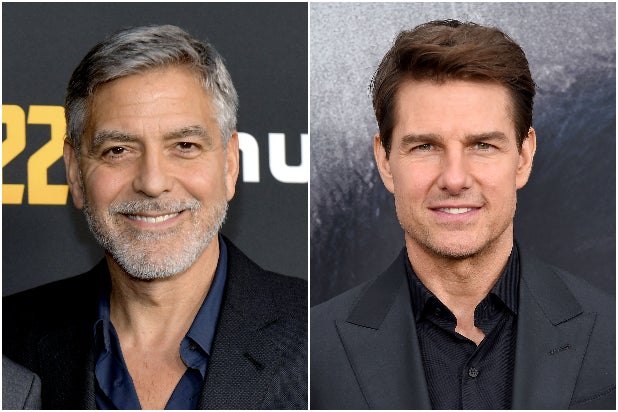 George Clooney defended Tom Cruise and the leaked audio of him chewing out the crew on set of “Mission: Impossible 7,” saying that Cruise was “not wrong” in ranting about COVID-19 safety protocols, but that he wouldn’t have taken it to such extreme levels.

“He didn’t overreact because it is a problem. I have a friend who’s an AD on another TV show who just had the almost exact same thing happen with not quite as far out a response,” Clooney said in an interview with Howard Stern reacting to the audio of Cruise obtained by The Sun. “I wouldn’t have done it that big. I wouldn’t have, you know, pulled people out.”

Cruise in the audio clip from Tuesday shouted at his team that they’d be “f—ing gone” if he spotted lapses in protocols on set again and that the “Mission: Impossible 7” set was meant to be the “gold standard” by which the rest of the industry looks to, adding that so many jobs depend on the work they’re doing.

The viral clip, which was verified by The New York Times, won a combination of praise and some scorn online, with people acknowledging that Cruise was absolutely right, even if it’s inappropriate to speak to other co-workers that way.

“You’re in a position of power and it’s tricky, right? You do have a responsibility for everybody else and he’s absolutely right about that. And, you know, if the production goes down, a lot of people lose their jobs,” Clooney said. “People have to understand that and have to be responsible. It’s just not my style to, you know, to take everybody to task that way.”

Clooney also noted that didn’t know the circumstances that led to Cruise losing his cool.

“I think it doesn’t help necessarily to point to specific people in that way and do it that [big] but everyone has their own style, the people who are on that shoot will tell us more about it,” Clooney said. “I understand why he did it. He’s not wrong at all about that. I just, I don’t know that I would have done it quite that personally, but I don’t know all the circumstances so maybe he had it 10 or 15 times before.”

After first shutting down production in February back when the coronavirus pandemic began, “Mission: Impossible 7” resumed in October but was then shut down for a week again after several crew members tested positive for the virus. The film is now shooting in London and also shot in Norway.

Clooney spoke with Stern about his latest movie “The Midnight Sky,” as well as who he thinks should play James Bond, how he met his wife Amal and more. You can hear his comments about Cruise at the hour and 15-minute mark.