'Ghost Hunters' Fans Want to Know What Happened to Grant

The fans of the paranormal were in for quite a treat when A&E’s Ghost Hunters announced it would be returning to the screen. Even though the original show came to an abrupt end amid much controversy, fans were still eager to see the paranormal experts return to explore new haunted locales. The series revived in 2019, and since it featured one of the original hunters, fans were anticipating more of the show they had grown to love.

However, those same viewers are now questioning just where that original cast member — Grant — has gone and if his role in the new show is actually meaningful at all. 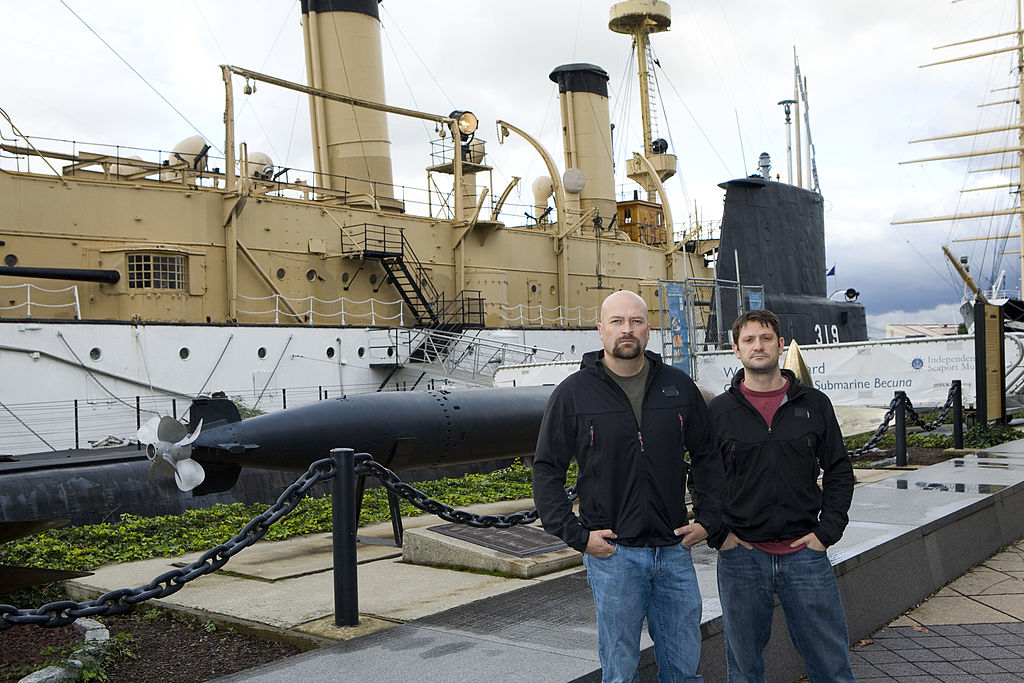 Drop a 🏠 below if you've ever felt like you weren't alone in your own home. Watch the Ghost Hunters’ team investigate a possibly haunted house Wednesday at 9PM. #paranormal #ghosts #paranormalinvestigation #hauntedhouse

When the show first premiered, it was with two plumbers at the helm. Jason Hawes and Grant Wilson took viewers through one-hour episodes of documentary-style exploration. They headed up the group TAPS, The Atlantic Paranormal Society, and explored mysterious disturbances that seemed to come from beyond the plane of the living. While many questioned how much of the show was real, it definitely provided a serious vibe that kept viewers invested in the investigations.

The show was immensely popular, and Wilson and Hawes definitely seemed to have a bond rooted in their shared appreciation for the supernatural. Around the show’s 11th season, however, Wilson started to comment about the struggles of keeping up with the show while trying to maintain his marriage. The demanding travel schedule was taking a toll. Around the same time, Wilson faced some accusations of having faked some aspects of the show. Shortly thereafter, the show came to a halt.

Jason Hawes moved to a spinoff

All new season of #GhostNation kicks off with an incredible 2 hour premiere Wednesday, April 22 8/7c. Spread the word.

With the original Ghost Hunters defunct, Hawes was not yet ready to hang up his ghost-hunting hat. Instead, he found a home with a spinoff series called Ghost Nation. On the surface, the show seemed to fill the void that Ghost Hunters left. Hawes definitely has the expertise and experience to pull off the show on his own. He’s authored six books and worked in the paranormal field for everyone from private citizens to law enforcement to religious leaders.

However, something about Hawes’ new efforts just didn’t wow fans very much. Many saw the spinoff as dull and lacking the charm and intrigue that it originally had. Perhaps it was simply that Wilson and Hawes’ magic was in their chemistry with one another. Whatever the case, many fans find Ghost Nation lacking in satisfying resolutions and a poor substitute for Ghost Hunters.

RELATED: Is ‘Ghost Hunters’ Real or Fake? Fans Weigh In

In 2019, fans were thrilled to hear that Ghost Hunters would be returning. Even more exciting, Wilson would once again be leading his team through the investigations. This gave fans hope that the magic of the original would also make its way back on-screen. However, fans are now frustrated with the lack of Wilson’s actual involvement in the new episodes.

In a Reddit thread on the topic, a poster asks where Wilson is and why he is so absent from the show. One cynical commenter weighed in with a theory: “Seems like this was a cash grab. They wanted to use the name Ghost Hunters, but with a completely new team they can’t call it that — so they hire Grant to phone it in for a couple episodes while they ‘transition’ completely to these new people.”

Others mentioned that Wilson had a new business venture — in the board game industry — and might be busy there. One fan wondered if a creepy experience may have freaked him out: “We thought maybe something got to him on the first case of this season in that haunted town and he said nope that’s it. I wouldn’t blame him that was a creepy experience there.”

Whether Wilson’s absence was planned from the beginning or has crept back in as the reboot of the show has progressed, fans have definitely noticed his absence.