GOOD Morning Britain's Susanna Reid revealed she was scolded online for referring to her idyllic Cornwall break as a "staycation".

The 50-year-old delighted fans as she returned to screens today alongside Ben Shephard after her summer break.

Moments after going live, Susanna, who was clad in a sophisticated pink-coloured midi dress, admitted that she had been blasted for branding her trip to Cornwall as a "staycation".

Speaking about her time off, she said: "It was gorgeous, I got told off for calling it a staycation. It's not a staycation Ben.

To which Ben responded: "Because you're not staying at home…".

"But I thought stay at home, was staying in the UK and having a lovely holiday in the UK. More fool me," the broadcaster smirked.

"I thought that was lockdown?!" Susanna quipped.

She added: "Thank you to the good people of Cornwall for being so kind and gorgeous and for, frankly, providing us good weather.

"There were glimmers of sunshine, glimmers".

I'll tell you what, I'm taking a sabbatical for the summer

The presenter briefly returned last month weeks early so that Kate Garraway could go on her first holiday without her husband Derek Draper – for one day only.

Susanna previously joked that she was "taking a sabbatical" in July when she confirmed her summer break.

She and Ben had been discussing their upcoming interview with Adam Woodyatt, who is currently taking a break from EastEnders after 35 years on the soap.

Ben said: "He's taking a sabbatical, you can do that if you've been at a place long enough – you can get a bit of a sabbatical."

Susanna replied: "I'll tell you what, I'm taking a sabbatical for the summer – today's my last day!"

While Charlotte Hawkins gasped, Ben playfully giggled: "Ah, happy days!" before adding: "No, no – we will miss you."

Rolling her eyes, Susanna laughed: "God, that took a while." 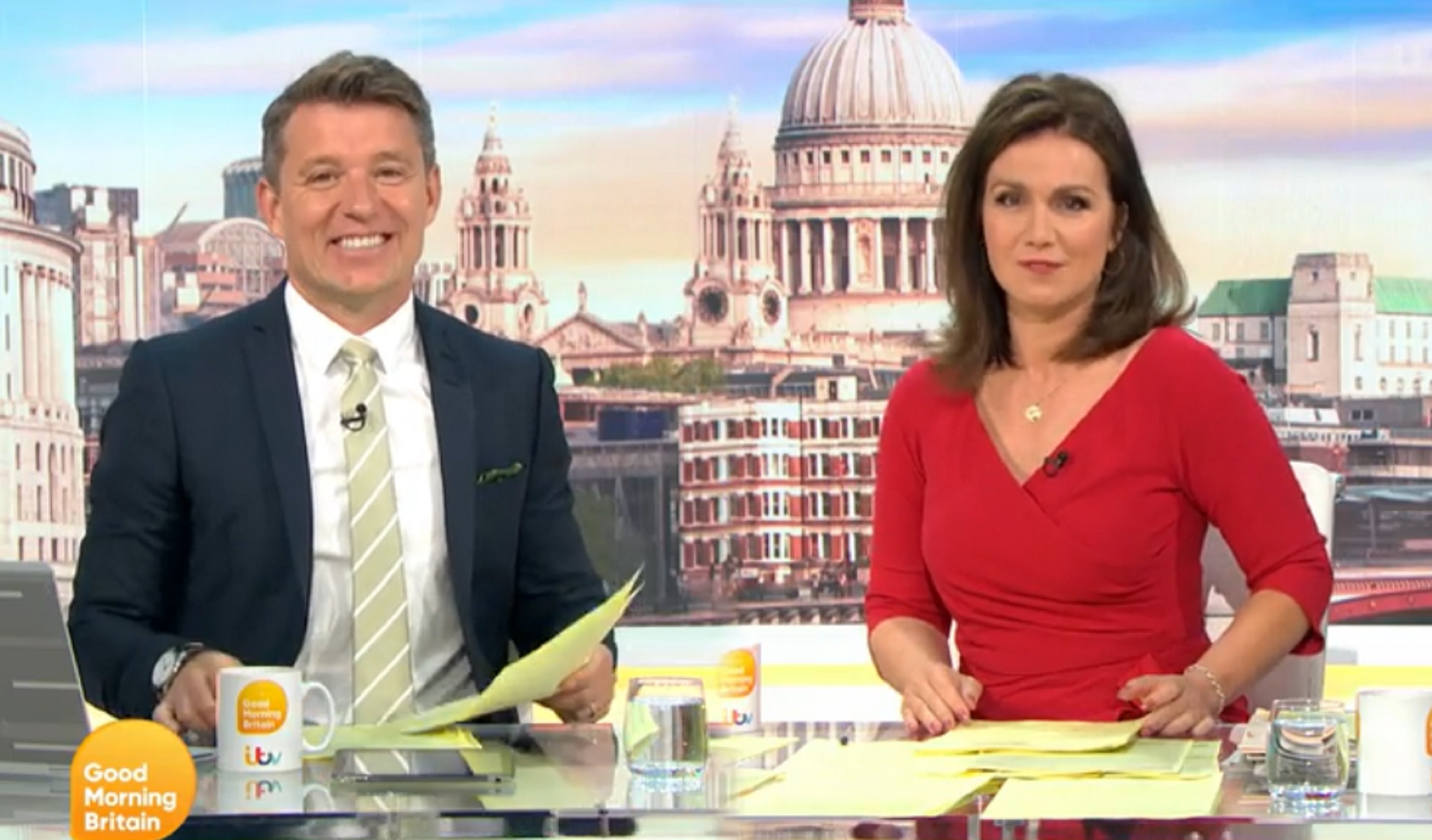