Gogglebox kicked off with the stars watching clips of Prince Harry on James Corden’s US chat show. Pete and Sophie were quick to joke about the Duke of Sussex’s appearance on the show and joked he would be on reality shows on UK TV soon.

Sophie added: “You know what will happen if they come back to the UK? They’ll be on Flog It! in a couple of matching fleeces.”

Agreeing, Pete laughed at his sister as she continued: “They’ll be auctioning off paintings from Frogmore.”

“We’ve got these crown jewels here, don’t know what they’re worth,” Pete said pretending to be Prince Harry. 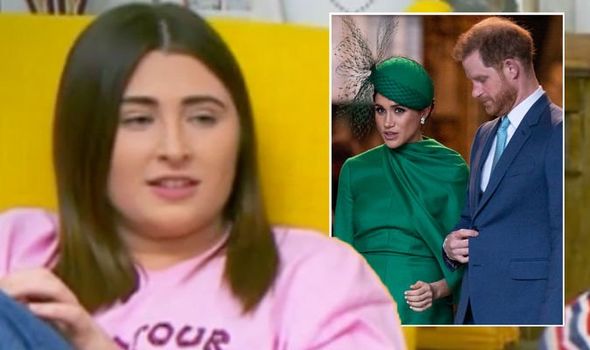 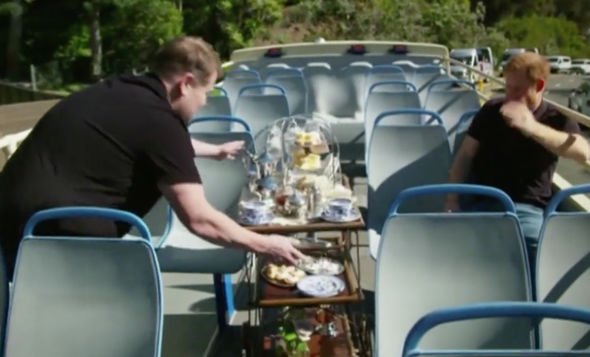 “We’re going to send them to auction,” Pete concluded.

Those tuning in to the episode found the pair hilarious and begged for Meghan Markle and Harry to appear on the BBC series.

One viewer posted on Twitter: “I’d love to see Harry and Meghan do Flog It #Gogglebox.”

However, one criticised: “This is so scripted in parts, no way did Sophie think of that Meghan & Harry Flog It gag #Gogglebox.”

Others were quick to defend Meghan and Harry ahead of their interview with Oprah Winfrey which airs on CBS on Sunday. 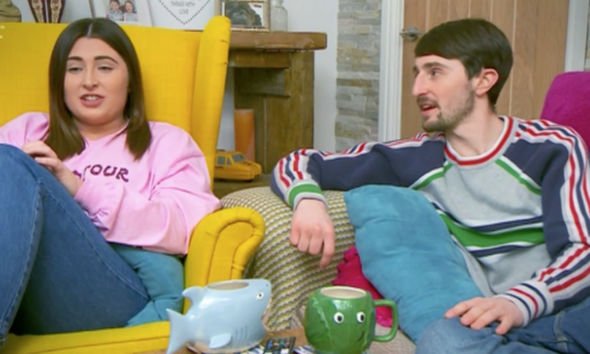 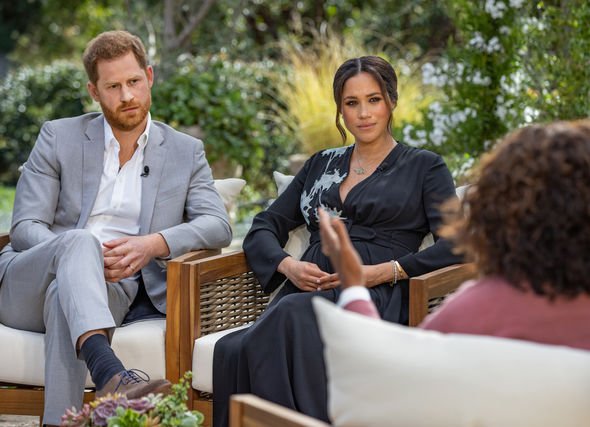 “I honestly think Harry and Meghan are better off where they are. Good luck to them both. #Gogglebox,” one fan posted.

Another added: “#gogglebox just shows that Harry and Megan can’t say anything without people jumping down their throats.”

A third continued: “To be fair, Prince Harry on The Late Show with James Corden is not as cringeful as those of us who remember Royal Family ‘It’s A Knockout’ back in the 80s. #Gogglebox.”

The joke on Gogglebox came as the latest clip from Meghan’s chat with Oprah was released.

It was revealed Oprah had approached the Duchess of Sussex before her wedding to Harry and asked if she’d take part in an interview.

“I couldn’t have said yes then – that wasn’t my choice to make,” Meghan explained.

“As an adult who lived a really independent life to then go into this construct that is different than I think what people imagine it to be – it’s really liberating to be able to have the right and privilege in some way to be able to say yes… to be able to just make a choice on your own and be able to speak for yourself.”

In the same interview, Harry describes his fear of “history repeating itself” explaining why they had to step back as senior royals.

“I’m just really relieved and happy to be sitting here talking to you with my wife by my side,” he explained.

Referencing his mother, Princess Diana, he continued: “Because I can’t begin to imagine what it must have been like for her going through this process by herself all those years ago, because it’s been unbelievably tough for the two of us.

“But at least we have each other.”