Susanna Reid was joined by Adil Ray OBE to host Tuesday’s edition of Good Morning Britain and she was left visibly mortified when he commented on the age of her beloved pet. So much so, Charlotte Hawkins, who was delivering the news headlines stepped in and scolded the presenter. The comedian then followed up with another jibe about two guests’ age who were set to appear on the show later.

“We’ve got an environmentalist coming on later,” Adil began. “He argues that when your pets pass away, don’t replace them. He’s not saying ‘lose your pets now, while they’re alive.’”

“This got a bit brutal,” Susanna commented and Adil continued: “Look, you’ve just got to think about these things!” 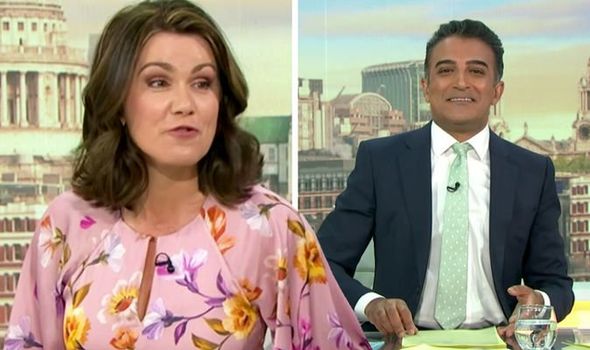 Charlotte jumped in: “Don’t say that! Bailey’s 15, you’re going to really upset everyone with pets out there.”

“It kinda happens!” Adil spluttered. “I’ve got Robin, I don’t want to see him go anywhere!”

But Susanna said nothing and those watching at home saw Adil move on: “Still ahead on Good Morning Britain…”

Adil added: “That’s what happens when people don’t pass away!”

Initially, Susanna didn’t have a response, instead displaying her shock, those watching at home then saw her add: “They’re going to have a word with you Adil.” 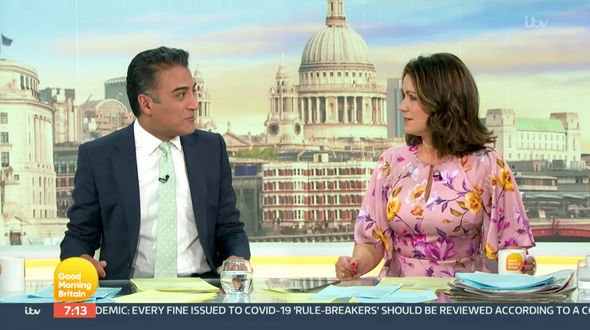 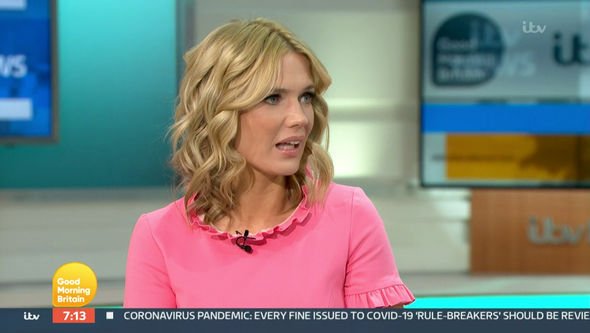