GOOD Morning Britain's Adil Ray left fans in hysterics with a joke about Piers Morgan's exit from the show.

The presenter, 46, made light of the situation with a hilarious comment to co-host Susanna Reid as he stepped in for the controversial journalist earlier today. 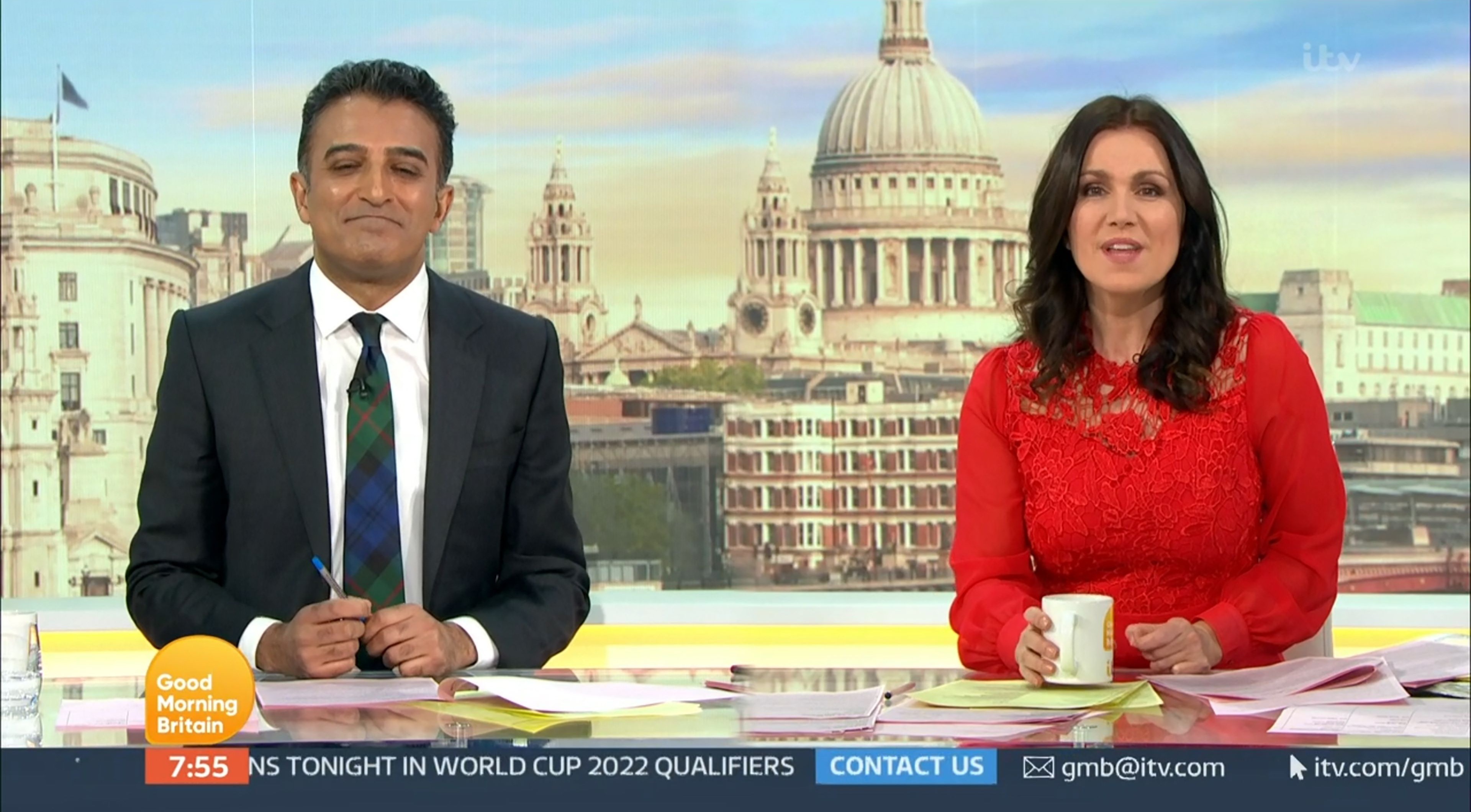 Viewers of the ITV breakfast show were stunned when Piers stormed off set after a disagreement with co-star Alex Beresford earlier this month.

The pair butted heads when they were discussing Meghan Markle and Prince Harry's interview with Oprah Winfrey.

However, one GMB star that wasn't on set the day it happened was Adil, who has been off our screens for quite some time.

This morning he returned to the show and asked co-star Susanna Reid: "Great to be back. Have I missed anything?" 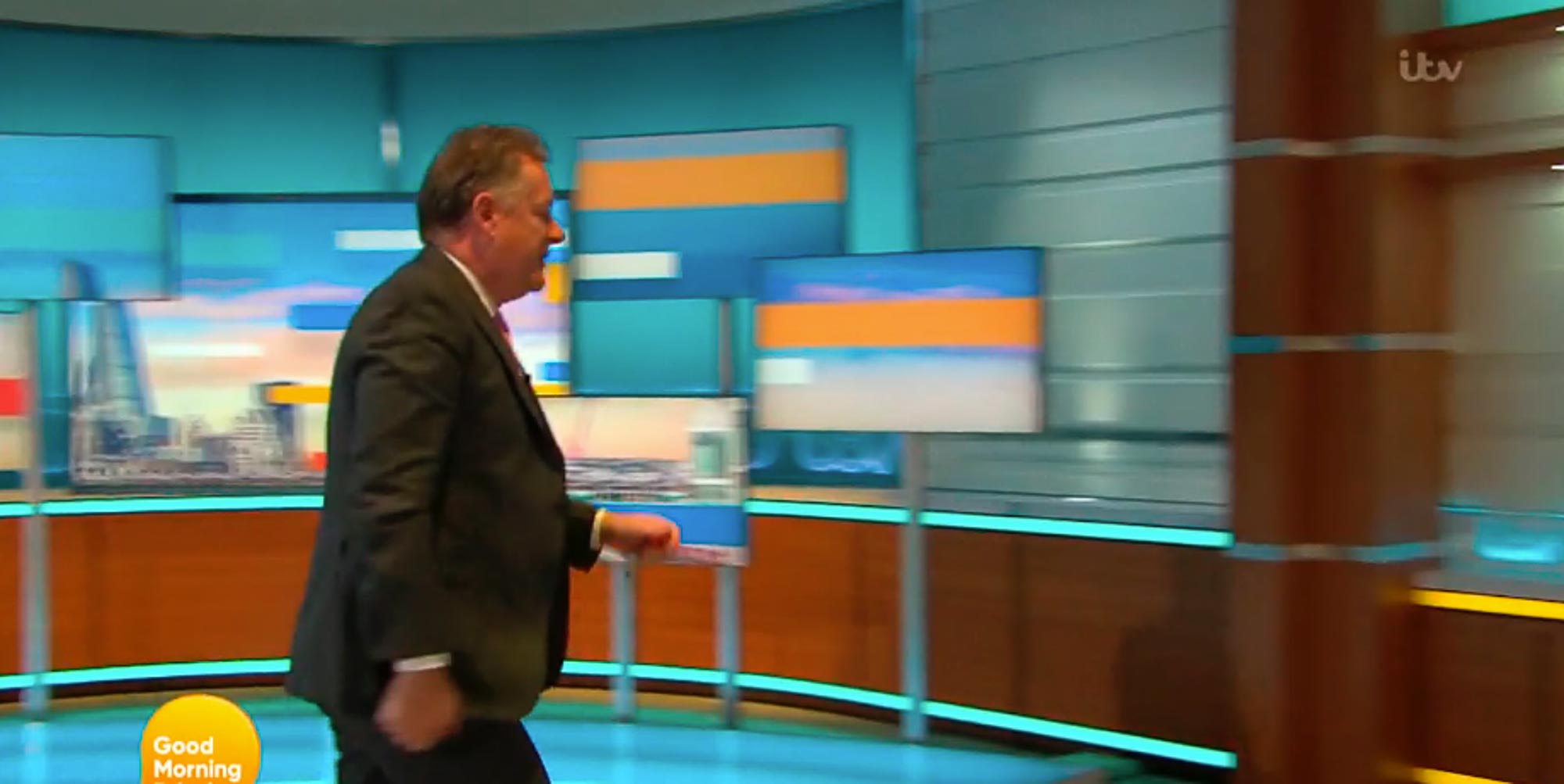 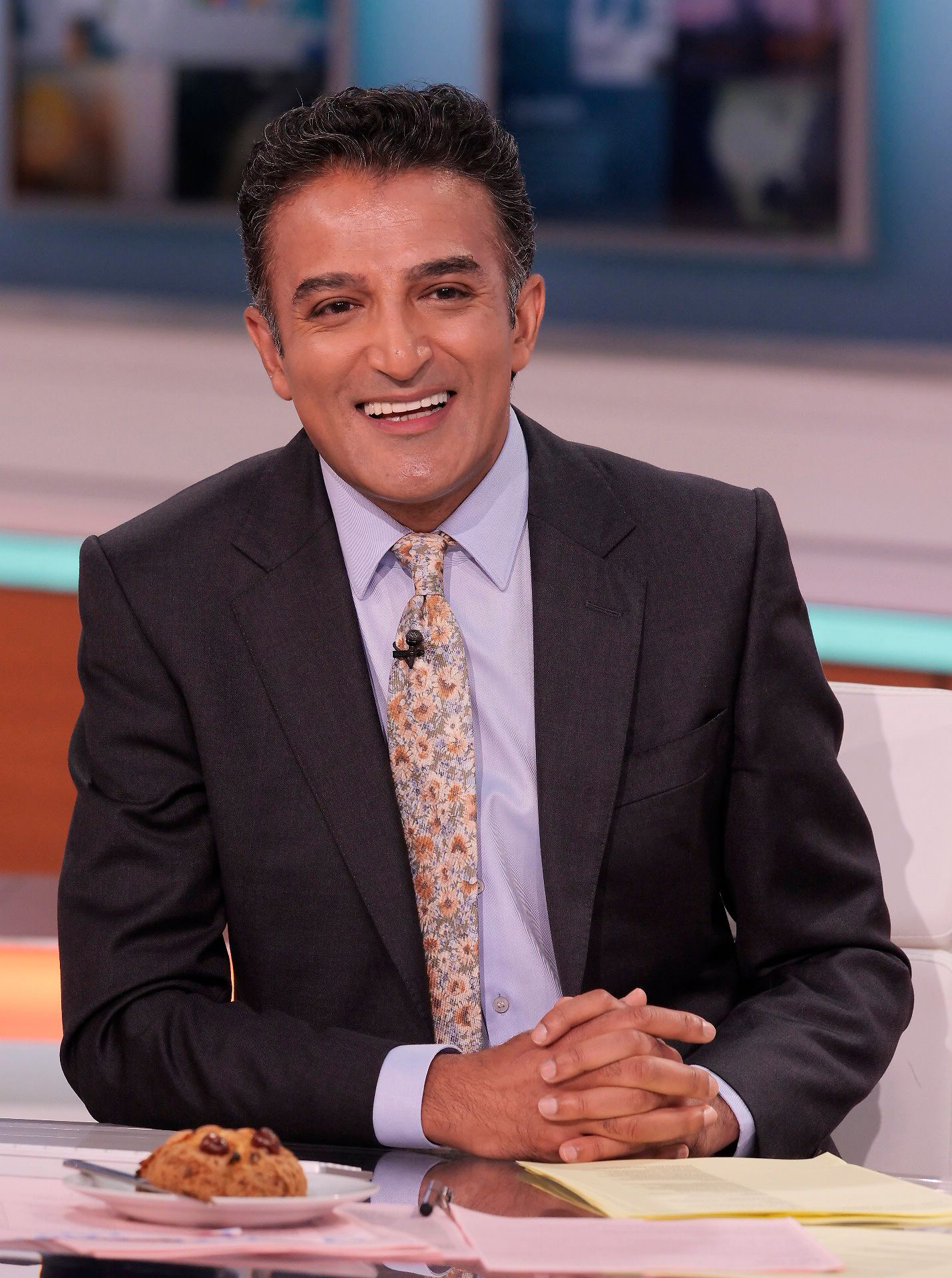 Adil, who has replaced Piers Morgan once before in 2018, simply said: "Oh okay," and the pair carried on with the rest of the show as normal.

One wrote: "Can't decide which was funnier… Adil asking if he's missed anything.. or the awkward response from Susanna #GMB." 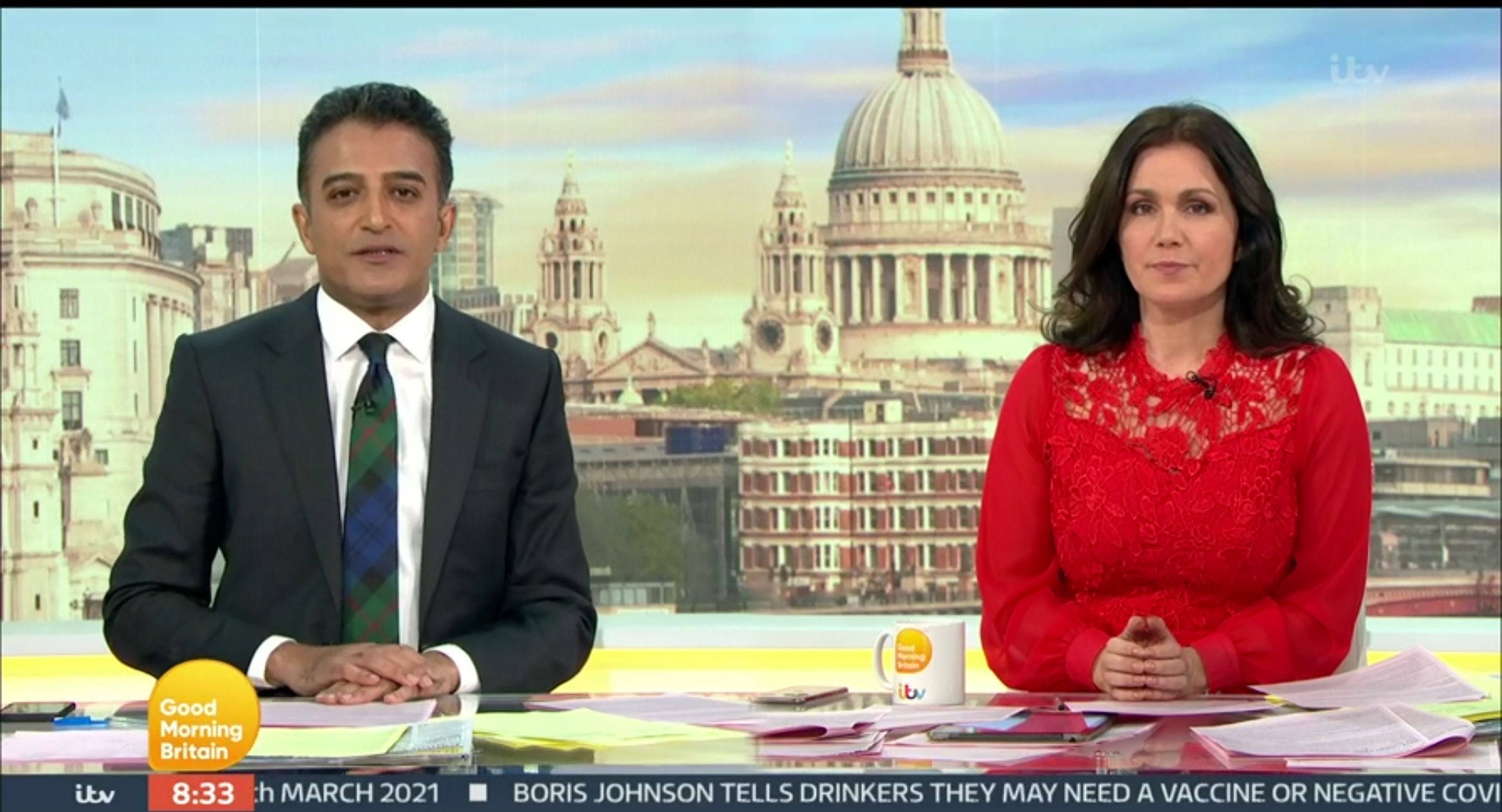 Another said: "Adil speaks before he thinks…"

Adil managed to miss Piers and Alex clash on set as they argued about their stance on the royals' bombshell Oprah interview.

Piers questioned many of the Duchess of Sussex's claims including ones about her issues with her mental health.

Alex criticised Piers for his coverage on the chat, but Piers refused to listen and left the set. 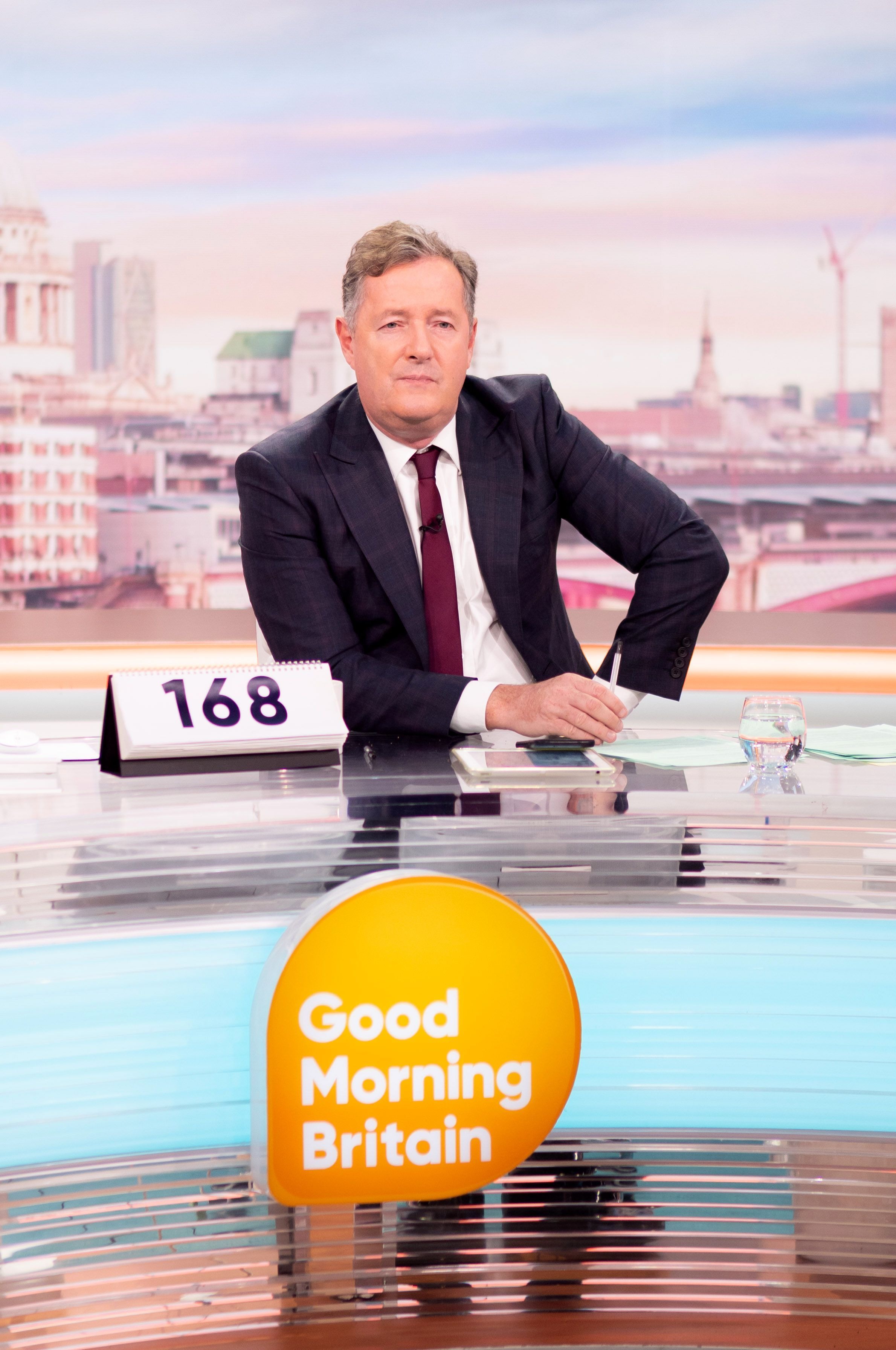 Hours later Piers dramatically quit the show after receiving a staggering 41,000 complaints about his comments on the Duchess of Sussex.

Yesterday it was revealed that a whopping 57,793 people have complained to Ofcom, making it the regulator's most-complained-about programme of the decade.

Although many weren't happy with Piers, one petition has gained 360,000 signatures for him to make a return to GMB.

However the star has ruled out returning to the show.

He confirmed on Twitter: "I won’t be going back, but thanks to everyone who has signed these petitions.

"Normally, people start petitions to have me fired or deported, so this is a pleasant surprise."

It is still unknown who will take over from Piers on the show.

One person who has been affected by Piers' shock departure is co-star Susanna, who worked alongside him for five years.

Yesterday she hinted at TV reunion with her former colleague as she liked a tweet about their split "not being forever".