Ben, 45, and Susanna Reid, 49, were joined by Al, 52, on Good Morning Britain to talk about his career as a comedian, which has been a key talking point for Davie in his new role. The new BBC Director-General has already made some controversial moves, having reversed the decision to have Rule Britannia and Land of Hope and Glory sung at the Last Night of the Proms. Davie has also stated he wants fewer left-wing comedians to perform on the broadcaster’s flagship channel, which led the pub landlord to slam the Government as he gave his opinion on the matter.

Susanna asked the guest: “Actually the pub landlord is quite right-wing, so does that mean more opportunities but there is a subversive left-wing message that comes through here.”

“So, I’ve made this appalling rod for my own back by being ambivalent or ambiguous in what I do,” he continued before the host jumped back in.

“In that case, you’re going to get more opportunities on the BBC – you should be on the phone now to Tim Davie.”

The pub landlord added: “The thing is, if people want more right-wing comedians, they need to vote for a left-wing government.” 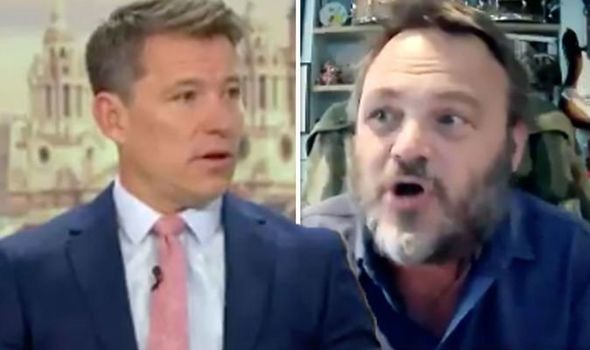 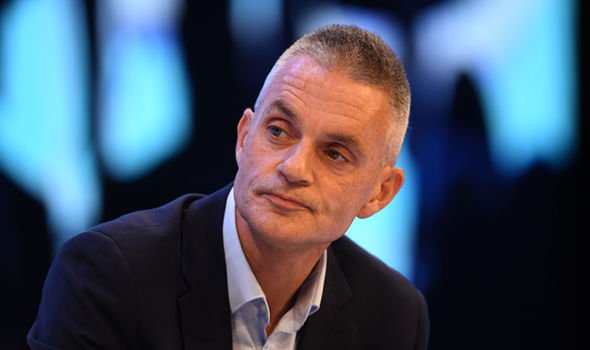 “Comedy engages whether you agree with it or not. The job of a comedian, to an extent, is to cause mischief, to say the supposedly unsayable and that’s actually where the debate revolves around these days because different people are in charge of different arguments,” Al continued.

Taking aim at the Government, he said: “And also to flick V’s at the government. I mean, honestly. We’re supposed to be gargoyles.

“We’re meant to be warding off evil spirits or caging mischief or causing trouble,” the comedian declared.

“If people want more right-wing comedians, they need to vote for a left-wing government and the truth is when [Tony] Blair was in power and [Gordon] Brown, they copped flack from comics so it’s simply not true that there is this bias.” 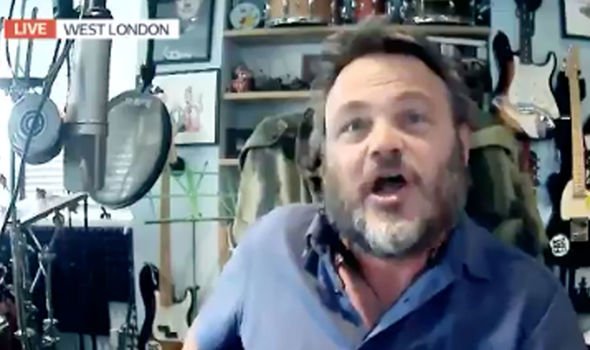 Be careful with your Vs

Al rounded off his commentary by adding: “Except in reality which insists on voting for Conservative Governments – that’s not me taking a side in this that’s just the reality.”

Bringing the conversation back to the new BBC Director-General, the comedian said: “He’s a new broom, he’s got to say stuff like this.”

However, Ben came back to the moment where the guest slammed the Government and due to expressing his desire to use expletives, he issued a warning to him.

“Be careful with your Vs,” the presenter remarked, addressing the fact the show was on pre-watershed hours.

The comedian didn’t demonstrate the expletive signal at any point during his rant, but Susanna jumped in to defend him.

“V for Victory,” the host declared, to which Al agreed to some extent, realising the time of day he was talking.

Davie’s appointment as the new BBC Director-General comes as Lord Tony Hall, 69, stepped down from the role last month.

He is set to speak with staff on Thursday before making his first official announcement about the changes he is going to implement.

According to The Daily Telegraph, Davie said in a note to staff: “Overall, my guiding principle is that we are a universal public service – a BBC for all, that serves and represents every part of this country.

“Our focus must be to ensure that we deliver outstanding and unique value to all audiences – those who pay for us and are in effect our customers – in return for their licence fee.

“To do this we will need to keep reforming the BBC with urgency so that we are trusted, relevant and indispensable in this digital age.

“While we do face challenges, the senior team and I are incredibly proud to be leading this organisation and supporting you.”