Get ready, Grey’s Anatomy Season 18 returns with the next new episode tonight, Dec. 9, 2021. The ABC medical drama has been on hiatus for a few weeks. Now, fans get to dive back in with Meredith Grey (Ellen Pompeo) and the rest of the Grey Sloan crew. So you won’t want to miss a second. Here’s everything you need to know about Grey’s Anatomy tonight, including the start time, how to watch season 18 episode 7, “Today Was a Fairytale,” and some spoilers from ABC.

Per ABC’s schedule, Grey’s Anatomy will start tonight in its usual 9 p.m. ET time slot. As always, the Shondaland drama will air after the next new episode of the firefighter spinoff, Station 19. The network also claims Grey’s Anatomy Season 18 Episode 7 will have a total runtime of 61 minutes, and Big Sky will begin at 10:01 p.m. ET.

How to watch ‘Grey’s Anatomy’ Season 18 Episode 7, ‘Today Was a Fairytale’ on Hulu

If you don’t want to watch Grey’s Anatomy Season 18 Episode 7, “Today Was a Fairytale,” when it airs live on ABC tonight, then you can always stream the next episode on Hulu. The streaming platform drops new episodes of the Shondaland series on Friday mornings. 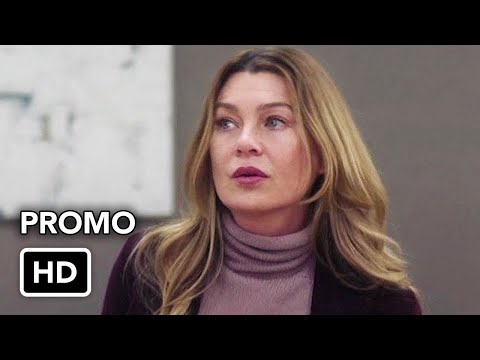 What happens in ‘Grey’s Anatomy’ Season 18 Episode 7 tonight, according to spoilers from ABC and the new promo trailer

Episode 7 of Grey’s Anatomy Season 18 will feature storylines in Seattle and Minneapolis, according to ABC. The network’s press release claims Dr. David Hamilton (Peter Gallagher) will take his frustrations out on Meredith. So Nick Marsh (Scott Speedman) asks Meredith to scrub in on a surgery to “blow off some steam.”

However, the promo trailer for Grey’s Anatomy Season 18 Episode 7 suggests the gesture takes a turn. As it turns out, the patient is Nick’s childhood best friend, and Meredith has to kick her love interest out of the operating room because something goes wrong.

Meanwhile, more trouble is ahead when Atticus “Link” Lincoln (Chris Carmack) and Jo Wilson (Camilla Luddington) go to a fairytale theater with their kids. The preview also indicates that the ABC series could potentially explore a romance between Link and Jo. In the teaser, Link admits he used to have a “huge” crush on her.

Of course, that’s not all the drama unfolding in Seattle. Miranda Bailey (Chandra Wilson) and newcomer Michelle Lin (Lynn Chen) head off to a recruitment fair for Grey Sloan, and they “find themselves ill-prepared” for the event. The trailer for tonight’s episode also revealed Maggie Pierce (Kelly McCreary) will return and reunite with Winston Ndugu (Anthony Hill) after she went back to Boston because of her father’s hip surgery.

When does ‘Grey’s Anatomy’ Season 18 Episode 8 air on ABC?

Many TV fans are weary of breaks in the winter months. But at least the Shondaland medical drama will air another episode after Dec. 9 before going on another hiatus. Grey’s Anatomy Season 18 Episode 8, “It Came Upon a Midnight Clear,” will be released on Thursday, Dec. 16. It also seems this will be the last one before the midseason break starts. ABC confirmed with Showbiz Cheat Sheet that the Dec. 16 episode of Grey’s Anatomy Season 18 will be the winter finale.