“I SHOULD probably tell you some amazing stories of debauchery,” laughs Andy Cato, one half of dance duo Groove Armada, explaining why they haven’t made a record in ten years.

“But what happened was we’d written our best ever album and the live set was killer, but it was peak EDM." 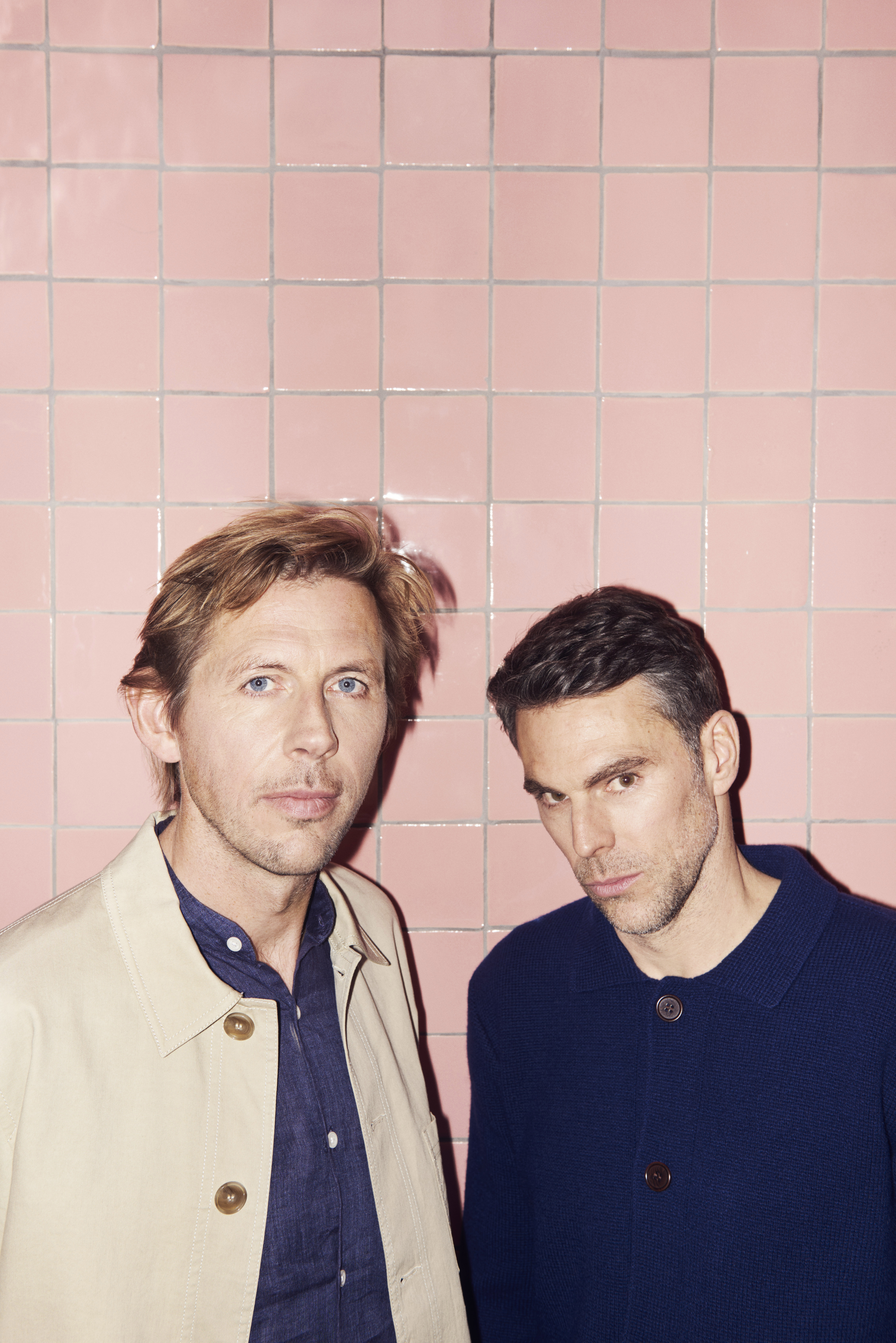 “We found ourselves going on festival stages and the tolerance for that music just went off a cliff. We’d go on after the girls in bikinis, and chainsaws with fireworks coming out of them. It was massive white noise snare drum fills and that’s not our thing.

“It was the first time ever that we were playing gigs that didn’t feel killer, so we stopped, because it had been so good and we were not going to go on the downslope. So we decided to go underground and forget all of the live stuff, radio and big festivals — and just DJ.”

Featuring Cato and Tom Findlay, Groove Armada are one of our most successful dance and live bands, having produced classic tracks At The River, Superstylin’ and I See You Baby. And they are back in the groove with new re­lease Get Out On The Dancefloor.

Findlay says: “Without wanting to sound like ‘it was better back in the day’, I’ve always felt the essence of house music is a shared experience, people coming together, and at its best house music was a counterculture." 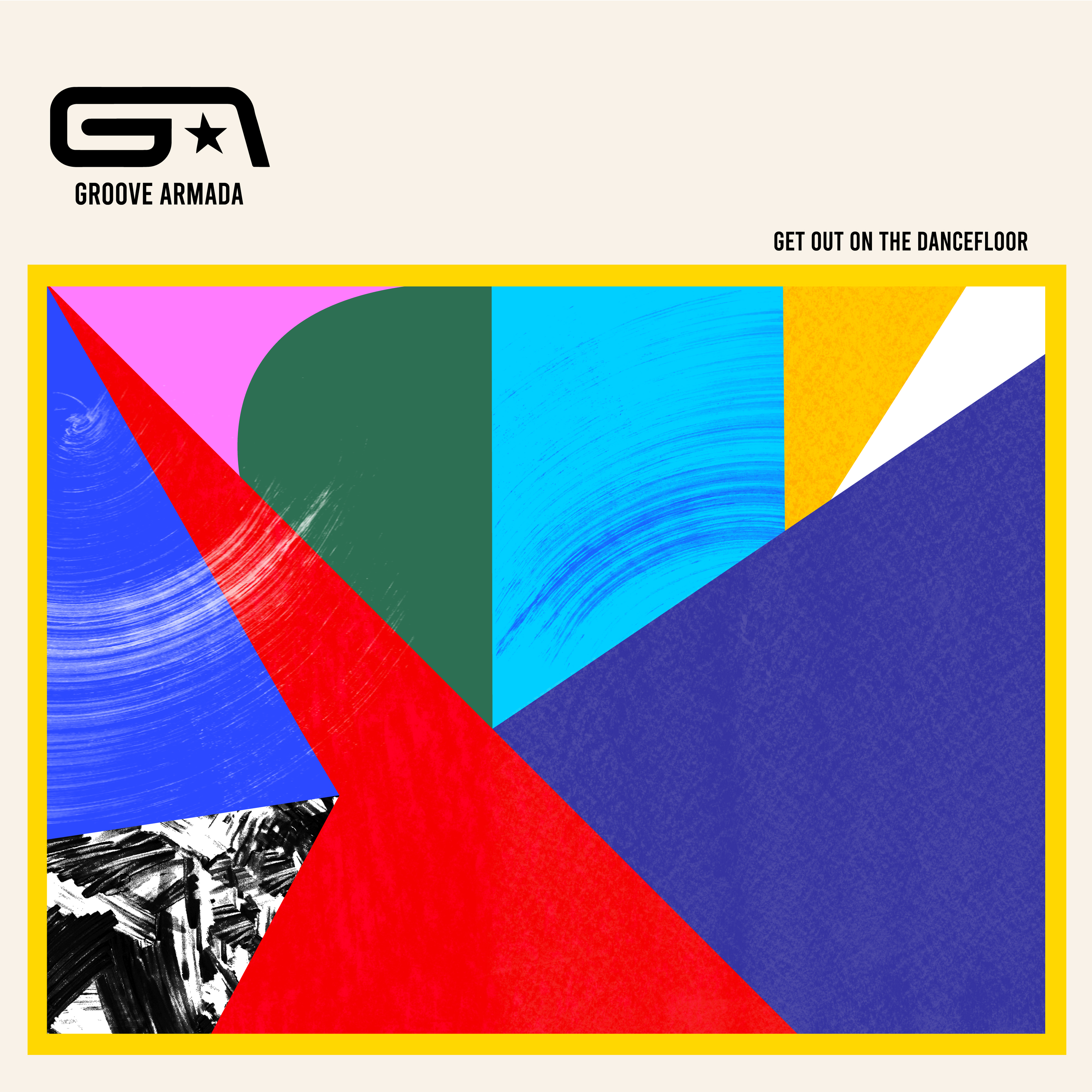 “The EDM boom seemed to be more about this sort of deification of a few big players, and an increased commercialisation of the scene.

"I don’t think EDM was house music, really. EDM was doing its thing and house music was in a different lane.

"I never felt part of that EDM scene.”

He adds: “I think also we’d been writing and gigging pretty relentlessly for 15 years and we probably weren’t enjoying it in the way we had before."

‘The response has been incredible’

“It felt like we needed to step back, catch our breath and plan the next move.”

Catching up with the pair via Zoom — Cato in France and Findlay in London — both say they didn’t completely step away from music, but Groove Armada took a sort of hiatus.

Cato concentrated on his other job as a farmer — he grows ancient grains and makes bread from the flour he produces — and Findlay trained to be a cognitive behavioural therapist.

Findlay says: “We made quite a lot of house records with Hypercolour, Moda Black and carried on DJing, but it was definitely a less intense period work-wise. I’ve only just qualified as a therapist, but I’ve spent five years studying which I’ve really enjoyed — apart from the exams. 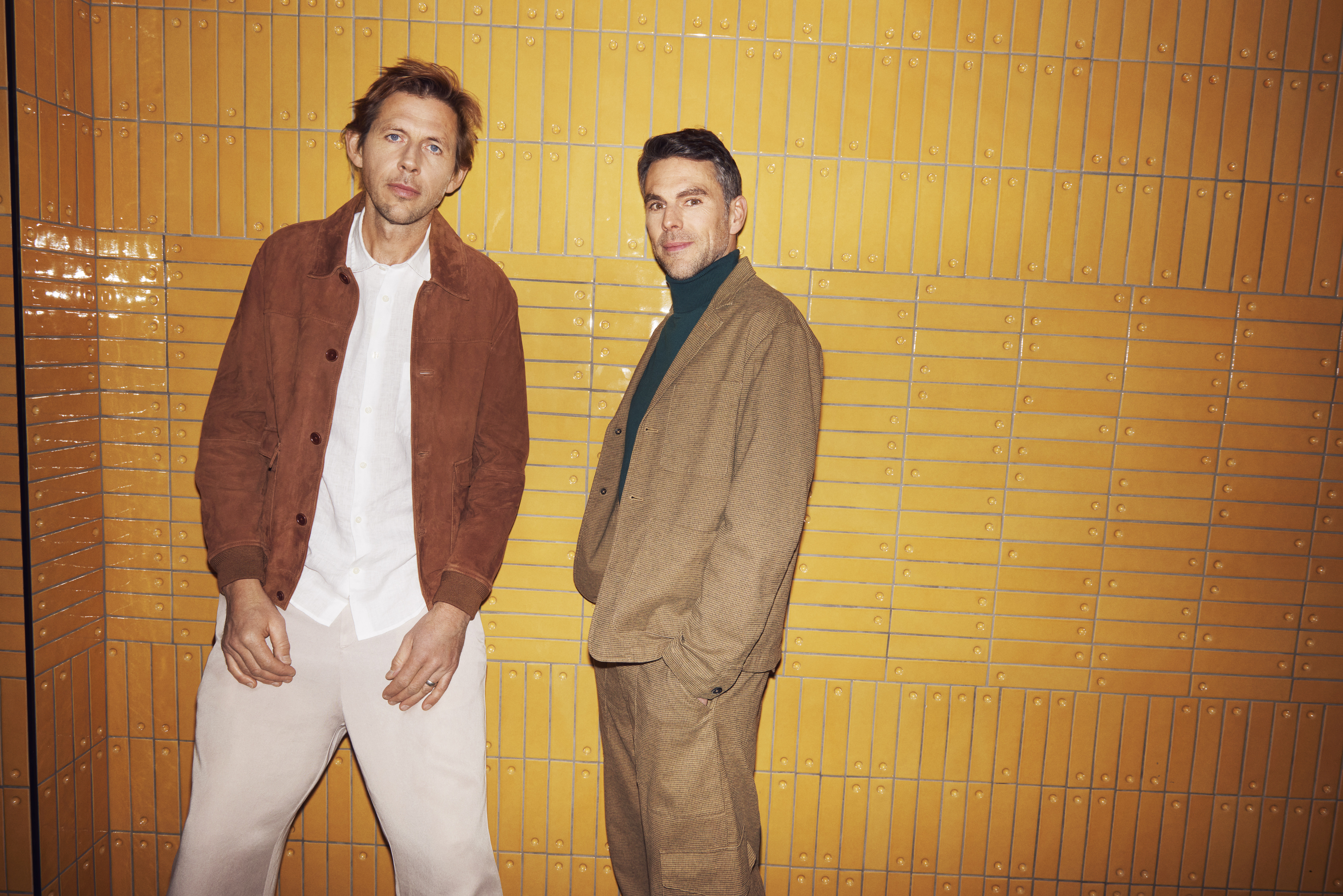 “I’m starting to take on some clients now, thinking about doing some work for the NHS, but I think the two will work really well together, there’s a yin and yang thing with those two professions which could be good for me in lots of ways.”

Their euphoric comeback single Get Out On The Dancefloor, also features Nick Littlemore from Empire Of The Sun and Pnau, and the pair are thrilled with the reaction to it.

“It’s been really nice,” says Cato. “Though for a while we didn’t know if this was appropriate or not. It was a fine line because, people are dying, and these statistics are people’s grand- parents, parents and kids.

“But on the other hand, more than ever we need moments of togetherness and unity and a sense of hope. We need some uppy vibes more than ever, so we decided to just go for it. And the response has been incredible.” 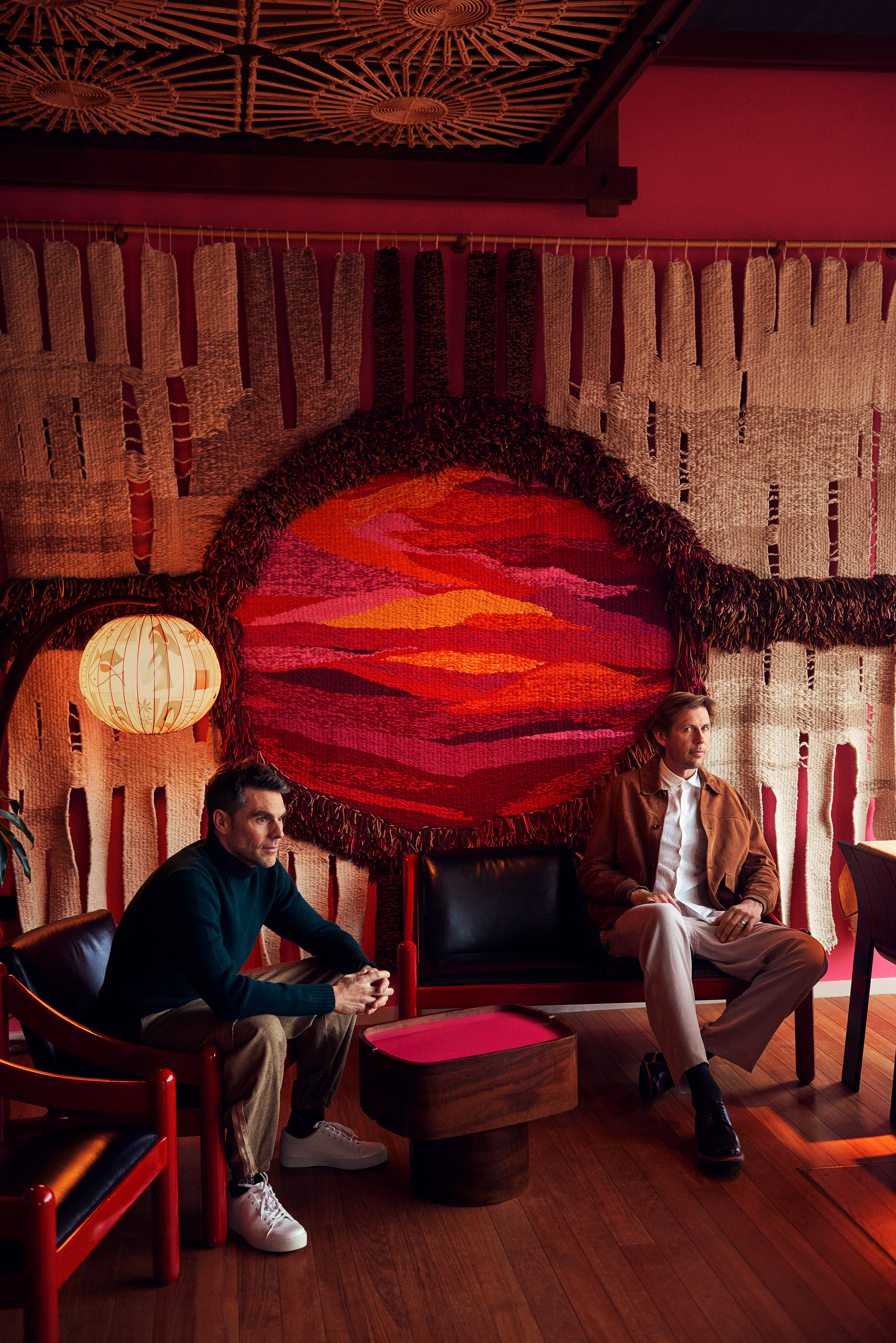 The track is accompanied by an equally addictive and feelgood video which sees fans dancing around their kitchens in lockdown. These include Littlemore, Sophie Ellis Bextor, US actress Rose McGowan, and UK drag star Divina de Campo.

Findlay says: “We just reached out to some of our ‘famous followers’ through social media. Though it seems Carol Vorderman and (cricketer) Jimmy Anderson were too busy to get involved."

Get Out On The Dancefloor was rescued from material left off previous album, the 2010 ­collection Black Light. Cato says: “During the Black Light process, we went a bit bonkers and it became quite tortuous towards the end. That’s why I think it’s got some of our best songs." 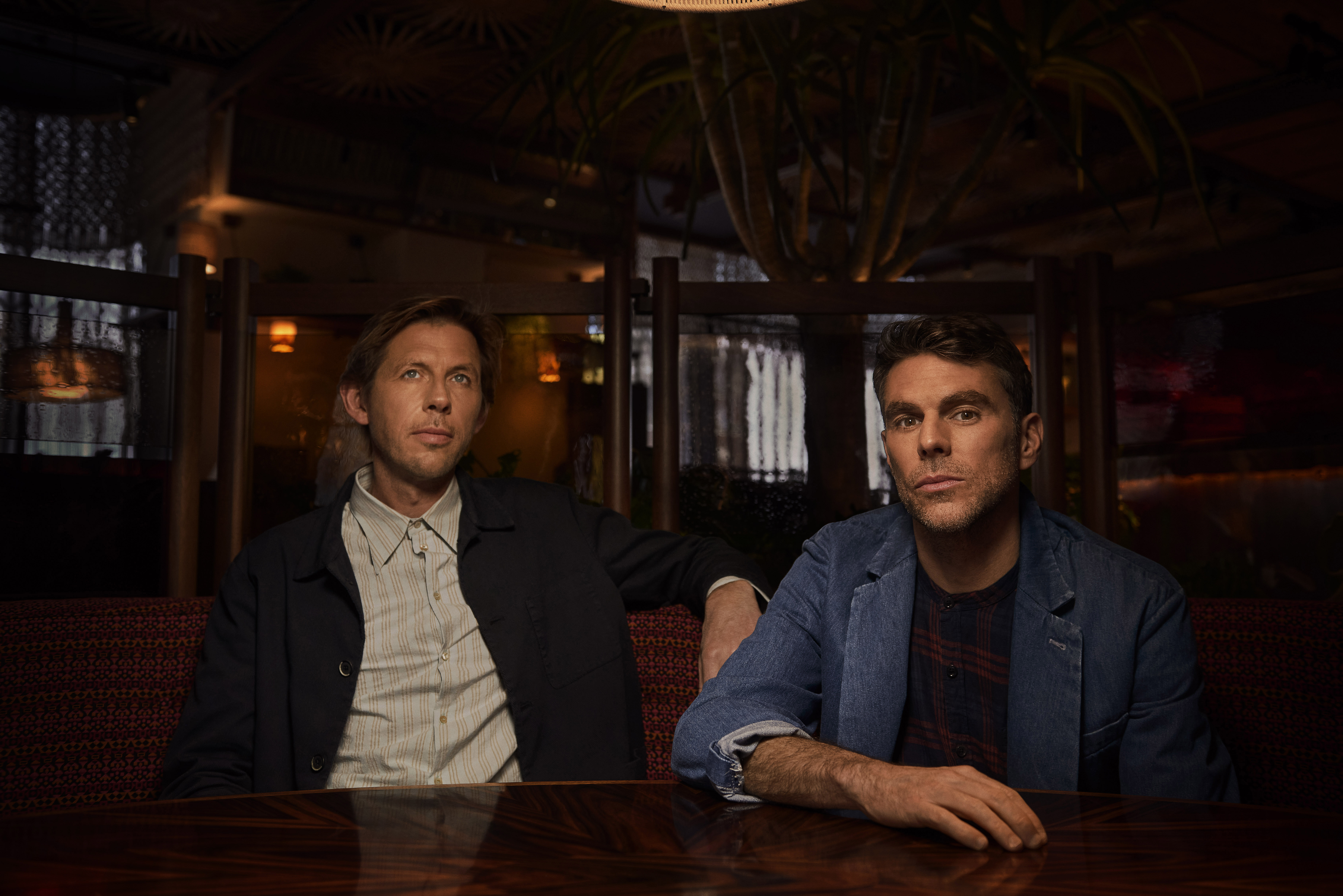 “The other side is that we started to lose judgment and some stuff ended up on the cutting room floor. So when we started thinking about making some new tunes, my first port of call was looking at some of the Black Light outtakes.

"I came across these outcrops of Nick’s streams of consciousness — when he records, he just lets it all out and you’ve got to try to make sense of it all afterwards.

"It was a bit like doing a jigsaw with really small pieces and no picture to follow. But little by little, this vocal emerged and then it felt really coherent. So with my little rock band that I have in France, we just jammed underneath it.”

It’s a track that channels Talking Heads with its David Byrne-style vocals. 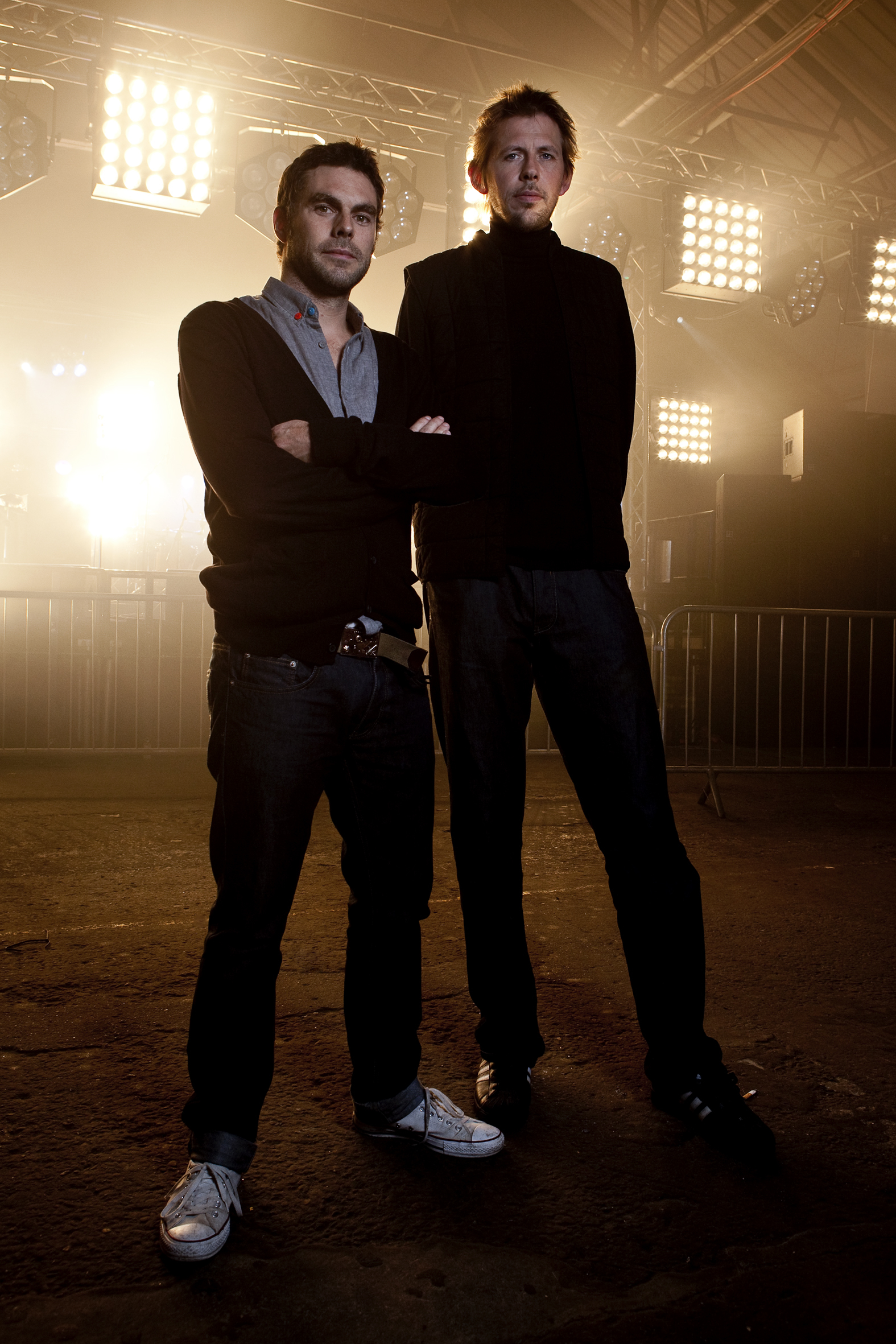 “Nick is a top fella,” says Cato. “He’s a super-cool guy. We’ve maintained a long-distance relationship since the Black Light album. It got very intense and he was a real pleasure to spend time with. He also sings on the track Tripwire on the new album.”

Groove Armada will release a new album later in the year and are excited with the results.

“It was tricky at the start of the pandemic as I wasn’t sure if it was responsible for me to go to London. But I did and the lastweekend (before lockdown) the whole album was made in a series of really intense two or three-day sessions. It was like the old days, just the two of us in Tom’s basement. It was a real nick-of-time situation.”

Findlay adds: “The idea to make a new album all happened around the live shows. It was a sense that after gigs in places like Manchester, Glasgow, London and Bristol, some of our favourite UK cities, we still felt we had something to contribute to the scene. 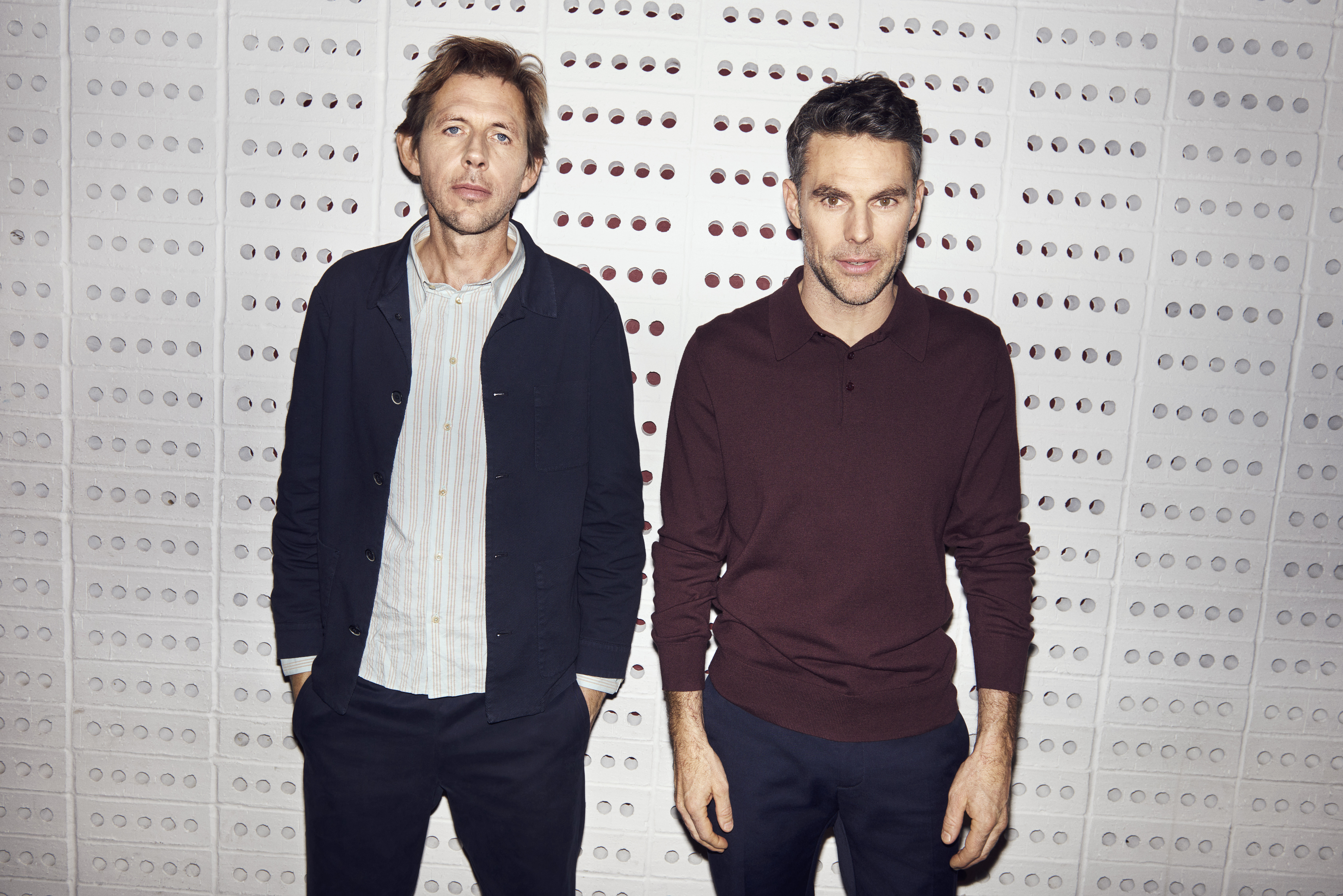 “We still felt relevant, and crucially the live side of things still felt as exciting and on point as it had before.”

Snippets of the new album heard include next single Lover 4 Now (ft Todd Edwards), end- of-the-night anthem Don’t Give Up and I Can Only Miss You (ft Paris Brightledge).

“Paris is one of the great voices in house music,” says Findlay. “He sang lead vocal on It’s Alright by Sterling Void, which is one of the seminal Chicago House classics, so it was a massive honour to work with him. I loved what he did with the track and there’s another one in the can for an upcoming project, so it’s been a perfect collaboration.”

Like it has for all bands, the pandemic has scuppered Groove Armada’s live plans, but Cato and Findlay are looking forward to playing next year, when the album is out.

‘So much doesn’t need to be said’

Holding Strong and Edge Of The Horizon are two new tracks along with the latest single that Findlay is looking forward to playing live.

“The whole summer looked great,” he says. “I guess everyone has said such good things about Bluedot so we were excited for that. It’s always the ones you’re not expecting that surprise you. The great thing is all these gigs are on for 2021 and we hope to add in a few more.

“Playing live was our signature really,” adds Cato. “The last 15 years of touring, where we worked out lots of technological tricks so you get the sound you need to go on after a DJ, combined with playing it in real time.

“It was a really powerful combination. That last tour we did, where we mainly played the Black Light, was absolutely electric as that album was really an expression of that sound that comes together on stage with the guitars and the electronics.” 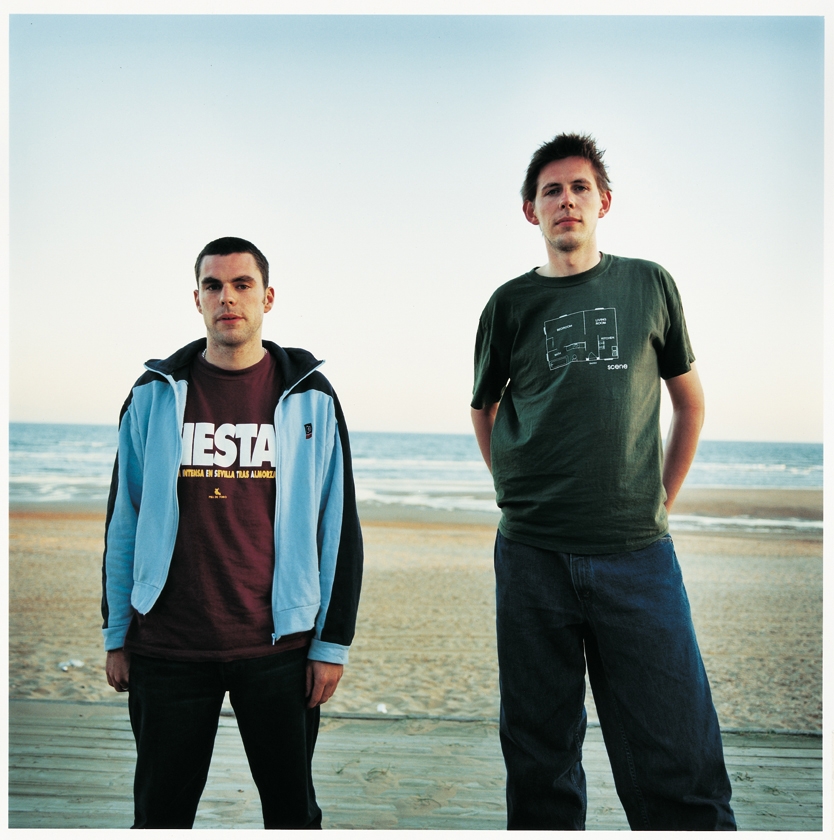 The pair have been releasing music together for nearly 25 years and say their friendship still defines the band. Cato says: “In life, we have very few relationships where as much water goes under the bridge as me and Tom. There is so much that doesn’t need to be said. That is a real precious thing and, I think, as you get older, you realise how precious it is. That has been the core, while the methods have changed a bit.

“At the beginning, Tom was teaching me how to play football and in exchange he’d come round to the studio and we’d play these amazing disco records and I was teaching him how to sample them. That’s how we were at the beginning and then he got his own set-up and we did live gigs.”

Findlay adds: “We share a commitment bordering on obsession when it comes to putting the live band together, mutual respect and a good sense of humour. Oh and we try not to be a d*ck to each other too often.”

So, plenty of high points, what about regrets? Cato says: “When we recorded a song for Goodbye Country (Hello Nightclub) in a studio in the middle of nowhere, we were locked away and we got a call from Elton John’s manager asking us to go to LA to work on some songs with him. And we said, ‘No, we are busy’. And that was an insane decision.”

“Yes I agree,” says Findlay. “We should’ve worked with Elton when we had the chance but we’ve had loads of fun and just about kept our mental health together so I’m not complaining.

"And moments to remember? Headlining the second stage at Glastonbury, playing five nights back to back at Brixton and people we’ve been lucky enough to work with over the years like Neneh Cherry, Richie Havens and Kenny Young.”

Cato adds: “As for accolades, there’s no better accolade than standing in front of a big crowd at a festival when it’s going off. That is the accolade that matters and we can’t wait to get back to them.”