Helen Skelton, 36, was one of the six celebrity SAS Who Dares Wins contestants still in the game as tonight’s final got underway. The famous faces had one last test to pass before ex-special forces personal Ant Middleton, 39, and his team decided if any of them had done enough to be crowned winners. As the numbers dropped one by one throughout the gripping final instalment, it was thought by viewers the Countryfile host would make it all the way to the end. However, minutes before the credits rolled, it was revealed just where she had positioned on the results table and Channel 4 viewers weren’t happy. 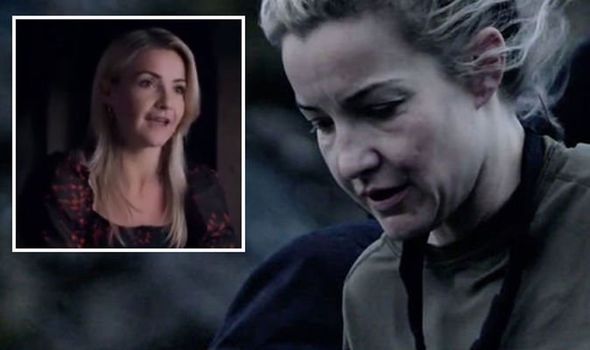 After sticking to their stories and failing to drip-feed any information about their mission to their interrogators, Helen and Hollyoaks actress Nikki Sanderson, 36, came joint third.

Taking to Twitter, those watching at home were in uproar as they thought either one of the two women would have been a shoo-in for the crown.

One viewer posted on the social media platform: “#saswhodareswins Helen! Deserved to Pass the course cos she was one of the most consistent.”

Another added: “Gutted, Helen and Nikki have been machines all series #SASWhoDaresWins.”

The real winners were revealed at the end of the episode, with Paralympian and former Strictly Come Dancing star Lauren Steadman, 27, and Rudimental DJ Locksmith both winning the series.