Home » TV and Movies » Helena Bonham Carter, Pierce Brosnan to Star in Rom-Com on Making of 'My Fair Lady' Play

Helena Bonham Carter, Pierce Brosnan to Star in Rom-Com on Making of 'My Fair Lady' Play 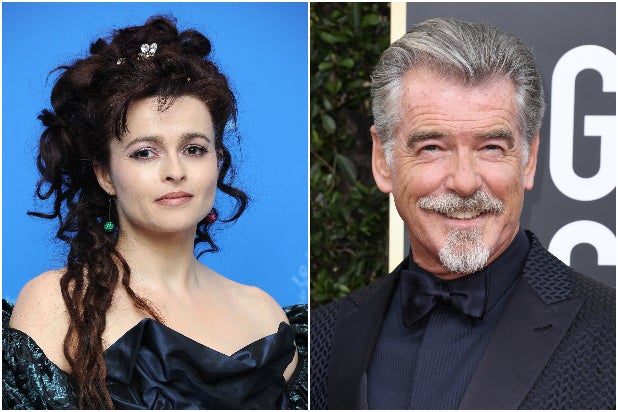 Helena Bonham Carter and Pierce Brosnan are set to star in a romantic comedy called “Not Bloody Likely” that tracks the true story of a 1914 production of George Bernard Shaw’s “Pygmalion,” the story that would eventually become the musical “My Fair Lady.”

“Last Chance Harvey” director Joel Hopkins will direct the film that is being presented to buyers at the American Film Market. Production hopes to begin on the film in the U.K. in spring 2021.

Brosnan will star as Shaw, who is determined to get actress Pat Campbell (Bonham Carter) to play the role of Eliza Doolittle in his now-classic play. But his real intention is to woo her and rekindle their past love. The whole story is seen through the eyes of a young producing assistant who is tasked with finding a “real” Flower Girl who might help Campbell become Eliza, only to spark his own romance.

The film is based on a true story of the making of the 1914 West End production of “Pygmalion,” and “Not Bloody Likely” is compared to films like Bonham Carter’s “Room With a View” or “Shakespeare in Love.”

Cornerstone Films is handling the worldwide sales rights and will commence sales at AFM. “Not Bloody Likely” was developed and is produced by Adam Rolston and David Braithwaite  under their new banner Studio Pictures.

Brosnan and Hopkins previously worked together on “Love Punch.” He also recently starred in “Eurovision Song Contest” and will next be seen in “Cinderella” with Camilla Cabello.

Bonham Carter most recently starred as Princess Margaret in Netflix’s “The Crown.”