On April 16, Disney and ABC hosted a special sing-along program starring many Disney celebrities and more. They all came together to sing some fan-favorite songs and lift the spirits of America and those working on the frontlines during the coronavirus (COVID-19) pandemic. A very special High School Musical reunion took place that also included the cast of High School Musical: The Musical: The Series, along so many more wonderful performances.

Whether you missed it or caught the karaoke bug, there are so many Disney movies you can watch on Disney+ that’ll be perfect for your own sing-alongs. While none of them have a dancing Mickey head to show you the words (except for one), you can add subtitles and become pros. 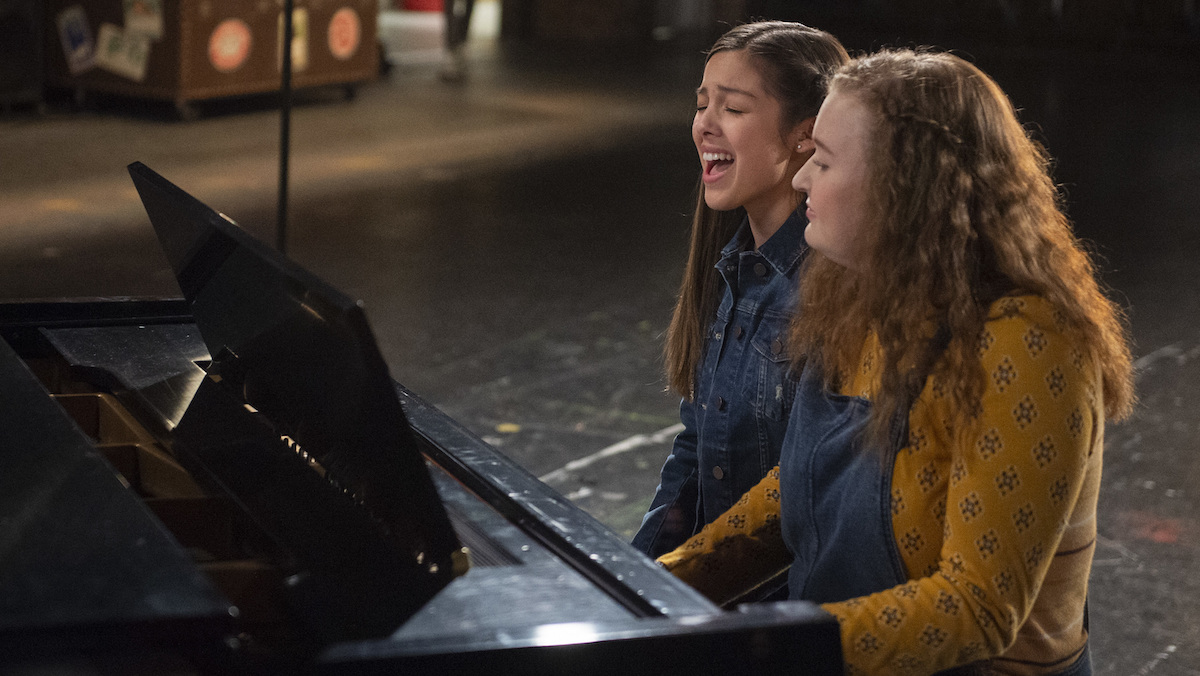 Despite Disney being masters at musicals, High School Musical: The Musical: The Series is the only program to have their own sing-along version at home. It’s in a different spot than the regular series, but it allows you to sing to some classic High School Musical faves and the fabulous new ones too. Like “All I Want,” “Just for a Moment,” or “Wondering.” Clear those pipes, because some belting is about to commence.

If you’re ready to go the distance, Hercules is for you. While Ariana Grande sang “I Won’t Say I’m In Love” during the Disney Family Singalong, you can too. There are also great hits like “Gospel Truth” and “One Last Hope.”

Not much needs to be said about the Frozen movies, other than you and your family certainly know all the words to the songs by now. “Let It Go” is a classic, and now with the second movie you can also burst out “Into The Unknown,” “Show Yourself,” and “Into The Woods.”

Moana has some really great visuals and songs, and “How Far I’ll Go” is, of course, a showstopper. You’ll probably want to rewind the film to sing “You’re Welcome” over and over again too. The movie also has such profound, beautiful messages. This is a good one to sit back and watch, too.

You’ve been ready to perform “A Spoonful of Sugar” since you were born, for sure. And now you can from your living room. Disney+ has both the original film starring Julie Andrews and new sequel starring Emily Blunt. So if you’re more of a “Trip a Little Light Fantastic” or “A Cover is Not the Book” fan, they’ve got you too.

Whether you want to watch the original Aladdin or the live-action remake from 2019, they’re both chock-full of great songs. There’s barely any time to rest during this one. There’s One Jump Ahead,” “Friend Like Me,” “Prince Ali,” and “A Whole New World”  to keep the whole apartment or house entertained.

‘Beauty and The Beast’

While only the original Beauty and The Beast is available on Disney+ right now, that’s more than enough for you to get your sing-along on. The movie has a lot of heart, and show the true power of love over everything else. So while you’re wiping away tears, you can also sing the songs “Be Our Guest,” “Belle,” “There’s Something There,” or the title song, you’re in good hands.