Jersey Shore has been around for over 10 years. In the early days of the show, outsiders would visit the house or the Shore Store to catch a glimpse of the roommates. Here’s what’s it was like to be on Jersey Shore, according to people who were in Seaside Heights, New Jersey, when the original series was being filmed. 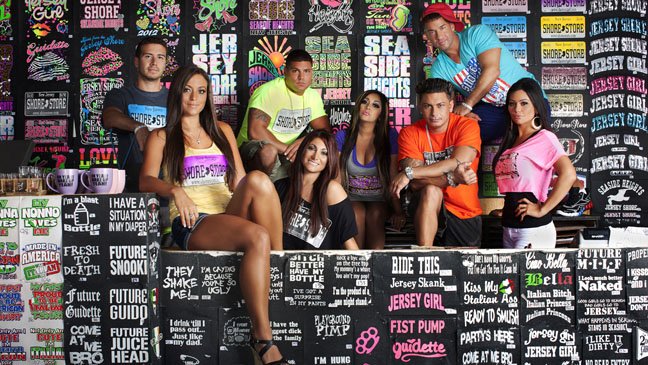 Both the men and women of Jersey Shore would bring guests back to their shore house. Whether they were friends, family, or someone they had just met at the club often determined the level of drama on any given night.

Most of the time, the men in the house had the harshest criticism for the way female guests looked. However, the female roommates could be just as harsh. In one scene, Nicole “Snooki” Polizzi refers to a group of women as “creatures.” After a group of women tried to get Mike “The Situation” Sorrentino’s attention, Polizzi only allowed one to stay. When she demanded the other women leave, a fight ensued — something many Jersey Shore fans became accustomed to when tuning in to the show.

Throughout the reality series, the men and women of Jersey Shore were often on the lookout for potential partners. Generally, the roommates were looking for someone to hook up with. Occasionally, someone would try looking for love, but that was rare. Regardless of who wanted what, a vocabulary developed between the roommates that helped them describe people and, in times of crisis, ask for help.

‘Grenade’ was never meant to be derogatory

“Grenade” is one of the most popular terms used to describe a girl on Jersey Shore. Just like “DTF” and “GTL,” “grenade” became part of their everyday vernacular. To many, the term was derogatory against women. But according to the cast of Jersey Shore, “grenade” was never meant to be demeaning.

RELATED: ‘Jersey Shore’: Danny Merk, Owner of The Shore Store, Reveals Who Was the Worst Worker

Eventually, the term was used by others to describe a “fat girl,” but Vinny Guadagnino says that was never his or his roommates’ intention. “The original definition of [grenade] was when you’re hanging out with a girl, she has a friend, and you need your friend to entertain the other friend who he might not be attracted to, but he’s just being a good wingman,” he explained to Vulture. “It could be any-looking person — it’s just someone your friend has to sacrifice himself for.”

Someone made a post on Reddit that contained an old tweet regaling the time they were on the show. “How does it feel to be a rando on Jersey Shore?” the tweet read. “You sign a release form just to watch your episode and find out how ugly [the cast] think[s] you are.” This sparked a conversation with other people who were filmed for Jersey Shore. Fortunately, being shot didn’t necessarily mean you were going to make an episode.

Another Reddit user recalled signing a contract to get into the Shore Store. “I just wanted earrings and belly button ring for my sister,” they recalled. “I was dodging the cameras hiding in and out of the clothes racks — especially when Mike start[ed] talking to me asking if I needed help. [When I told him what I needed], he said, ‘I got a stud for you.’” Their experience seemed positive, as they said they laughed while dodging MTV cameras. “He picked out earrings for me and I left.”

Some people had positive experiences when they agreed to be part of Jersey Shore. Others feel negatively about their experience, and some even regret what they did. Regardless, these people are part of MTV history.