Home » TV and Movies » Hispanic Lawmakers, Pushing for a Change in Hollywood, Start With ‘Selena’

Hispanic Lawmakers, Pushing for a Change in Hollywood, Start With ‘Selena’

First there was Selena Quintanilla-Pérez, the pathbreaking Latina singer who inspired a generation of artists and was killed at the cusp of national fame. Then there was “Selena,” the film that burnished her legend and propelled another Latina artist to stardom.

Tribute albums, a Netflix series and podcasts followed, and now, more than two decades after the movie’s 1997 release, a group of lawmakers are pushing for “Selena” to be added to the National Film Registry, saying its inclusion could put pressure on Hollywood to increase Latino representation in the industry’s ranks. The lawmakers’ effort was welcomed by film and Latino studies experts, who called it long overdue.

“It’s a recognition of Chicana and Latina talent in acting and representation,” said Theresa Delgadillo, a Chicana and Latina studies professor at the University of Wisconsin-Madison, “and a woman innovator in music at the center of it.”

Ms. Quintanilla-Pérez burst into the male-dominated Tejano music industry in Texas, winning critical adoration, a huge following and then a Grammy in 1994. She was shot and killed a year later, only 23, by the founder of her fan club. Her English-language debut, “Dreaming of You,” was posthumously released.

Over a quarter-century after her death, Ms. Quintanilla-Pérez remains a pop culture icon, especially among Mexican-Americans and Latinos from her native Texas. On Spotify, she has more than five million monthly listeners.” This month, the Grammys will honor her with a special merit award.

But the 1997 film, starring Jennifer Lopez as Selena and Edward James Olmos as her father, also deserves recognition, said Representative Joaquin Castro, a Democrat from Texas leading the effort in Congress. He said in an interview that Latino creators and their stories are too often brushed aside by gatekeepers of American culture, like Hollywood and the national registry, and that, in all media, Latinos are too often portrayed through negative stereotypes like gang members, drug dealers and hypersexualized women.

“Hollywood is still the image-defining institution in the United States,” Mr. Castro said about his project for more balanced representation. “All of us that walk around with brown skin or a Spanish last name, we have to face the stereotypes and narratives that are created by American media, and historically, some of the worst stereotypes have come out of Hollywood.”

In a letter from the 38 members of the Congressional Hispanic Caucus, Mr. Castro wrote that “the exclusion of Latinos from the film industry” mirrored “the ways in which Latinos continue to be excluded from the full promise of America — a problem that will not be solved until our stories can be fully told.”

He said the National Film Registry could “help dismantle that exclusion by preserving important cultural and artistic examples of America’s Latino heritage.” 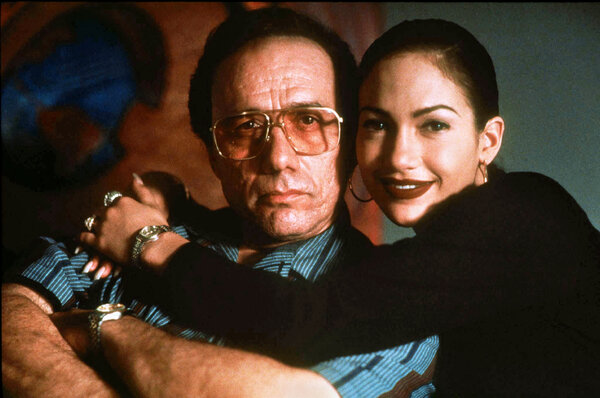 Every year, a committee selects 25 films to add to the national registry, which was established by Congress in 1988. Of the 800 films in the registry, at least 17 are examples of Latino stories, including “El Norte,” “The Devil Never Sleeps” and “Real Women Have Curves,” said Brett Zongker, a spokesman at the Library of Congress. Of 11 Latino directors on the list, 9 are men and two are women.

Though the film registry tries to reflect diversity in America, Mr. Zongker said, “unfortunately, women and people of color have been underrepresented in film history, especially as directors.”

The gap, between who Americans are and who features in major films, extends to speaking roles. Although Latinos make up the largest minority in the United States, accounting for 18.5 percent of the population, a 2019 study found that only 4.5 percent of all speaking characters across 1,200 top-grossing films from 2007 to 2018 were Latino.

Mr. Castro said he was still collecting input on other films to submit but “Selena,” as a particularly beloved film, is at the center of the effort. Frederick Luis Aldama, a Latino film and television professor at Ohio State University, said the film “shows the complexity, the dignity, the humanity and the richness of a Latino dad and his daughter, really showing us that we’re not just the ‘bad hombres’ as the Twitter feeds have been telling the world the past few years.”

Whether or not the film registry accepts it, a recent wave of appreciation for Ms. Quintanilla-Pérez’s work has swept through the entertainment industry.

“You have these kinds of artists that we lost when they were blossoming,” said Daniel Chavez, a Latin American studies professor at the University of New Hampshire. “These young figures become mythical in a way.”

In addition to the coming Grammy, Ms. Quintanilla-Pérez was recognized last year in the National Recording Registry for her 1990 album, “Ven Conmigo.” A Netflix show, “Selena: The Series,” premiered last year and will return in May. And a podcast about her legacy, named “Anything for Selena,” released its first episodes last week.

The podcast’s host, Maria Elena Garcia, said that as a young girl struggling with her identity, she was inspired by how Ms. Quintanilla-Pérez unapologetically embraced her Mexican and American heritage.

“She was whole in both places,” Ms. Garcia said in an interview. “Even though she didn’t sound like people born in Mexico, she told them, it’s my heritage, and I can claim it too. That was incredibly profound for me, even though I was a little girl.”

Seeing her success, Ms. Garcia added in the podcast, felt like “she brought us with her.”

It was that feeling of representation for young Latinas that moved the filmmaker Gregory Nava to direct “Selena,” he said. While weighing whether to make the movie in the mid-1990s, Mr. Nava recalled taking a walk in Los Angeles and seeing two young Mexican girls wearing Selena T-shirts. “Why do you love Selena?” he asked them.

“Our stories need to be told,” Mr. Nava said in an interview. “Those young girls I made ‘Selena’ for, they’re grown up and have young girls, and they need more beautiful images about who we are.”

Some scenes from “Selena” have loomed large for many Latinos, like one where Ms. Quintanilla-Pérez and her father, Abraham Quintanilla, are talking about the problems Mexican-Americans face simply speaking English and Spanish to different audiences.

Ultimately, Ms. Quintanilla-Pérez became an idol to many Mexicans and Americans alike, but the film’s impact is arguably most felt in Texas, the singer’s home. “Selena” was made on a small budget, Mr. Nava said, so when he wanted to recreate Ms. Quintanilla-Pérez’s last performance at Houston’s Astrodome, he turned to the community to help.

“I insisted we shoot in Texas because I wanted to shoot in her land,” Mr. Nava said. “She was the earth, the sky and the sun of Texas.”

In newspaper advertisements, he asked the community to come dressed as if they were going to Ms. Quintanilla-Pérez’s concert for the opening scene. Mr. Nava said more than 35,000 people showed up.

And droves came out for other scenes, including an extra who was later elected to Congress, Mr. Castro.