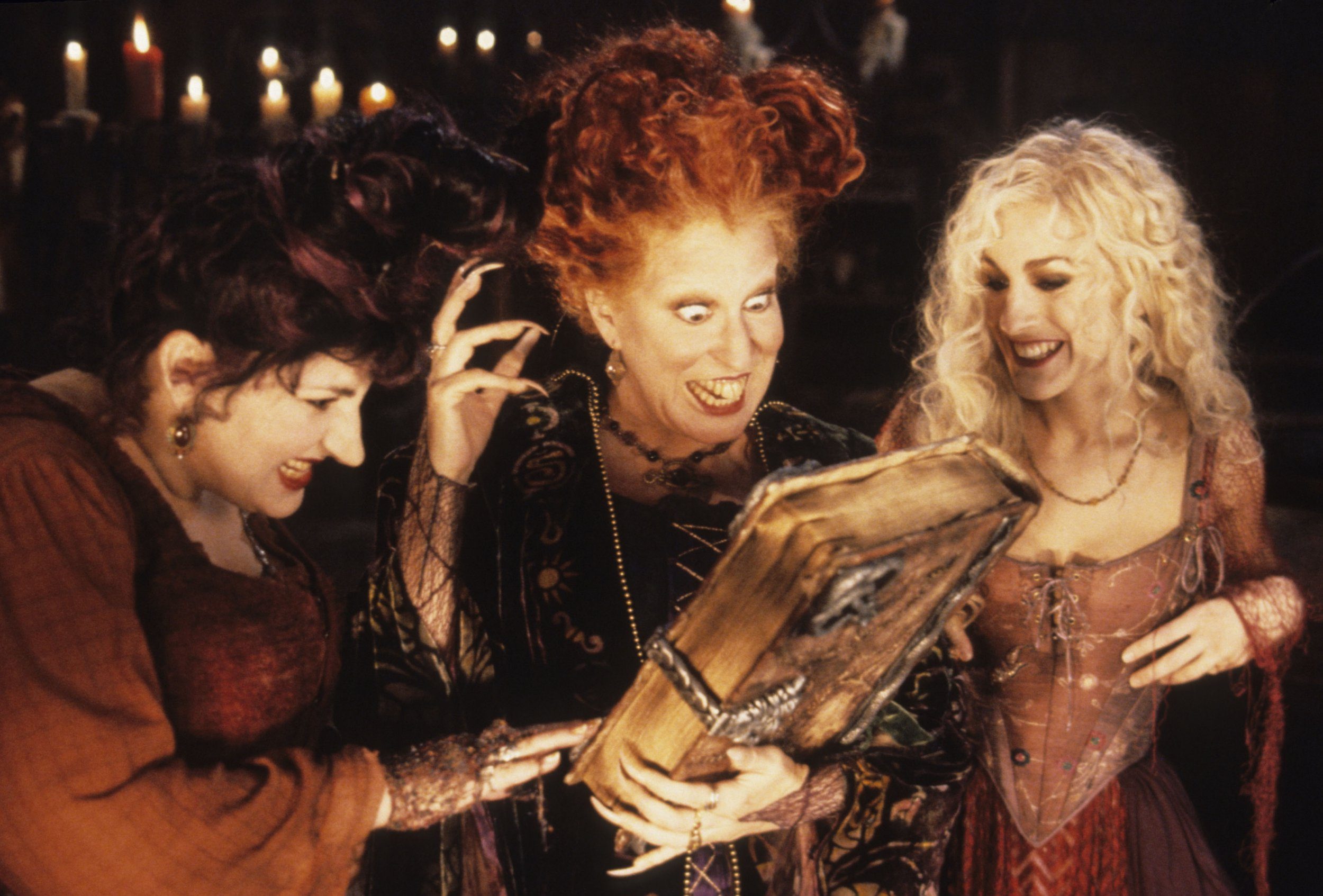 Sistaaaahs! Get ready to finally welcome back Bette Midler, Sarah Jessica Parker and Kathy Najimy for the hotly anticipated sequel to Hocus Pocus.

Hocus Pocus 2 has officially been announced by Disney and will exclusively premiere with the full trio of Sanderson sisters present and correct on Disney Plus in 2022.

The 1993 original received a lukewarm initial response but has gone on to take its place as a celebrated cult classic in the following 28 (yes, 28!) years.

In Hocus Pocus 2, we have three young women accidentally bringing the Sanderson sisters back to modern day Salem, who must then figure out how to stop the child-hungry witches from wreaking a new kind of havoc on the world. I mean, if it ain’t broke, why fix it?

All three original stars, who you may recognise from other small projects like Sex and the City (Parker), Sister Act (Najimy) and achieving a legendary career spanning music, theatre, film and TV (Midler) have expressed their delight at the news on social media.

Production is slated to begin this autumn (how seasonally fitting), under the direction of Anne Fletcher (The Proposal, 27 Dresses), who takes the reins from original director Adam Shankman, as he is busy directing another longed-for Disney sequel with Disenchanted.

He will, however, remain on the project as an executive producer.

Shankman explained: ‘As heartbroken as I am that I won’t be able to direct my friends Bette, Sarah Jessica and Kathy in what is sure to be nothing short of a major event for Disney+ due to scheduling conflicts, I couldn’t be more pleased to be handing over the reins to Anne, who has brought so much laughter and joy into people’s lives with her previous work.’

Fletcher commented: ‘Now more than ever, people need to laugh. We should be laughing every day, and there is so much fun to be had with these three unbelievable women playing delicious characters from such a beloved film.

‘I am so grateful to be able to play a part in bringing these witches back to life, and to be working with my friends at Disney again makes it all the more special.

This is a movie for everyone, from the fans who grew up with the first film to the next generation of viewers, and I can’t wait to get started.’

No word yet on any Thackery Binx involvement (in cat or human form), but a girl can dream, right?

Hocus Pocus 2 will premiere exclusively on Disney Plus in 2022.