HOLLY Willoughby was in hysterics as she joked about sunbathing her naked vagina to "feel sexier".

The presenter, 40, was being introduced to "yoni" sunbathing by Scandinavian sex coach Asa Baav on This Morning. 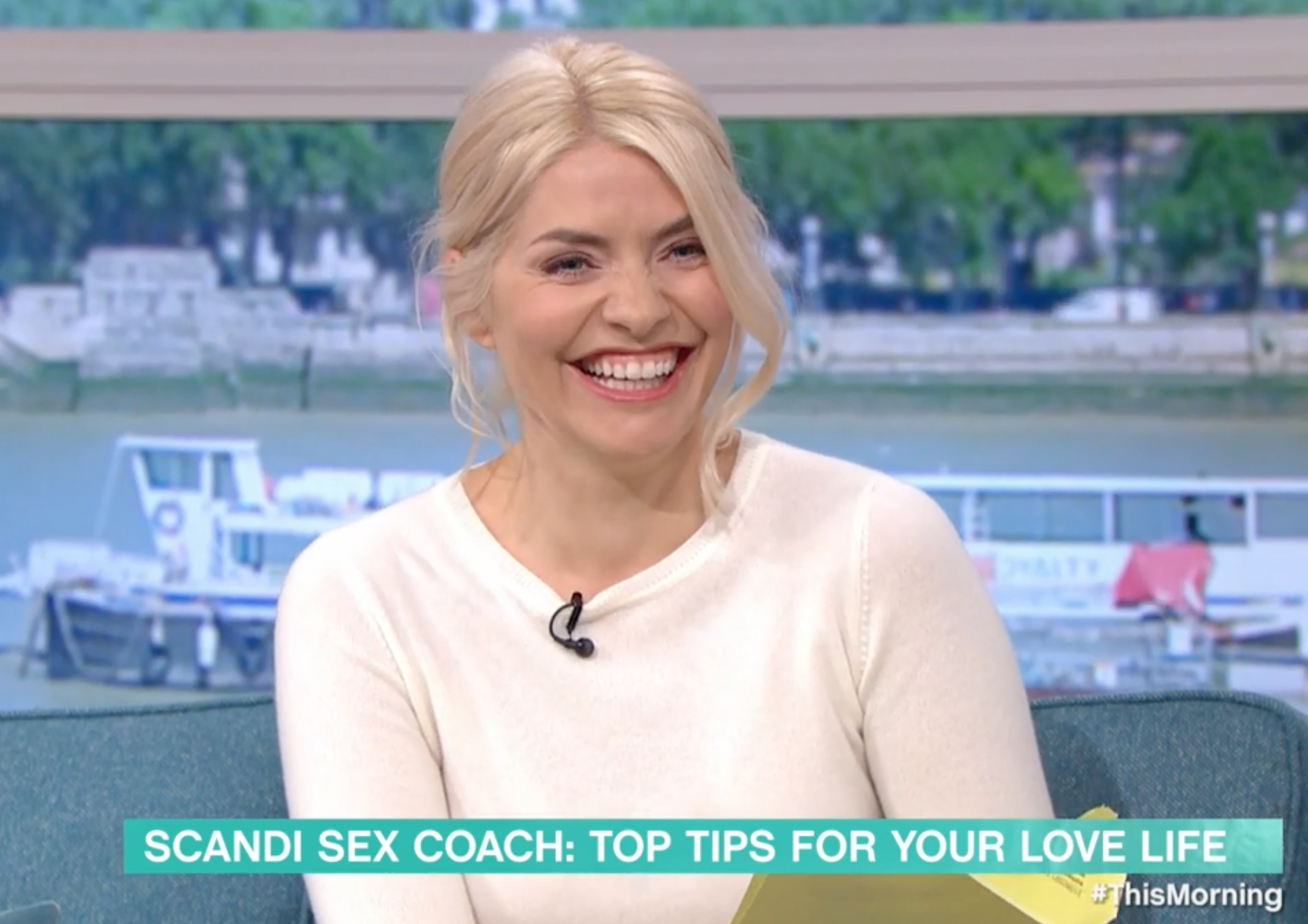 "This was a new one for me.. a Yoni sunbathe," said Holly.

"So, Yoni is the term used to describe all female's sexual and reproductive organs.

"Sunbathe? How do you do that then?"

The sex coach replied: "It's about to connecting to yourself and your femininity by exposing sunlight to that area, but you have to be very careful. 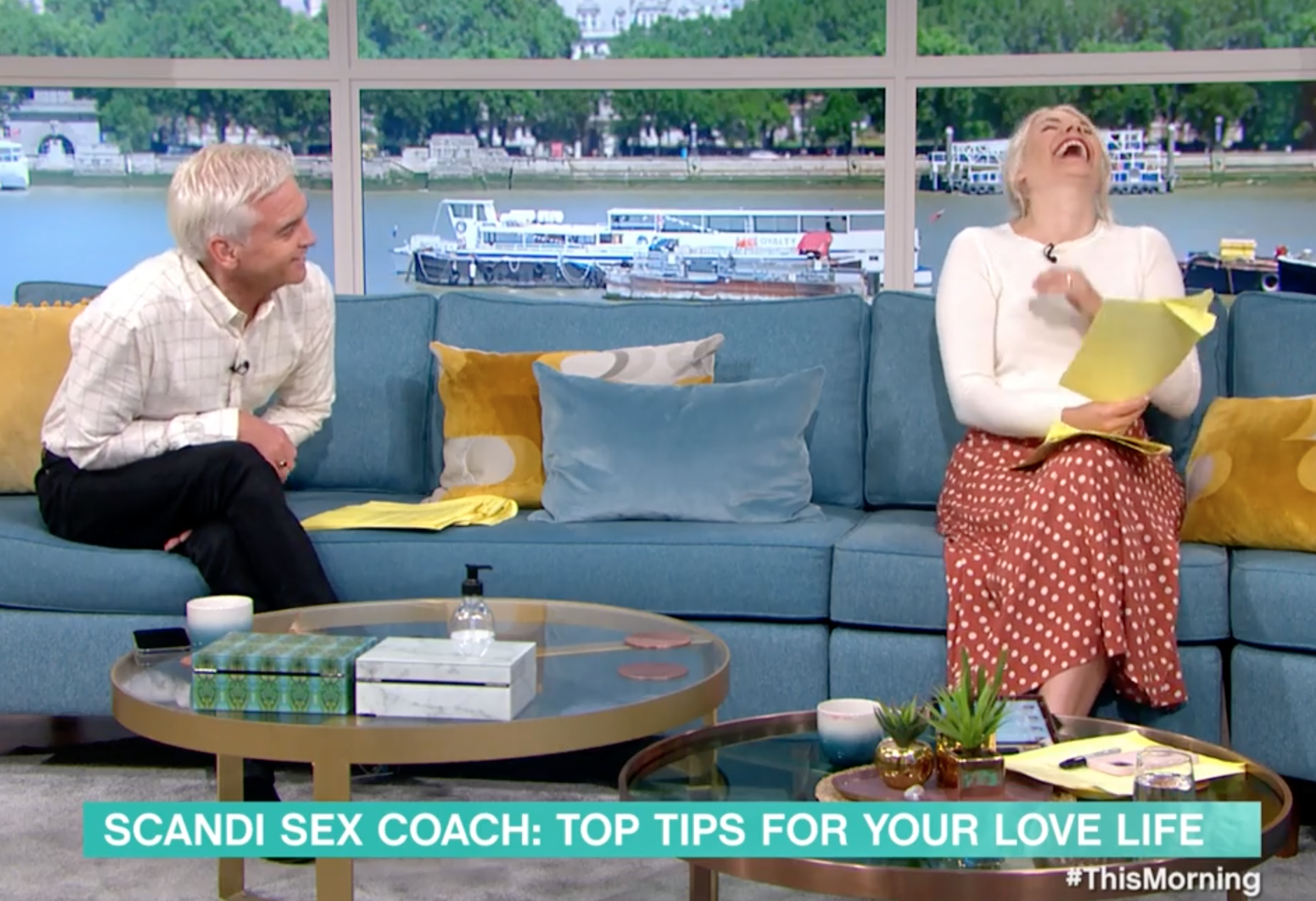 "So it can be from five seconds up to five minutes – not when the sun is very hot during the day."

Her co-host Phillip then said: "So if you haven't got a garden, just lie in a patch of grass in the sitting room?"

He then turned to Holly and asked: "Do me a favour when I cycle past will you shut the curtains? 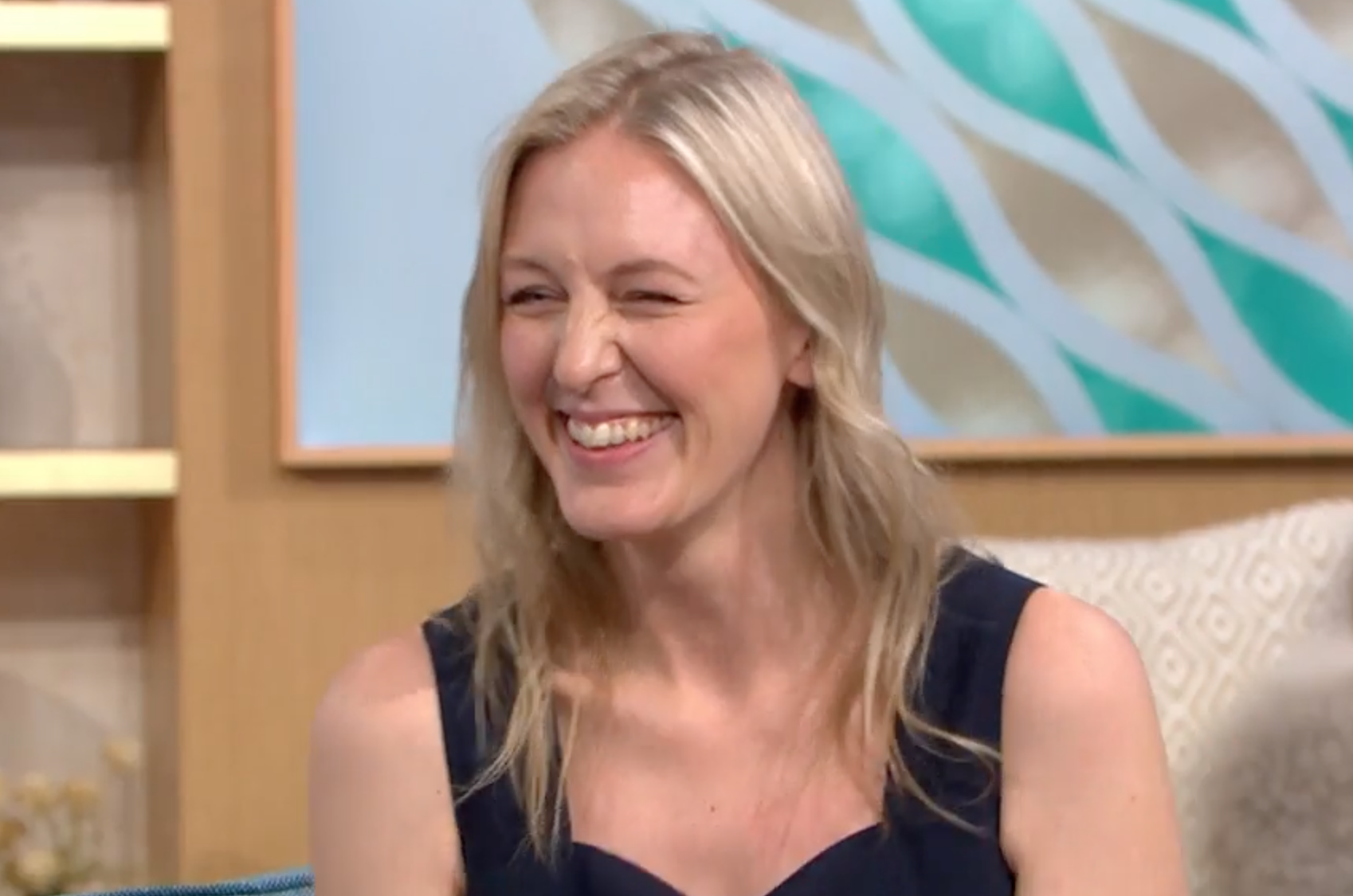 Holly threw her head back laughing before pressing the sex coach further about the health benefits of sunbathing your "yoni".

She asked: "Why is it good – because it's liberating or the sun does something?"

"Yes, it gives a boost of energy but it's also very liberating," she added.

"Everyone should try it."

She added that Scandinavians are "very open minded" and like to strip off at every opportunity.

Asa believes Brits should make their sex lives more like them – by sunbathing their genitalia and having an organised sex toy draw.

"Yoni" is a term used to describe all female sexual and reproductive organs.

Sharing her show notes before going on air, Holly's script said: "This will enhance your confidence in yourself and make you feel sexy."

She added: "Damn this cloudy morning! See you on This Morning at 10am to find out more… SPF anyone?"