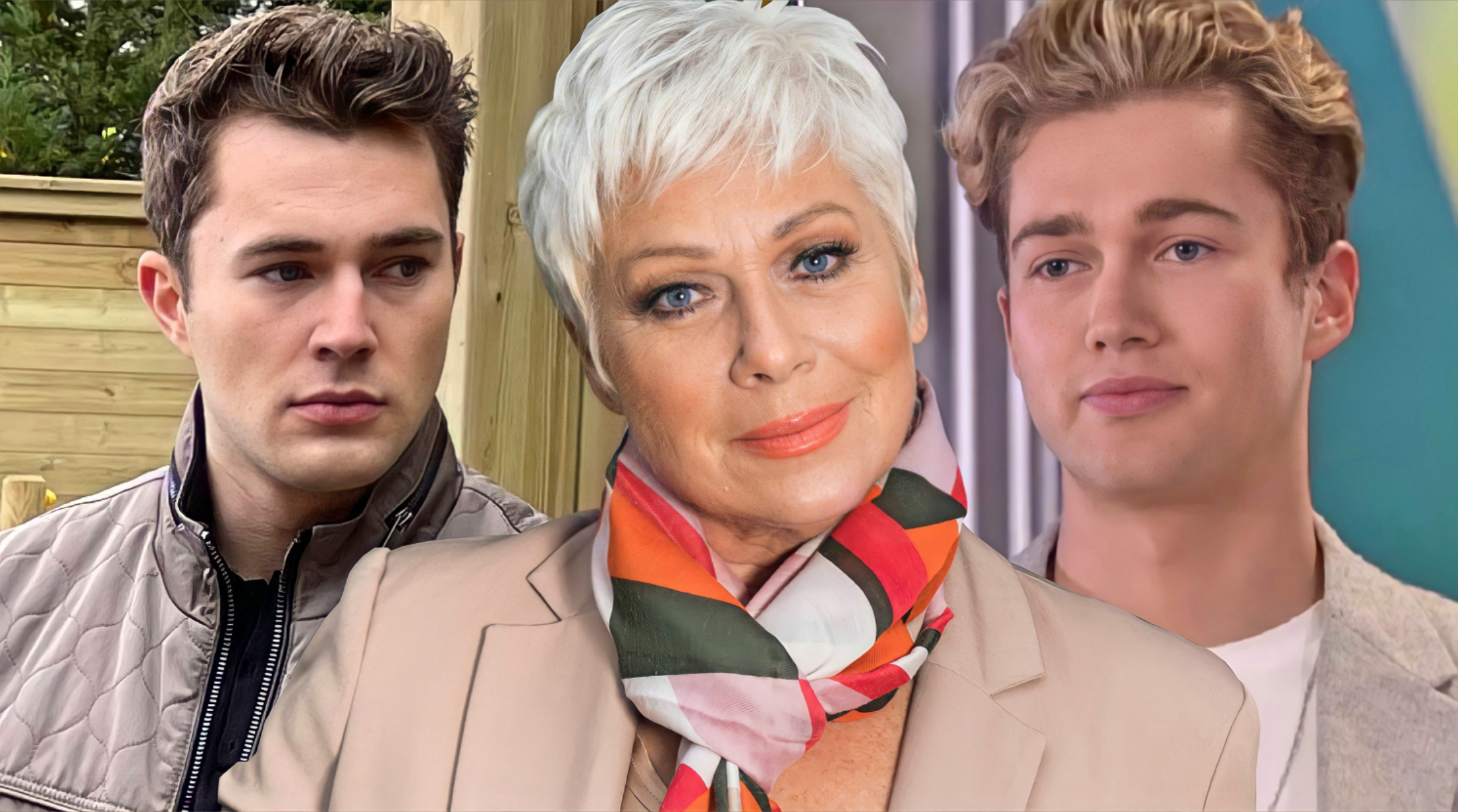 Trish Minniver’s (Denise Welch) hopes and dreams could be destroyed in Hollyoaks next week, as Marco (AJ Pritchard) returns with his brother Jacob (Curtis Pritchard) in tow.

The dance teacher has been hellbent on making her school a success.

Her launch didn’t go as planned last month, when old rival Marco arrived, but she’s refusing to allow such a thing to stop her.

Next week, however, Trish receives something of a shock when Marco applies to be her assistant.

Can he be trusted?

Trish doesn’t reckon so, and she later confides in ex Fergus Collins (Robert Beck) about such a thing – worried that Marco could ruin her reputation.

Fergus encourages her to give the young lad an interview.

What happens next remains to be seen, but it soon becomes clear that Marco does, in fact, have an agenda.

He later meets with brother Jacob in the park, and the two siblings discuss what they’ve got in store for Trish!

Are they up to no good?

What’s more, will Trish suffer as a result?