HOLLYWOOD legend Mel Gibson has revealed he wanted to film the whole of Braveheart in GAELIC.

The actor and director dropped the bombshell during a UK exclusive chat with The Sun to mark the 25th anniversary of the blockbuster movie. 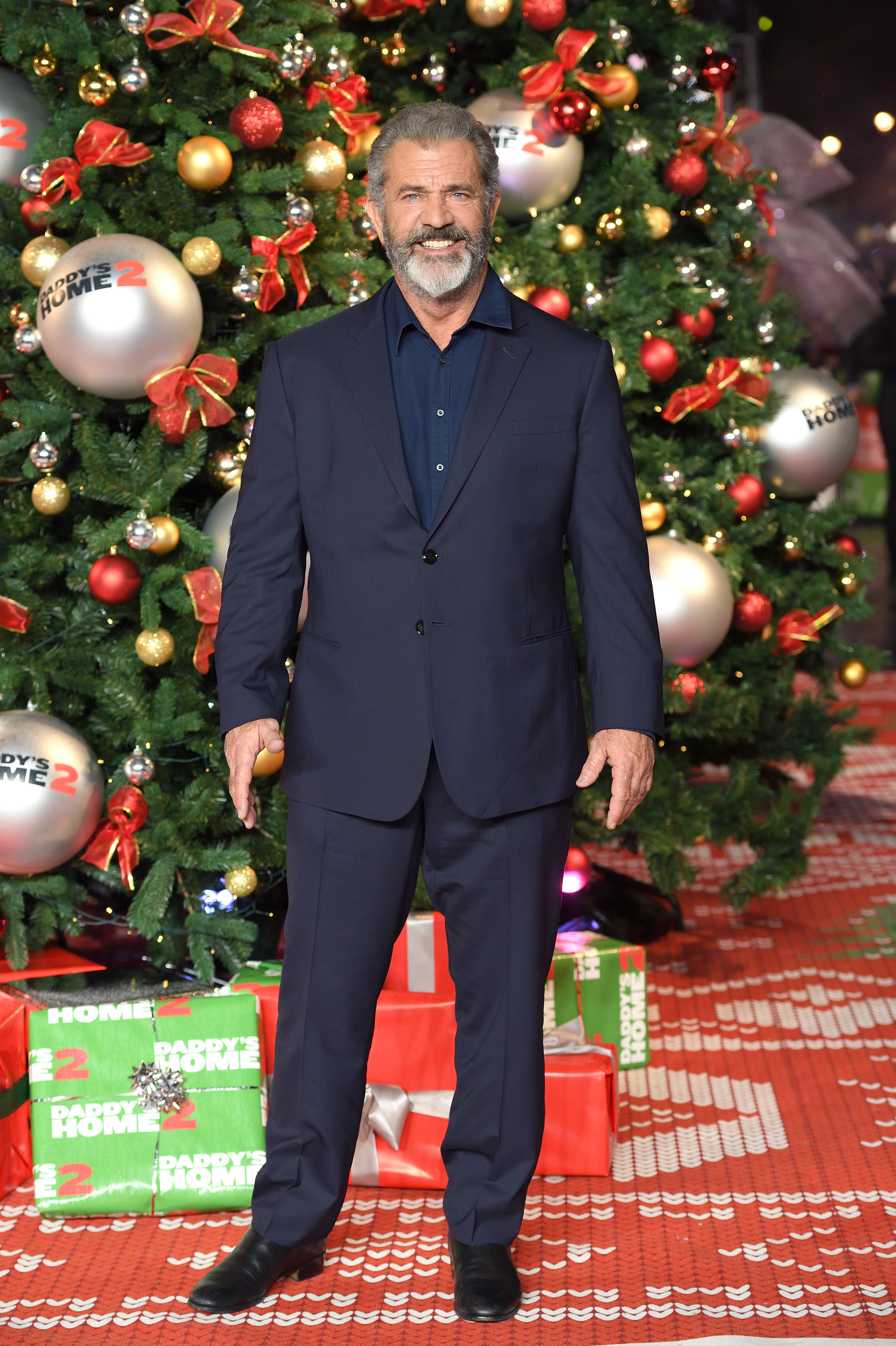 Eager to keep the William Wallace epic as authentic as possible, the Lethal Weapon and Mad Max star, 64, even learned some key phrases ahead of shooting the Oscar-winning flick.

But he dropped the idea after considering how it could appeal to a global audience.

Speaking from his Los Angeles home, Mel said: “It’s always been a thing of mine — an interest in languages which aren’t dead, but hardly spoken anymore.

“I’ve made two films like that. I found it to be something that would make it so real for people like with The Passion Of The Christ in Aramaic and Apocalypto in Mayan.

HOW KEY LINES COULD LOOK…

"They may take away our lives, but they'll never take our freedom!"

“There’s something utterly believable about people and their culture when it’s in another language.

“Ultimately, I didn’t have the stones to jump right in and do it at that point. It was only my second film and I thought it might not work so didn’t have the balls to do it until around ten years later.

“It’s also important for the audience to understand the words.

“I was jazzed by that idea but ultimately didn’t have the cojones to do it.”

He added: “I hung out with the Wallace clan in Glasgow and they say things all the time.

Mel, who is isolating at home with girlfriend Rosalind Ross, 29, and their three-year-old son Lars, admits he’s been thinking a lot about the impact of Braveheart during the pandemic.

The movie was hailed by historians as helping to pave the way for Scotland's independence referendum. 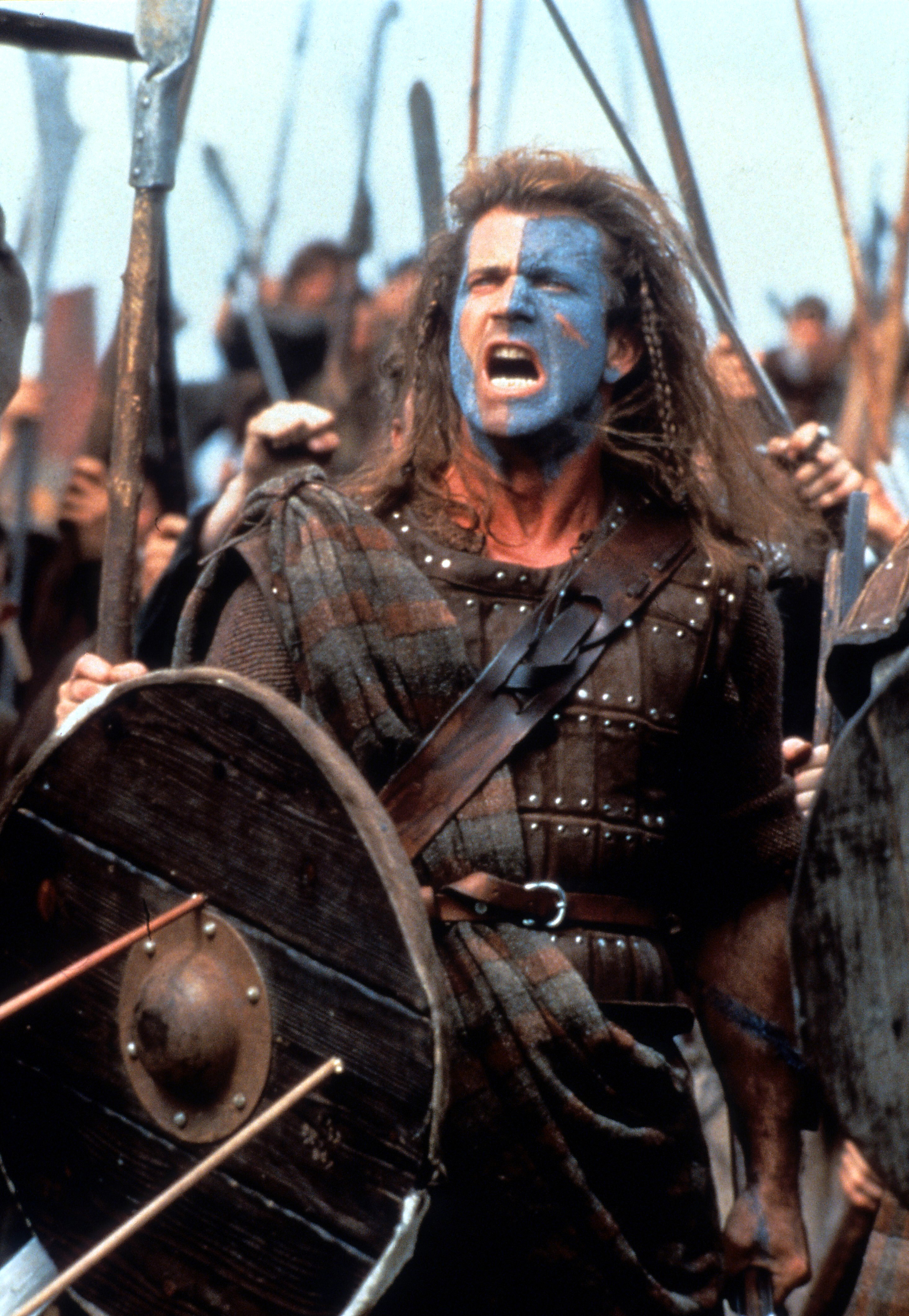 The flick — which took £300million at the box office — was the biggest movie ever shot in Scotland at the time.

Mel said: “I haven’t been following the ins and outs of the politics of Scotland. I’m not from Scotland so don’t really have the right to have a dog in that fight.

“But I thought it was phenomenal that a piece of art could influence how people govern themselves. It’s remarkable.

“I can say that 25 years goes by in a heartbeat and it still seems like yesterday. I wasn’t exactly a fledgling director as I had directed one small film and had put my toe in the water a year or two before Braveheart.

“This was the second outing and I just went big and, for its time and place, it was a big film.

“And had we not had the assistance of Scotland and Ireland in making it would have been almost impossible. They welcomed us with open arms.

“The drive from the hotel to Stirling Castle where we screened the film in Scotland for the first time was quite a journey. All the way there, I was amazed by the crowds as I’d never seen anything like it.

“There were so many people on the side of the road for the entire journey. I got choked up. It was an amazing experience.

“My 30-year-old son Milo sent me a photograph the other day of me standing on set in a raincoat with a kilt on looking glum on   a miserable day and he was this tiny kid standing there. I told him I want a copy.” 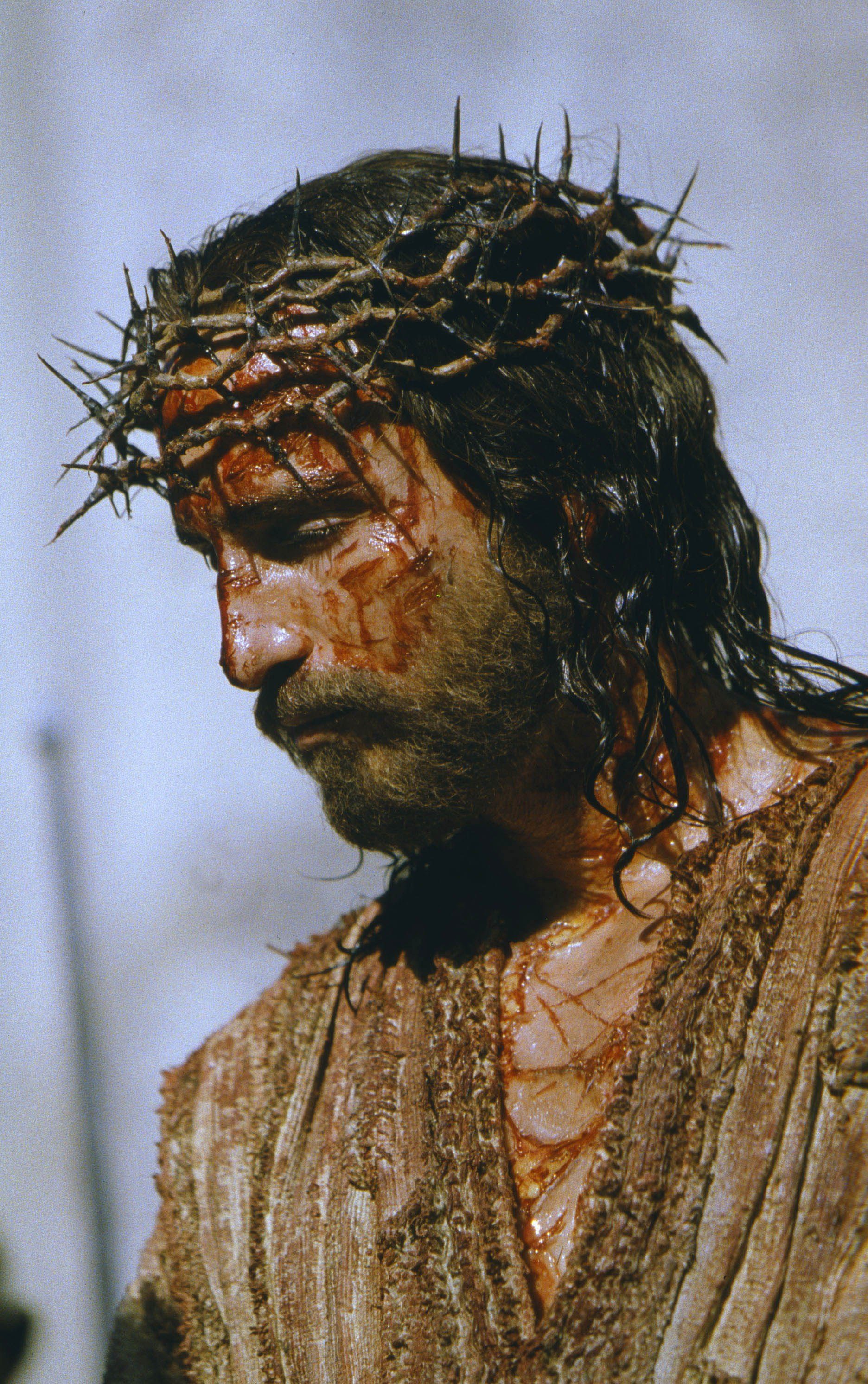 Last year Mel played a Scot for the first time since Braveheart when he portrayed Professor James Murray in the Professor And The Mad Man, who in 1879 began compiling the Oxford English Dictionary.

And he refuses to rule out a return for another flick.

He even has an idea for his pal and Braveheart screenwriter Randall Wallace to write a movie about The Battle Of Culloden in 1746.

Mel reckons the final confrontation in the Jacobite rising of 1745, would be different to Braveheart because the Jacobite army of Charles Edward Stuart lost to British government forces in the Highlands. He said: “The Jacobites lost but it’s such a remarkable event in history and so sad.

“I remember watching a BBC film called Culloden, directed by Peter Watkins, when I was 12 years old.

“It was phenomenal and I remember thinking how crazy it was. It really fired my imagination.

“That’s another story you could tell. It’s very political and they almost pulled it off that time. Randall should look at that, why not!

“All the clans came down and it was an interesting time. Amazing yet so sad.

“I went to visit the battlefield and looked at the markers of all the dead,  they buried them with their families. It was pretty moving.”

However, Mel, who has multiple movies which can’t be released properly because of the pandemic, fears it could be a while before any of his big ideas come to fruition. 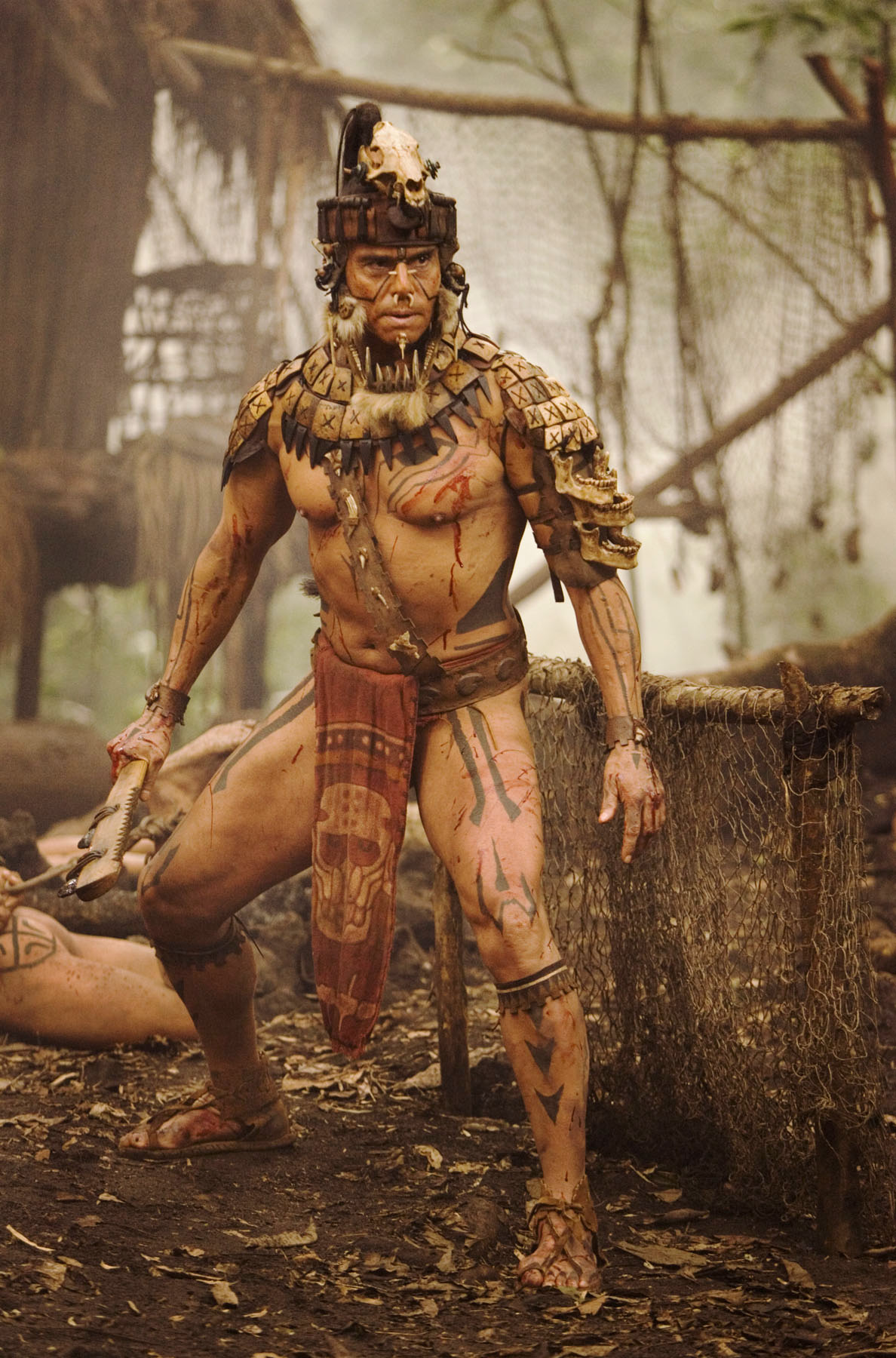 He stars in the flick Force Of Nature alongside Kate Bosworth and Emile Hirsch which is set for release next month.

He is also writing a film which he describes as a new take on The Wild Bunch, a 1969 western about a troop of ageing outlaws who  plot a grand heist.

With Hollywood shut down, he’s not sure how everything is going to pan out. Mel said: “I was in a few movies and two or three  are in the can but there’s nowhere to release in the cinema.

“Maybe they can have some kind of life on some of these streaming services but I don’t know how anybody is going to do it.

“The whole industry has been thrown to the dogs. I was talking to a theatre owner,  one of the big chain guys, who was telling me what he’s losing every month.

“It’s around $40million a month he’s just bleeding. He said he’d be OK until the New Year then he’d be out of business.

“And this is a big corporation so the cinema industry is being beaten to death by this pandemic and it’s hard to say where it’ll go.”

Mel was also scheduled for his first return to Scotland since Braveheart with An Experience With Mel Gibson on December 8 at Glasgow’s DoubleTree by Hilton Hotel Glasgow Central. But after many other of his speaking engagements were cancelled, he’s hoping this one goes ahead.

Mel admitted: “I’ve not been back since Braveheart so I really want to get back.

“I’m hoping that it  will come together but what’s happening is so crazy that there’s no guarantees.

“But I’m sure it will all come together one way or another.”